I'm trying to teach myself electronics from an old textbook, "Fundamentals of Electric Circuits", \$4\$th Edition, by Alexander and Sadiku. On page \$41\$, I can't figure out how they did example \$2.6.\$ See this diagram: 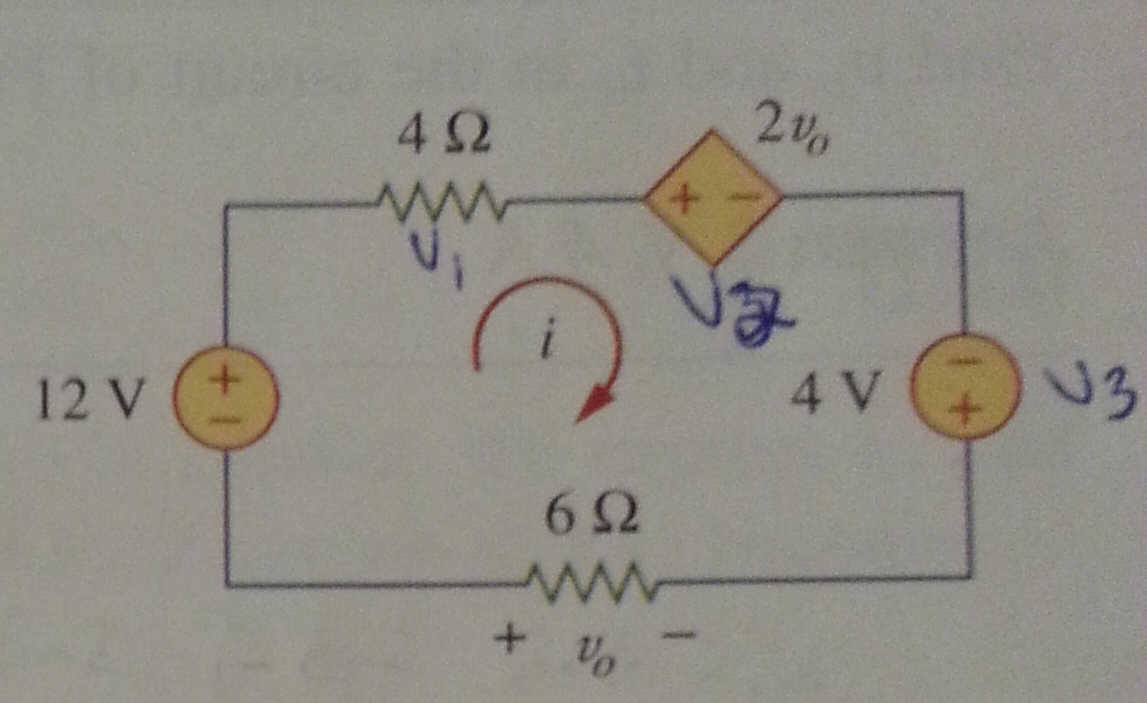 But the book says it's \${+6i}\$. The current is flowing to the negative pole of the resistor, so it should be negative, right? Is the book wrong, or am I misunderstanding something?

The book text for the problem reads:

I'm not understanding something.

I think you may have an issue with one of the signs. Going around the loop, I get:

disclaimer: I don't have the book, so I may be missing something. Here goes nothing.

The circuit doesn't have a pre-determined ground. I can choose any node as ground. For the sake of convenience, I choose this place as ground (bottom right corner). 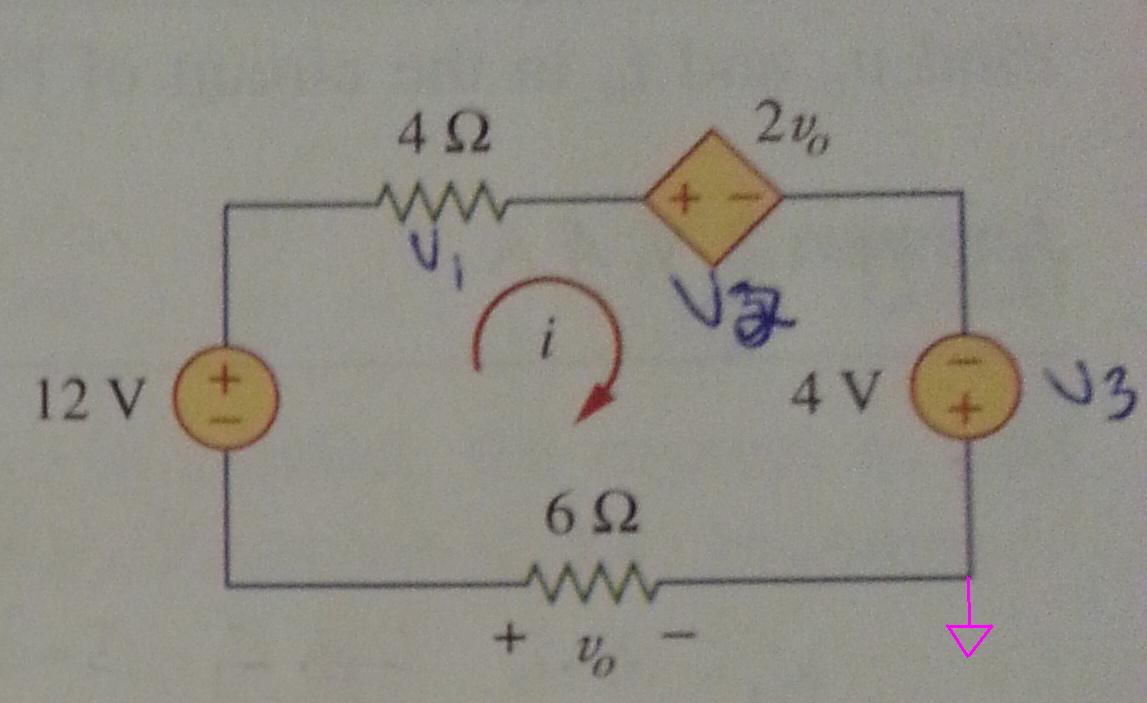 Starting at that place and going clockwise. KVL.

Now we know everything that's going on in that circuit.

edit: In response to more text from the book.

Compared to the first equations in Alex's and mine posts, the book solution has inverted signs. In the book, both resistor drops are have a positive sign, while 12V and 4V voltage sources have a negative sign. But, this sign inversion is consistent. That's why the answer is the same.

But, the sign choice in the book seems counter-intuitive to me too.