I have a police scanner that has a couple of modules in it.

One of these modules is marked 390G (Data Sheet)

I can't see the other modules number but it looks identical. I know they are NOT the same however because the 390G needs a flat head screwdriver and the unidentified one needs a phillips.

Now from what I can tell the unidentified module is the one that controls the frequency. When I turn it with a screw driver I can hear the static pitch in and out. The 390G however doesn't seem to change anything so I don't know what that does.

My question is, how does tightening or loosening this module effect the frequency that it picks up? 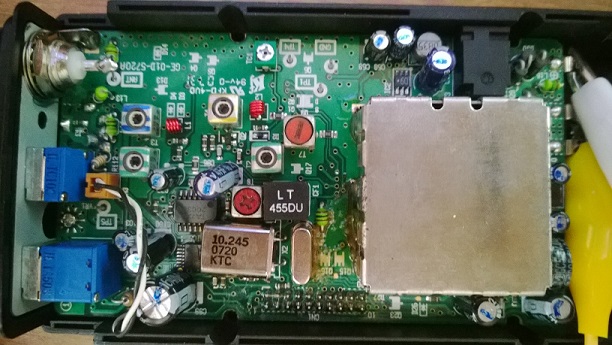 Note: I am not attempting to modify this device to intercept cell phone traffic. I read the warnings. Please refrain from posting FCC guidelines and regulations.

The inductor you linked to, is a simple inductor in a smd package. It is not variable.

Some look more coil/inductor like, some are identical to smd resistors so you can't tell the difference.

These are bigger inductors, through hole, same concept. Notice the thing the wire is wrapped around. That is a core. 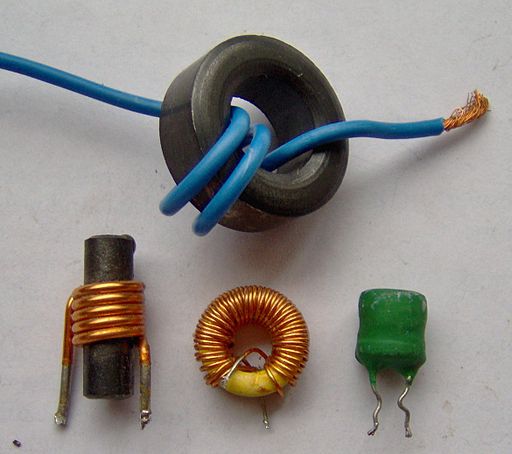 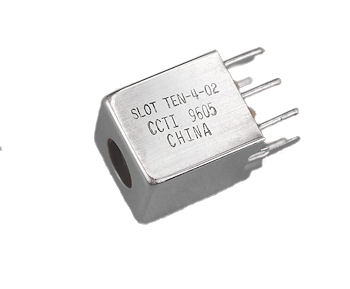 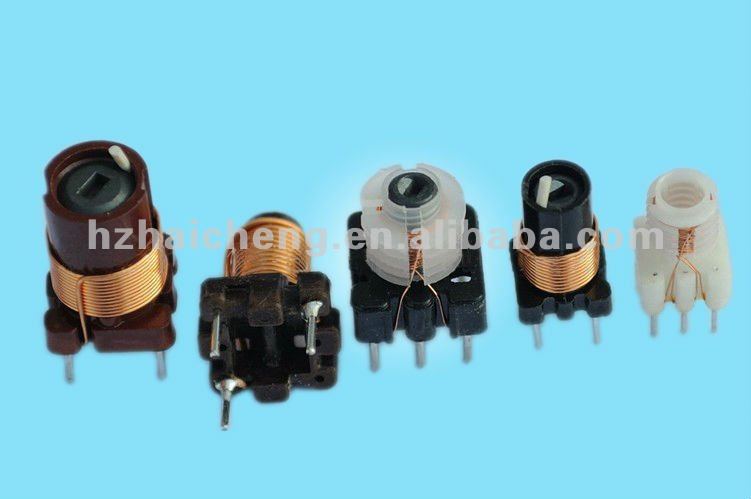 They are also coil wrapped around a core of some typical type (Iron, Ferrite, etc), like normal inductors. But the core can move in and out of the coil. To quote wiki:

Probably the most common type of variable inductor today is one with a moveable ferrite magnetic core, which can be slid or screwed in or out of the coil. Moving the core farther into the coil increases the permeability, increasing the magnetic field and the inductance. Many inductors used in radio applications (usually less than 100 MHz) use adjustable cores in order to tune such inductors to their desired value, since manufacturing processes have certain tolerances (inaccuracy). Sometimes such cores for frequencies above 100 MHz are made from highly conductive non-magnetic material such as aluminum. They decrease the inductance because the magnetic field must bypass them.

As to how it works in a radio application, to quote the wikipedia Tuner_(radio) article:

The simplest tuner consists of an inductor and capacitor connected in parallel, where the capacitor or inductor is made to be variable. This creates a resonant circuit which responds to an alternating current at one frequency. Combined with a detector, also known as a demodulator, (diode D-1, in the circuit), it becomes the simplest radio receiver, often called a crystal set.

The power received in the antenna is channeled through the inductor, amplifying certain frequencies of it.

But Radio Scanners, especially digital ones in the last two decades now, are not a matter of trivial changes. By modifying the inductor values, you are most likely simply detuning it. Without a oscilloscope or rf spectrum analyzer, you are just blindly changing values. Add to this the limited inductance range that a variable inductor has, which is made for simple tuning modifications, not full spectrum changes. As an analogy, screwing a variable inductor is like adding 32~36 PSI to a 34 PSI tire. For a modification for a scanner, you have to replace the inductor completely for one in the range needed.

Just as a note, it is legal to modify a scanner for certain frequencies, but not others.

Not the answer you're looking for? Browse other questions tagged rf radio inductor inductance ham-radio or ask your own question.