I have a transistor, driving a normally open reed relay (protecting transistor with flyback diode), driving a solenoid. The solenoid is actuating at about 3 Hz.

I tested one of the "dead" relays. The coil exhibits the correct resistance, 250 ohm. The reed switch is also open.

I would have expected this to be a failure where the contacts are welded together, but the fact that a "dead" relay is open and that it only sticks after it has first been energized lead me to believe there is something else going on. Does anyone have an explanation for this failure?

The diode is across the coil, not the switch. The literature I have read indicates that the diode is usually for the protection of whatever drives the reed relay's coil.

Every relay has a life expectancy... they are not infinite. You are saying that at 3 hertz you activate it a few million times, that is a lot of activations for a relay.

As you have not provided a part number, for illustrative purposes, I have used a generic one. The datasheet of your relay should have a graph like this one... 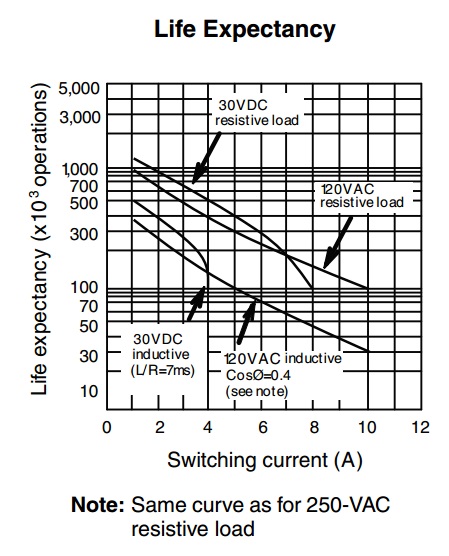 As you can see, in this relay particularly, the maximum life operations it can have no more than a million and a half operations...

That type of failure is normal in relays because the contact material starts wearing away with normal operation, and if you operate at the maximum rated load, as you can see in the table, the relay will have no more than 30,000 operating cycles.

I hope this information is clear enough.

Did you protect the reed relay from the solenoid Back-EMF? When you energize a coil such as the one in your solenoid, and then suddenly cut the power, a very high voltage, like tens time the energizing voltage, appear a the coils ends. That voltage surge is likely to cause an electric arc in your reed relay and will accelerate its aging process. There are many ways to protect a relay from back-EMF surges, one of the cheapest/easiest is to bridge the solenoid ends with a TVS diode.

Transient Voltage Suppressor (TVS) diodes are designed to be blocking below a predefined voltage, and conductive otherwise. They also can withstand pretty high voltage. When you clamp your solenoid ends with one of these, back-EMF surges are shorted by the diode and stays "trapped" in the coil and cannot damage your Reed Relay.

You need to choose a TVS diode with a reverse standoff voltage > your installation voltage and a Clamping Voltage < your reed relay max voltage. 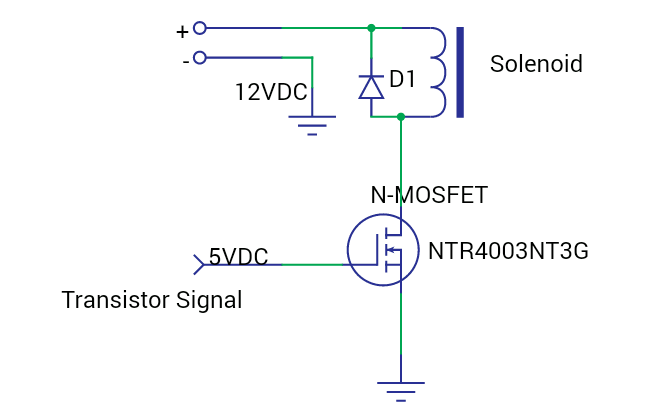 Not the answer you're looking for? Browse other questions tagged relay reed or ask your own question.