We usually take 40% buffer on the calculated minimum inductance value (so that inductance at rated current will not vary much and ripple will be under control) and choose the inductor.

I think lower inductor values will have more ripple, good transient response, as inductor value increases there will be less ripple and less pressure on output capacitors.

Is there any higher limit on the inductor value for a buck converter?

My requirements are the following:

I have seen in WEBENCH from TI/National Instruments where maximum value of inductor is specified, but I'm not sure how they have calculated it.

Increasing the value of the inductor will sooner or later turn your circuit into Continuous Conduction Mode (CCM), where there is a constant DC current flowing through the inductor, and the ripple current (the triangle waveform) being superimposed on this base DC current. 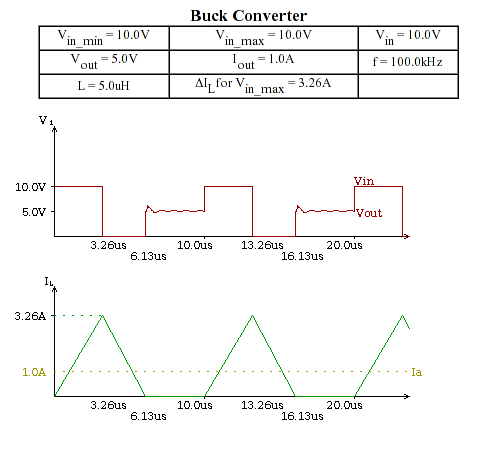 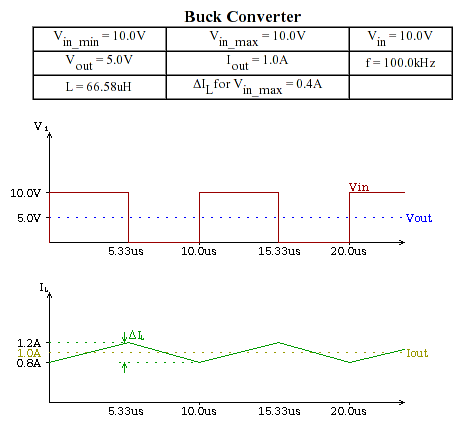 What disadvantages are there for having a larger inductance?

Not the answer you're looking for? Browse other questions tagged inductor buck transient or ask your own question.