I am having trouble interfacing a VC0706 Camera with only an AVR Microcontroller. I am using simple serial communication but the camera does not respond. I tried connecting it with a computer but still no response from the camera.

Moreover I am having difficulty in understanding the following:

Usualy, the connetion in serial problems are due to difference in speed communication, CRC, odd or even parity, etc. So check if the configuration are the same.

I is also a large memory for a single microcontroler, then you'll need to add an external RAM, as large as the microcontroller's pins allow addressing.

Hope I could help you.

SPI/UART interfaces are only for controlling VC0706 . You should read digital video from CCIR656 output channel(8/16 databits, 1/2 frame syncs, pixel clock etc), you can convert to analog video using any video encoder like ADV7171. 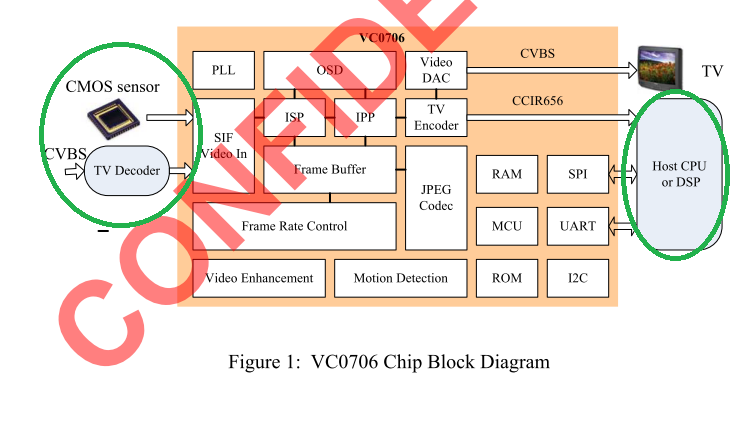 The image will be streamed over serial to your MCU as a JPEG image. And an ATmega32 (like the ATmega328p in the Arduino) only has 2K of SRAM, nowhere near enough to hold even a QQVGA (160x120) image.

With some savvy coding you might be able to decode the image on the fly if you are looking just for specific pixels, but since JPEGs are stored in "ZigZag" order it will be tricky.

Most people just stream the image directly to SD and don't analyze the image. Cameras such as the OV7670 are better suited to direct access by the microcontroller, but the image will still be too large to store in memory.

If you are looking to process images in memory, I would recommend looking at beefier microcontrollers, like the xmega384 (32K), the pic32 (up to 128K), or ARM microcontrollers (up to 262K IIRC). One option to consider is the Arduino Due which has an ARM Cortex-M3 MCU and 96K of ram which is enough for a 320x240 greyscale (or indexed color) image.

Not the answer you're looking for? Browse other questions tagged microcontroller avr camera ttl or ask your own question.

5
Interfacing AVR microcontroller to ADC, waveform generator and other peripherals
5
Communicating via USART with an AVR - Input Buffer?
3
I2C communication with AVR - how to let the lines "float"?
1
ATMega32 USBasp not programming
1
USB Device Latency
0
Interfacing microcontroller with external circuit - detect LED and simulate and detect button press
0
Types of signals being sent through different types of cameras