I have built the following circuit. I am using a microcontroller via 3 transistors to drive the transformer and applying a 50% duty cycle 15kHz PWM signal.

With 18V applied to the VIN header input, I am not getting the expected (approximately) 9V output, instead I measure 7.2V approximately. When varying the PWM duty cycle I also do not get a variation that I would expect. This led me to check the waveform on the input to the gate transformer, which can be seen below: 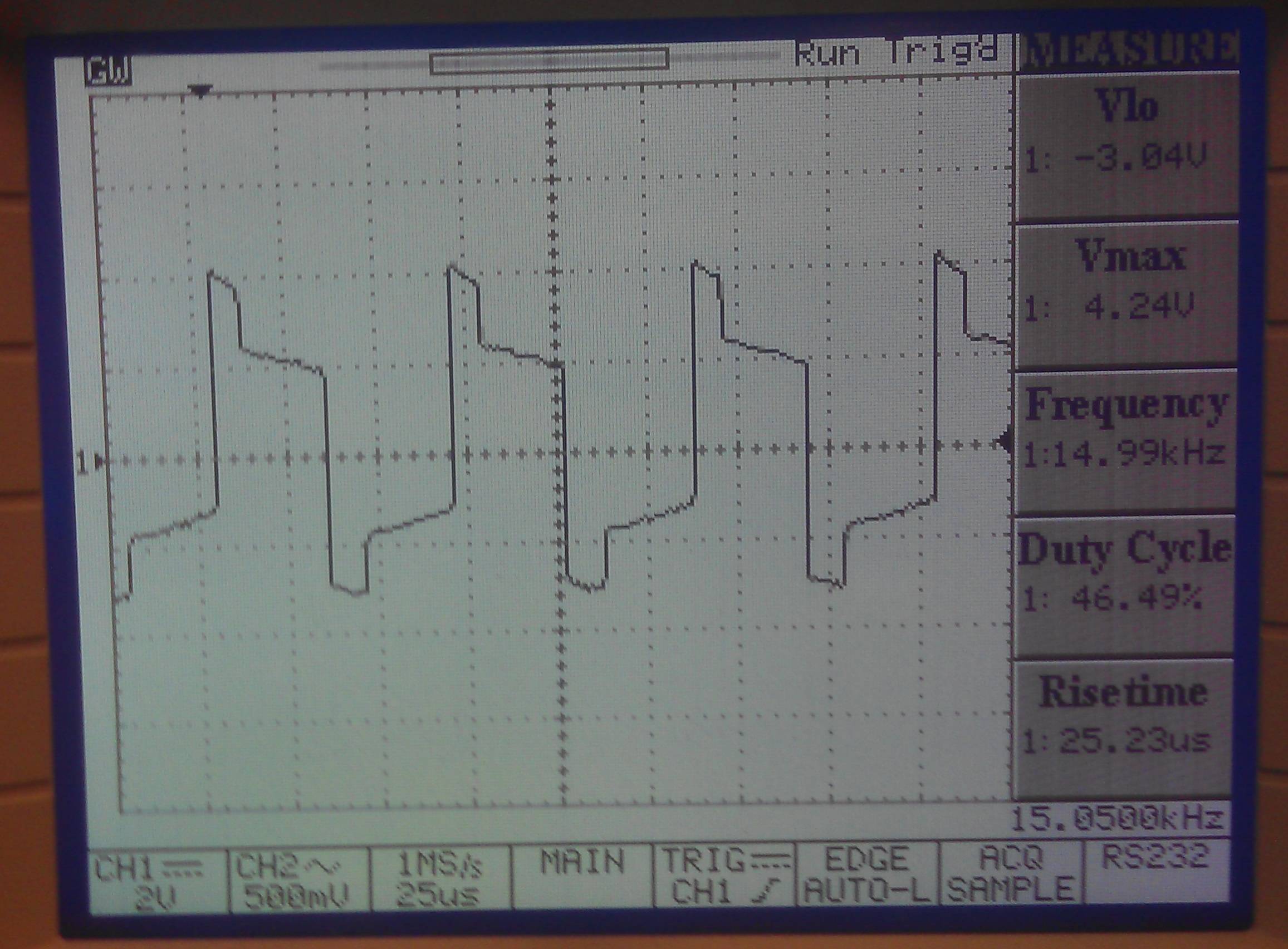 After viewing this on the scope, I made a couple of test: 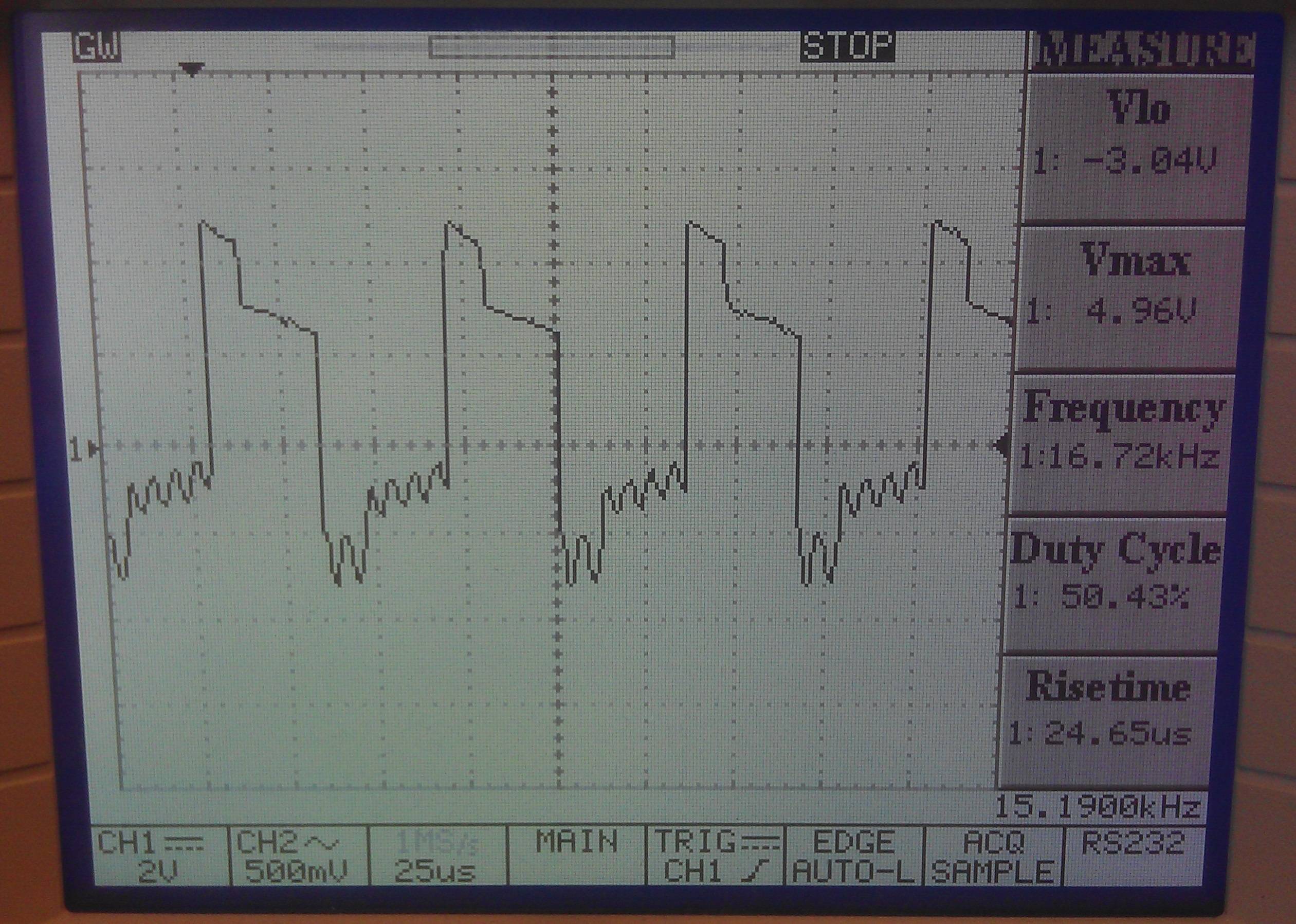 I believe this is being caused by the transformer as everything points to this from the tests I have made. Is there anyway to reduce this effect with discrete components?

Edit I could not comment on a question (Andy aka thanks for the prompt reply and links) and the criteria for a re-post on this questions was against forum etiquette hence this edit. Just to clarify something, the MOSFET I am using is a logic level MOSFET. I have used this successfully with a similar circuit but as a boost converter.

Would this circuit (image below) on the secondary side help reduce the noise I am seeing?

I think you may be exceeding what is known as the volt-microsecond limit for the transformer. Basically this figure tells you how long you can apply a pulse of a certain voltage before the voltage reverses. Real transformers will saturate and the V.\$\mu s\$ limit tells you, in practical terms how far you can push the transformer.

The waveform initially looks good on the rising edge - it attains a peak of 4 or 5 volts (it looks that way from your pictures) but after about 10 us it goes wrong - this means your transformer is probably rated as having a volt-microsecond product of about 50.

Other problems with the circuit are: - 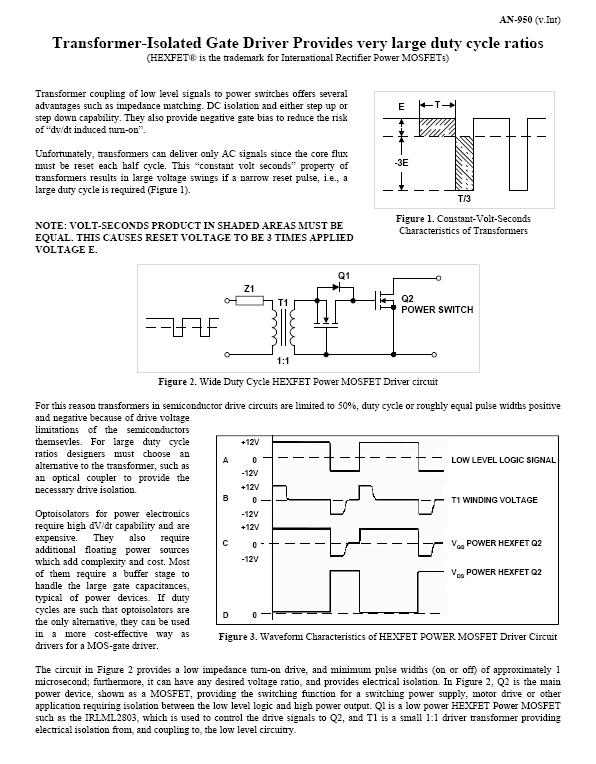 You can probably see in one of the diagrams (fig 3) the problem you are getting.

1
Pulse transformers and V.dt ratings
1
Voltage surge during transition of high side mosfet in half bridge mosfet gate controller
2
Problems driving pulse transformer with low-side MOSFET switch
1
Issue with driving Brushless Motor with a MOSFET Driver
0
driving mosfet gate with an npn bjt
1
What happaned when the flyback transformer is in saturation?
1
Gate signal problem on my flyback
0
How to drive P mosfet gate to ground in half bridge synchronous DC buck/ boost converter
0
How to select a gate driver for a 100% duty cycle MOSFET switch