I googled for answers but couldn't find any... e.g. A site I love for Digital Electronics and Circuit Theory is http://www.wisc-online.com

If someone could tell me what I need to do, or point me in the right direction that'd be great.

You need a device called an RS or SR latch. Basically, it has a 'set' and a 'reset' input and it will hold the output state indefinitely when neither set or reset are asserted. You can connect all of your inputs through OR gates to the set input, and then a 'master reset' switch to the reset input. If any input triggers the alarm, the latch will stay put until the reset button is pressed.

To build a latch and its interface with alarm, you need an extra AND gate and OR gate. 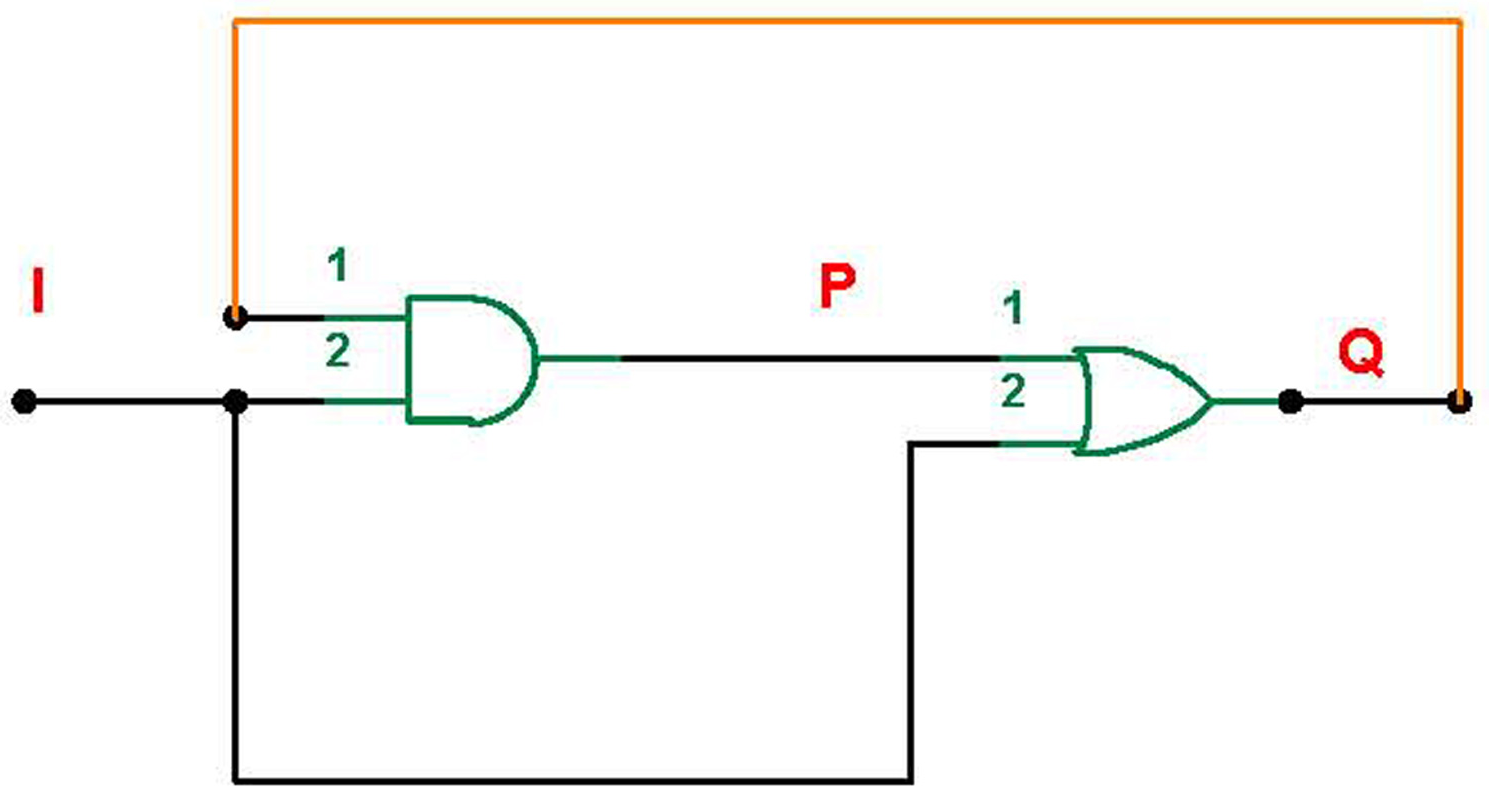 The interface is complete when we connect output I from alarm to inputs labeled "2" on both AND gate and OR gate.

How does the combined alarm/interface circuit work?

The AND OR configuration is known as R̅-S latch with 2 independent inputs R̅ and S. Let's define A2 (R̅) be the second input of AND gate, and O2 be second input of OR gate. In general A2 is labeled as reset input since A2 (R̅) = 0 resets AND gate, and O2 (S) is labeled as set input since O2 (S) = 1 sets OR gate. To avoid unexpected operation, it is important to specify how alarm interfaces with the latch. In this case, we choose to tie the A2 and O2 inputs together, so that A2 = O2. If this condition is violated, the combined circuit will not function properly. For example, if A2= 0 and O2=1, the alarm will be set when it is supposed to be reset (false alarm). Similarly, if A2 = 1, O2 = 0 and P = Q = 0, the alarm will be reset when it is supposed to be set (false disalarm).

Even though R̅S type of latch is known to have an unpredictable behaviour, this design does not suffer from such uncertainty as our interface design excludes that possibility.

Not the answer you're looking for? Browse other questions tagged digital-logic latch or ask your own question.

0
Usage of “safe” gated SR Latch?
8
Rising edge pulse detector from logic gates
25
What is a flip flop?
0
How do I connect digital logic components (eg. AND gate) to parts in a circuit?
1
NOT logic gate with two inputs
1
Correct way to drive an LED using 74HCxx logic
3
How to analyze S-R latch circuits?
1
Would this circuit work like an SR latch? Why is it better to use two NOR gates?