Flashing LED's and use of switch

Is it possible to wire the LED's in the following way??(shown in the rough diagram of my circuit)

The switches are to control the "shutting" of a row and column in order to have just one LED blinking. That is if only LED D3 should be blinking Switch 1 and Switch 2 should be closed, with the rest of the switches open.

my question is: Is it possible to connect the LED's as shown in the figure??

I suggest you consider starting again with a small microcontroller. 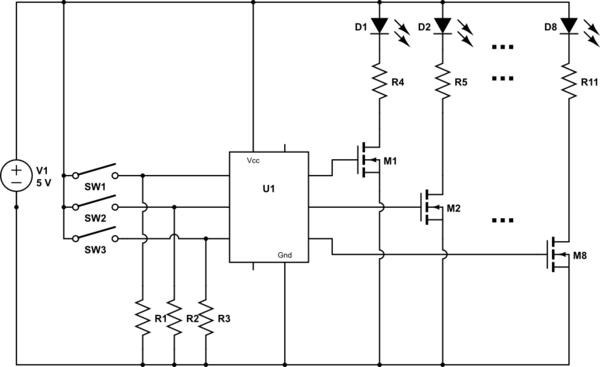 To be honest, I'm not entirely sure what you want to achieve apart from flashing LEDs in multiple combinations where the specific combinations are one of a set controlled by a smaller number of switches. It doesn't matter, the above circuit will work, it's then just a matter of software.