Let me try this post to see if I can properly ask the question.

I have the common emitter configuration which works for me, the math (Ie = Ic + Ib) works. The load is in series to the collector. And all it takes is a very very little current through the base to turn on the path from the collector to the emitter: 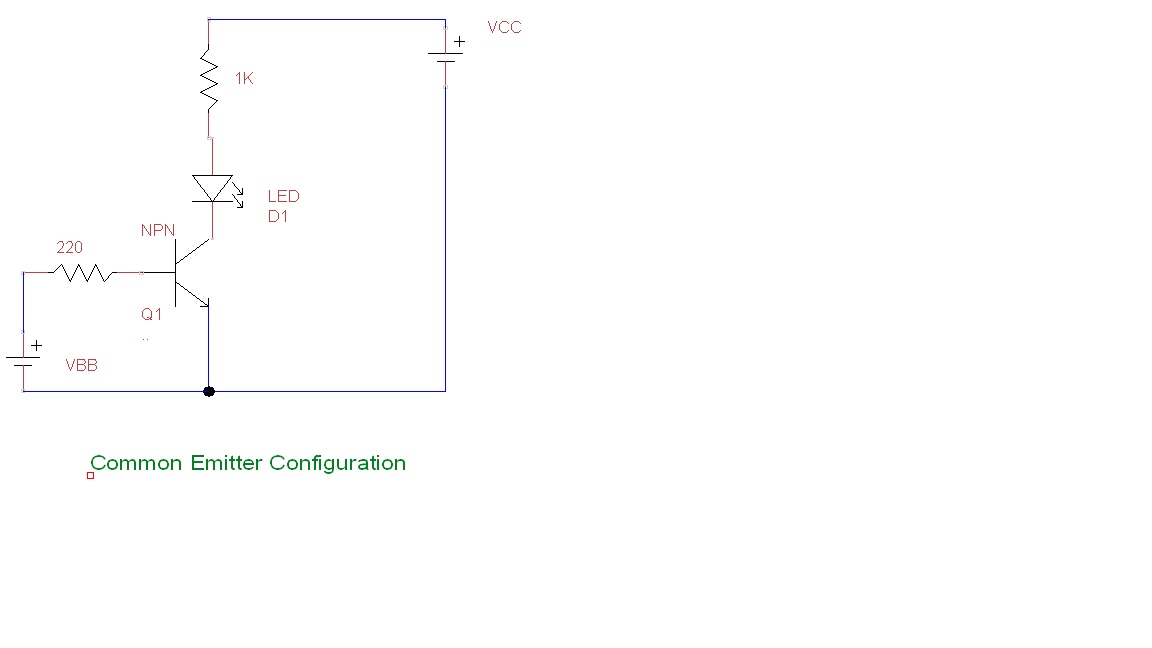 Now I also have been playing around with the following. After further reading, it appears it is similar to the common base configuration except, that I'm using a NPN transistor not a PNP which means the whole thing is wrong. I actually get current from the base through the emitter, the collector has no part in it. I disconnected the power source to the collector but the LED still lit with no variation. Based on what I have read, the configuration really just acts like a diode from the base to the emitter. The load is in series with the emitter. Am I getting this 2nd diagram's explanation right? 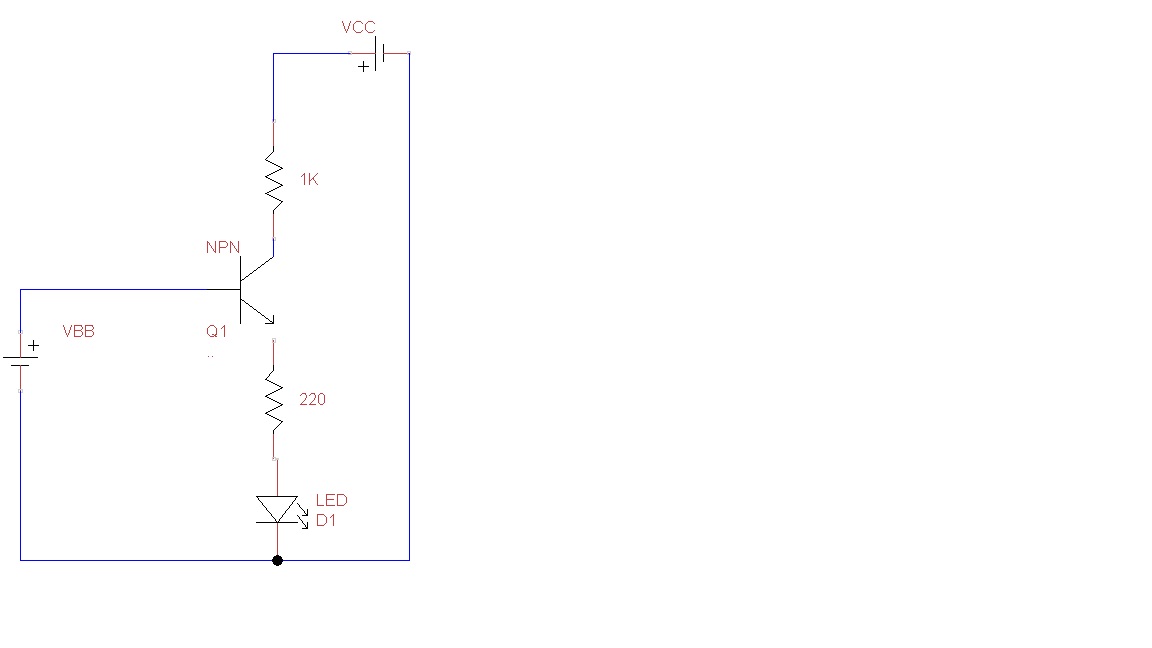 Follow up info #1 regarding figure #2. If I remove the resistor on the collector leg, the following is what is being measured:

the Re in the table means after the resistor on the emitter leg
1- now I do not see emitter voltage = input voltage (even if I account for the 0.7v for the register-LED).
2- when I disconnect the collector leg, the LED actually is brighter.
3-when I reduced the collector voltage from 4.98v to 2.2v, I thought the emitter voltage would be reduced too.
So obviously I'm missing something regarding the common collector/emitter follower.

The first configuration is useful if you want to easily saturate (fully turn on) the transistor so it basically "gets out of the way" (becomes almost a short) so that you end up with a lit LED, current-limited by a 1K resistor.

In the second configuration, you have an emitter-follower. Approximately speaking, the voltage at the top of the 200 ohm resistor above the LED is about 0.7 volts below the voltage at the base of the transistor. The current through the LED then follows from this in a straightforward way.

In this configuration, it behooves you not to have the collector resistor. So hereafter let us assume that it has been removed from the circuit.

The transistor just acts as a current source: that is to say, roughly speaking, the voltage at the base "programs" the voltage on the resistor-LED stack, and the transistor supplies the current via its collector.

The circuit basically acts as a buffer, making it look like the resistor-LED stack has a much higher impedance than it really does. The circuit driving the base "thinks" it is driving the LED with only a fraction of the current that it actually requires.

For instance, we could use a circuit based on an emitter-follower if we had an DAC (digital to analog converter) which we wanted to use to drive the LED, but discovering that it doesn't have enough current-driving ability to do the job directly. (Of course, a better way to control LED intensity from the digital realm is to use pulse width modulation (PWM): and that basically calls for the first circuit, rapidly turned on and off with varying duty cycles.)

Your second configuration is much more useful when you leave out the collector resistor. In that configuration (called common collector, or emitter-follower) you essentially get no voltage amplification (output voltage is the same as input voltage), but a lot of current gain (the input current is very very low).

Better or worse requires a criterium.

If your aim is to switch a LED that is fed from a voltage that is higher than your input voltage, go with your first (common emitter) configuration, that is what it is for.

There is of course one more configuration (common base), but that is seldom used because is has a very low imput impedance (but a very high voltage amplification). (It was (is?) common in HF circuits.)

Not the answer you're looking for? Browse other questions tagged transistors npn or ask your own question.

56
Why would one drive LEDs with a common emitter?
10
BJT Driving an LED - Above or Below?

2
Does any current flow through C-E of NPN BJT when the base is floating?
3
NPN Transistor in common collector configuration, Vout varies
2
Newbie Question about NPN amplifier circuit
1
What's the name of this NPN configuration?
1
2 NPN configuration that apparently works by small Recombination Currents
3
Why is there no Phase Shift in CC and CB Configuration
0
In an NPN transistor, why doesn't current flow without applying a base voltage?
1
Requirements for NPN, PNP transistors