Why do we not care about matching the input impedance of non-RF amplifiers?

Talking about BJT topologies: A common base amplifier is always given as an example of an amplifier with very similar characteristics to the CE amplifier but with the low input impedance. 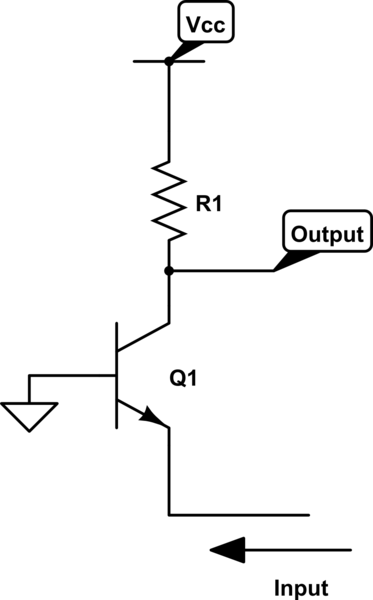 It is said that the CB amplifier is commonly used in RF amplifiers in order to match the impedance of the wire carrying the RF signal. With "perfect" matching, we get 50% signal voltage transfer and 100% power transfer due to the seamless(?) edge between the RF cable and the amplifier creating no reflection. Correct me if this is wrong.

Why do we not care about this with other types of amplifiers? I.e., all of other frequency ranges in the spectrum. But for specificity, say the audio range. We always want the highest input impedance for the amplifier in order not to load the signal. Why does the signal not reflect due to the change in impedance?

I guess what I'm really asking is:

What causes the reflection? Why doesn't it occur with other frequencies? (if it doesn't)

What causes the reflection? Why doesn't it occur with other frequencies? (if it doesn't)

Reflections occur at all frequencies when there is a mismatch in impedances. At low frequencies, such as audio, these reflections are difficult to see but they are there all the same. Reflections are generally said to be significant when the frequency is high enough AND the interconnection between sender and receiver is long enough. Somewhere in the order of about a tenth of a wavelength or bigger is a general rule of thumb.

At 20 kHz, the wavelength (in 100% speed of light cable) is about 15 kilometres and if you had a cable of about 1.5 km length you might start to see the effect of reflections.

However, if you had a 100 MHz transmitter, you might see the effect of reflections at 300 mm.

Consider a battery and a lightbulb. The lightbulb is connected to the battery with a switch. The battery and switch are at one end of a lossless 10 km cable and the bulb is at the other end. When the switch closes, how much current is drawn from the battery? - how can the battery know how much current to supply in that instant? The answer is it can't - it supplies what the cable demands and, for a 50 ohm cable an appropriate current is supplied. If the voltage were 10V then the current would be 200mA.

This travels down the cable (at a power of 2W) until it hits the lightbulb. The bulb may have an impedance of (say) 100ohms - it only wants 100mA at 10V but it gets 200mA - there is a mismatch and the excess power gets reflected back up the cable to the battery and switch. This power can't be dissipated in the battery so it gets relfected back and forth. Of course, cable has real losses and these eat away at this reflection and the system stabilizes with 100mA flowing down the cable. This is a simplifed explanation.

Does this help you understand?

If the circuitry at the ends of a cable does not match the characteristic impedance of the cable, then some portion of the energy that gets sent down the cable will get reflected at the point of the impedance mismatch. If the "sending" end of the cable has an impedance that's nearly infinite or nearly zero, while the receiving end has an impedance that's either half or double the characteristic impedance of the cable, then when a signal arrives at the load, half of the energy will feed the load and the other half will get reflected. Upon reaching the source end, most of that reflected energy will get re-reflected toward the load. When that bunch of energy reaches the load, half of it will go to the load and half of it (i.e. 1/4 of the original energy) will get reflected yet again toward the source.

At audio frequencies, the fact that the energy which should be delivered all at once gets spread out over multiple "installments" spaced a few nanoseconds apart isn't a problem, but at higher frequencies such reflections are a big problem. The extent to which energy at a particular frequency will get gets spread out over time is a function of the fraction of the energy that gets delivered on each pass through the cable, and the percentage of a wave period which is required for each traversal. If the round-trip time is a millionth of a wave period, it won't not matter if only 1/1000 of the energy gets delivered on each traversal. On the other hand, if the round-trip time is significant relative to the wave period, it may be important to ensure that 99% of the energy gets delivered on the first go.

Not the answer you're looking for? Browse other questions tagged amplifier rf signal impedance-matching input-impedance or ask your own question.