Dear all I have the bellow A2DP bluetooth module which has a zigzag microstrip antenna. I want to extend the gain in the antenna with my 20db wifi antenna.

I know as far as that I need to scrape the majority of the zigziag antenna off. Then solder my antenna extension to the remaining bit.

Which of the two 2.4GHz antenna wires do I connect to the remaining zigzag microstrip antenna (the inner wire or the outer wire?).

Is a ground plane necessary? If so where is the ground plane on this circuit board and how would I connect the two 2.4GHz wires to this board to achieve the best gain?

This is quite new to me, thank you for all your help!

Whether I leave the coax outer shield 'F' disconnected or soldered to what I think is ground, point 'G' I can't pick up this bluetooth device on any of my devices (it used to work before attaching the new antenna).

So they must somehow be connected. Not sure if this is meant to be like this? So if point 'G' is the same as potential as the negative power wire, should the middle of the coax wire be also the same? Have I shorted a connection somewhere?

What have I done to make this bluetooth device stop being received. Added note it still powers up and lights up. 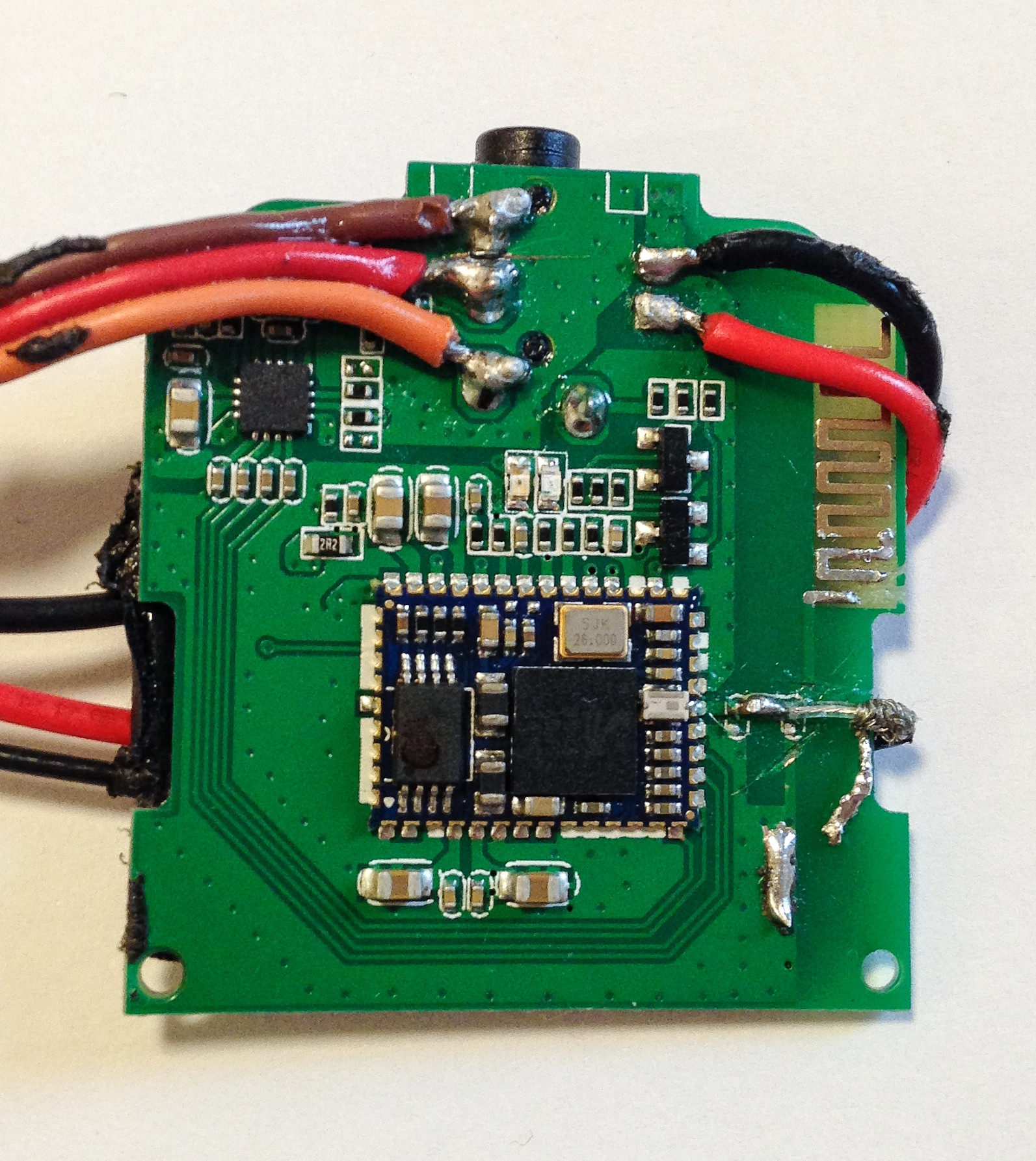 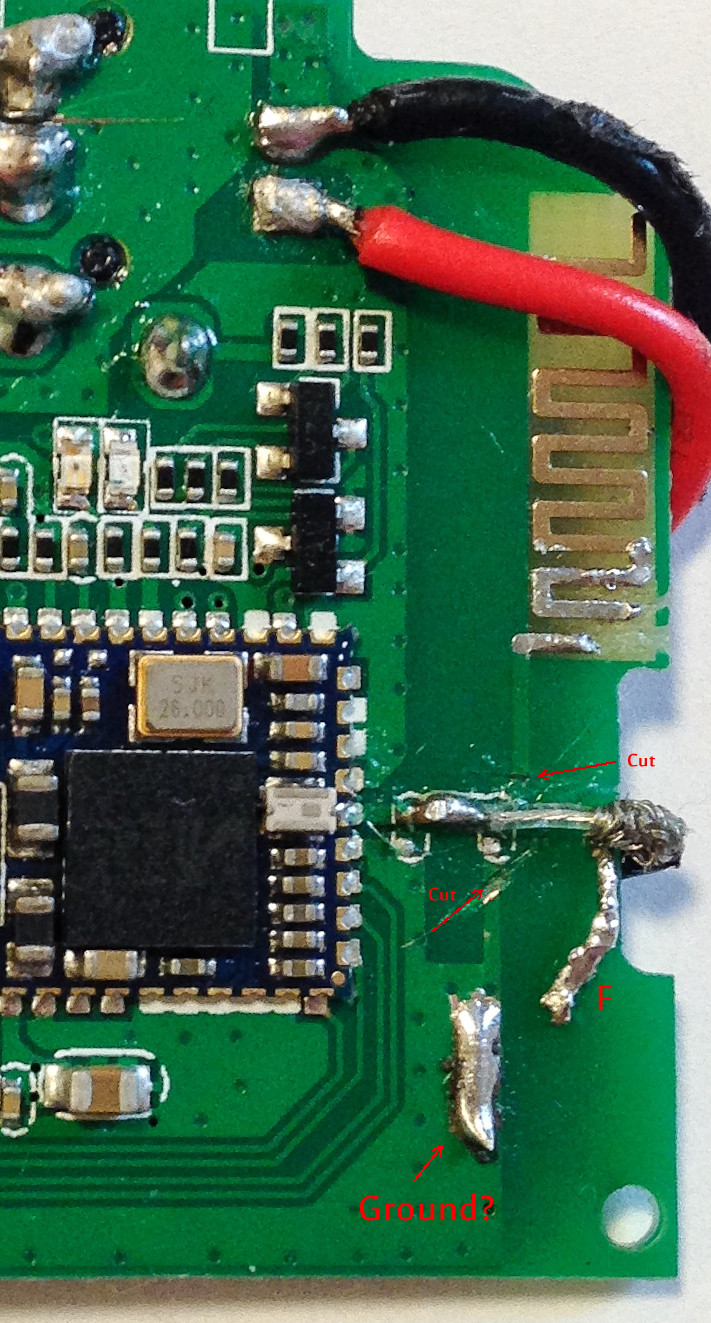 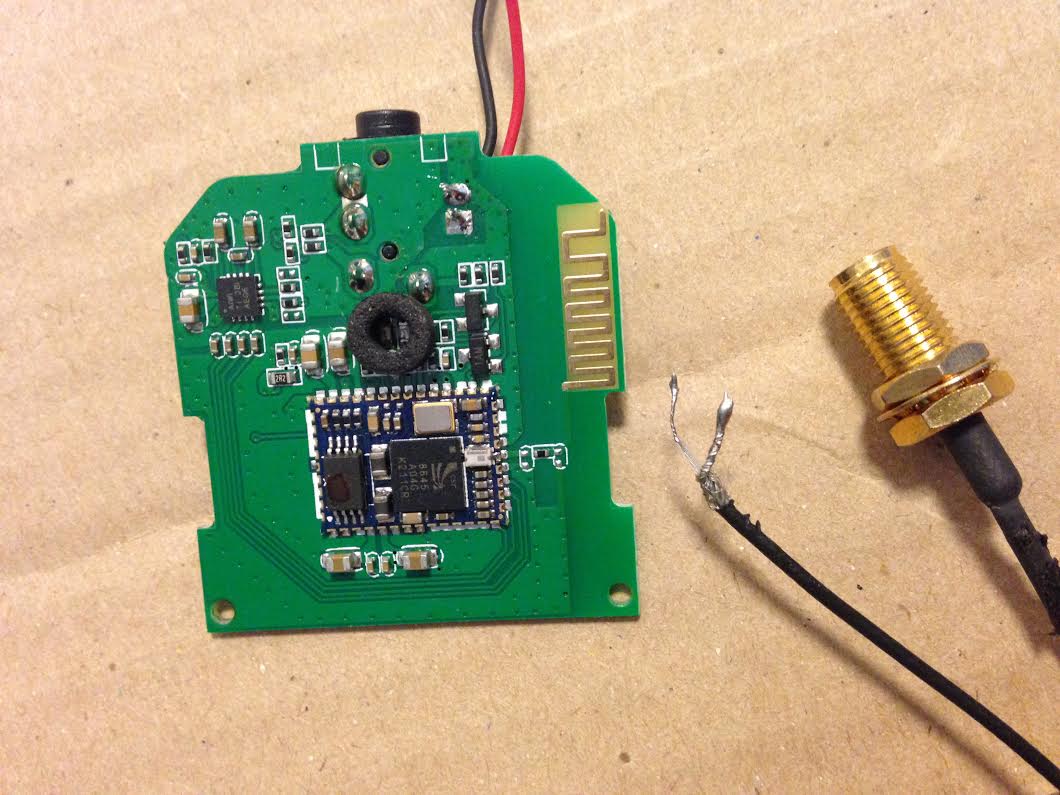 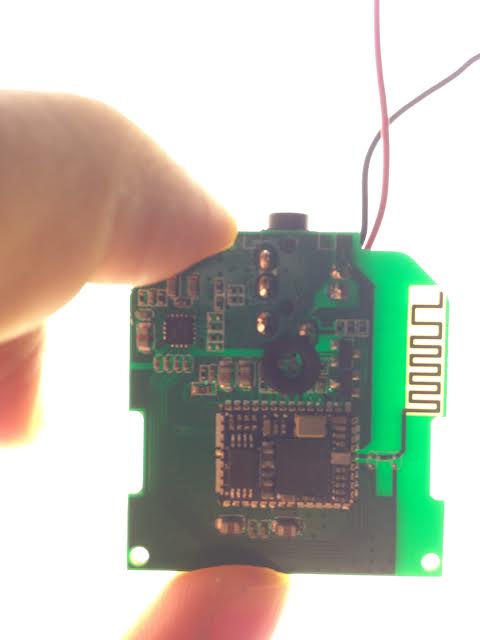 First, I would look up the datasheet of the RF chip to make sure that the output impedance is 50 Ohms (it doesn't have to be).

Then, peel the coax of your antenna in such a way that it looks like a 3 toothed fork with the inner conductor being in the middle. This is really important for best performance (otherwise your antenna may not work well due to poor balancing).

Using a sharp knife, razor blade (etc) remove the mask on the a small section of the trace leading up to the antenna so that bare copper is visible.

Cut that trance after to pad to isolate your old antenna.

Expose copper on both sides of the center trace (your ground).

Solder the center conductor of your coax to the former antenna trace pad and solder the coax outer shield grounds to the pads.

Keep these unwound wires as short as possible.

Keep in mind, that you will still lose a couple of dB in the transition and cabling. 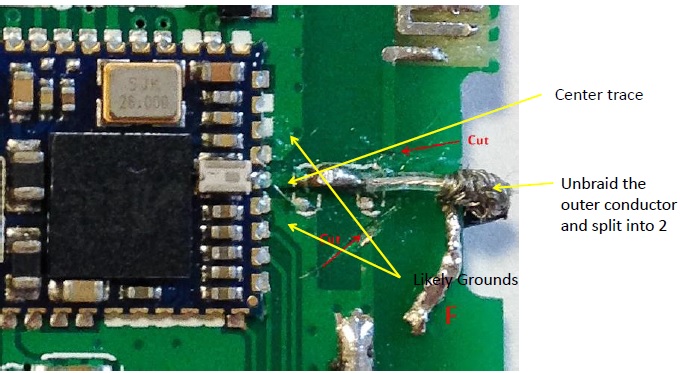 Don't bother removing the antenna. What you should do is remove the matching network, and connect the cable directly to the output of the module. If you follow the antenna trace, there are three surface mount footprints that it passes by - one in series, and two in parallel to GND. Remove these three components. Actually, there might only be one in series; I can't really tell from the pictures. Then connect the center conductor of the coax to the trace coming out of the module and the shield to GND. You need to make the leads hanging off the end of the cable as short as possible for the best performance. You should also find a way to secure the cable so that it doesn't get yanked, damaging the connections.

Not the answer you're looking for? Browse other questions tagged wireless bluetooth antenna wifi pcb-antenna or ask your own question.