Measuring power with a current transformer

I'm working on a project at the moment to measure power through a current sensor.

I posted a similar question before, and received very helpful advice which I have tried to heed.

I have improved the design (I hope) by incorporating a precision rectifier.

I still need to get at the voltage waveform of the household supply. My thinking is that the phase will be constant at any point in the household circuit (assuming the house is on a single phase) and so I was thinking of getting a transformer from something like a cellphone charger and plugging it into a wall socket, and measuring that in the same way as I am measuring the current. Here is a diagram: 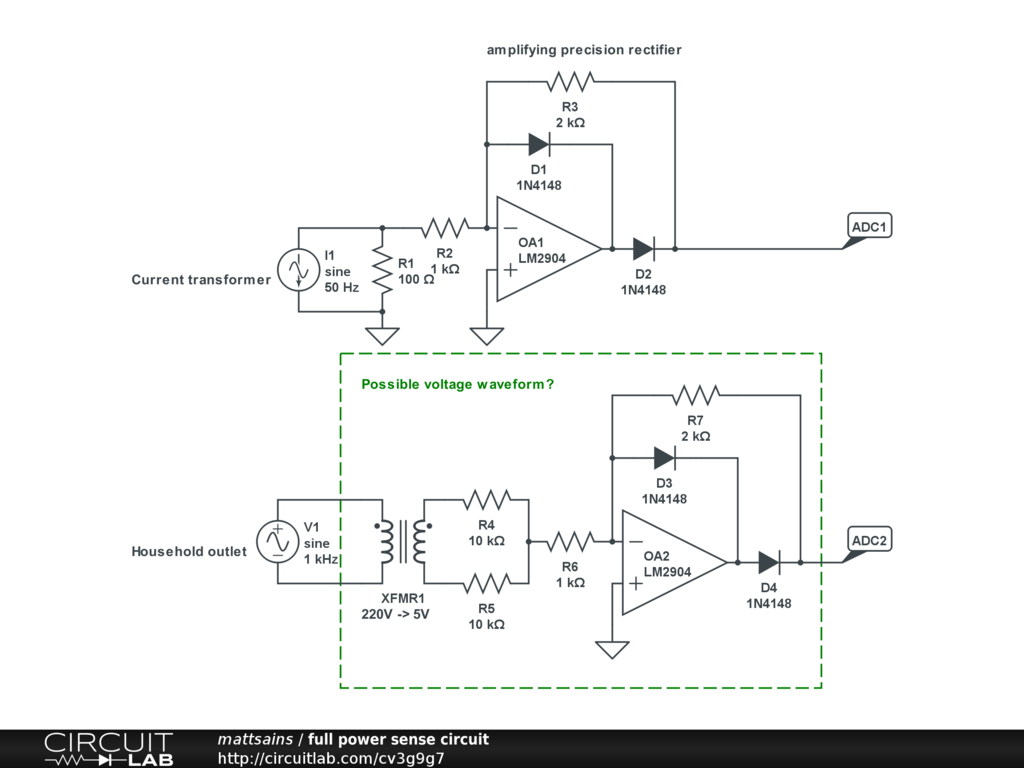 Is this a good way to do it? What factors do I need to keep in mind? Is there a better way?

R4 is not needed - short it out. R5 is wrong - remove it and connect the bottom of XFMR1's secondary to the op-amp's 0V signal rail. Apart from the fact that using ADC1 and ADC2 doesn't give you real power but RMS(volts) x RMS(amps) then it should work. Power is not measured this way in an AC circuit.

The AC phase should be almost guaranteeable anywhere in the house but there will be a small phase shift through XFMR1. However, as you are trying to calculate "power" using RMS steady state values this is of zero consequence.

Here's what a power waveform looks like at various phase angles between V and I: - 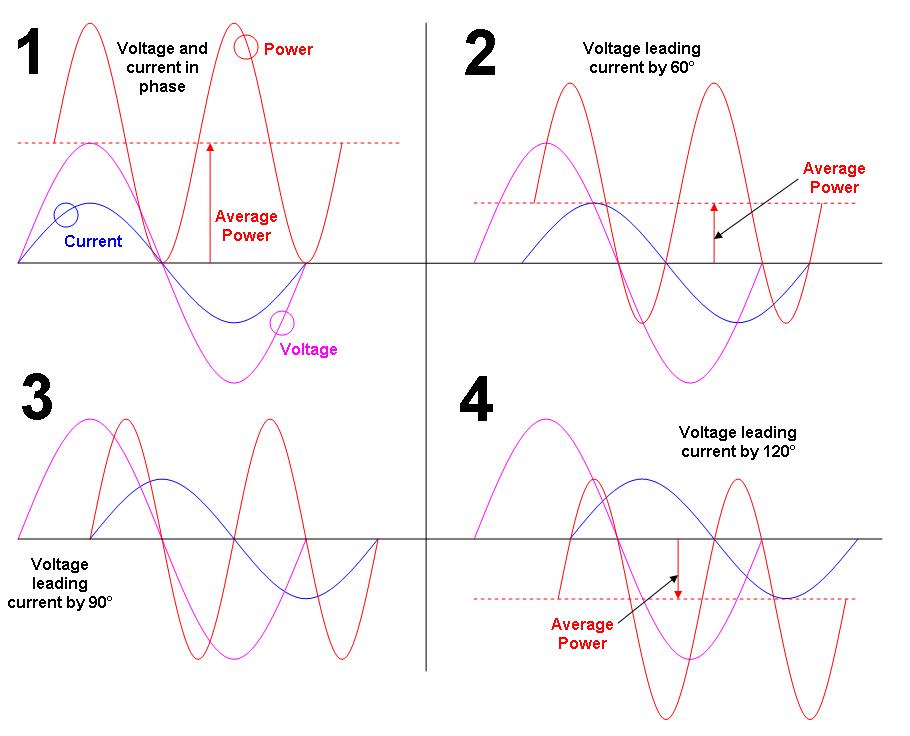 To complete this answer it's probably necessary to think about what happens when the current has third (or higher) order harmonics present: - 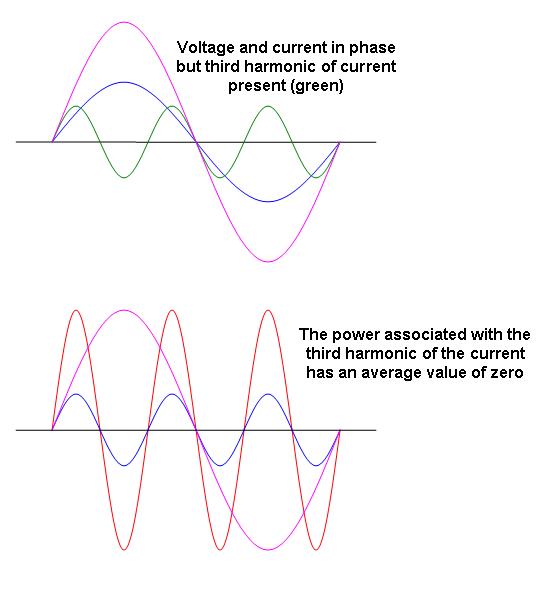 The voltage waveform multiplied by the 3rd harmonic (green in top diagram but strangely(?) blue in lower diagram) produces an average power of absolutely zero watts. This is why measuring RMS current may be a very poor indicator of real power. Despite the RMS of current being increased by the 3rd harmonic being present, this has no bearing on power consumed whatsoever - this is why, these days, we are urged to use devices with power factor correction circuits in - not only do they align the current and voltage but they reduce harmonics of currents - what gets sent down the power cables to our houses is therefore greener and makes the power companies much happier because they don't have to "over-rate" the cables they use to carry useless harmonic currents.

Not the answer you're looking for? Browse other questions tagged power ac or ask your own question.