Thermal resistance of spring for cheap TO-92 heatsink

I am looking at using a MCP1700 LDO regulator in the TO-92 case style.

I was wondering about heat dissipation, and how to make a cheap-o heat sink for it, and had the brilliant idea of using a spring from my parts box. I found a spring that fits perfectly around the curved part of the case: 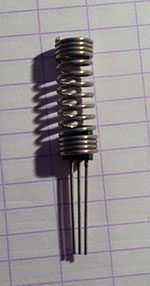 However, I'm not so good with the calculations involved: will this actually make any significant difference to heat dissipation?

Assuming some thermal paste around the case makes a pretty good thermal contact between the case and the spring. Spring wire is 0.66mm diameter, with 6mm spiral diameter, and 15 wraps. To make things easy, I will assume the entire surface of the spring is in contact with air apart from the bottom 5 wraps, and so I get a surface area of about 390mm2 for the spring.

From the datasheet, θJA = 160°C/W and θJC = 66.3 °C/w Is this enough information to calculate the new thermal resistance?

That appears to potentially be a really good idea - but calculating the effective thermal resistance would be immensely difficult, whereas trying it in practice would be quite easy. I'll try neither at present (the latter is your assignment :-) ) but the following observations may help.

My first reaction was that the thermal transfer from case to spring (Rt_CS) would be very high, but you have added the (reasonable) assumption that enough thermal paste is used to make "pretty good" [tm] contact between case and spring.

Assuming that your spring area calculation is correct, that's the same area as plates of about

That assumes θSA of about 50°C/W

For comparison, Aavid make several TO92 heatsinks of a "more usual" style.
The diaagrams and tables below were taken form page 68 of their excellent catalog - here. Effectiveness of course varies with size and area, but the tables suggest that they approach 10°C/W when used in a hurricane and more like 25°C/W as air speed approaches zero. Area of the smaller 575200 heatsink is somewhat under 400 mm^2 both sides. They have added some punch outs to improve airflow, the material is optimised for high thermal conductivity and there is a broad path for heat energy from TO92 case to the outer upper edges. So superior performance to your spring would be expected, and the original ~~~= 50°C/W is probably an OK starting guesstimate.

Note that the Aavid heatsink is shown in some places as 60 K/W. That's presumably a notional still air value. If the air is still there is no convective transfer, and air convection happens as temperature differential rises, but how well your spring does at encouraging this is TBD.

You could easily wind a "spring" using thick copper wire with a mandrel such that it would slip only a TO92 case and then be able to be lightly crimped in place with thermal paste to suit. If the spring was crimped against the TO92 case with eg pliers and then slightly more tightly just above the case to stop it sliding down onto the PCB then a reasonably stable, cheap and easily made heatsink could result. Or you could slide it right down to board level and solder the end to a pad.

Best of all would be to try it in real life.
Obtain a semi-sacrificial TO92 device - say a cheap bipolar transistor. Use a consistent environment. Minimise artificial airflow and mount within an open box or whatever that roughly models intended use. Finger access required.

Connect say base to collector directly or via a resistor of choice and use a variable power supply to adjust dissipation until it was about too hot to hold onto for more than a few seconds. That's typically about 55°C. Use a thermometer that is suitable (eg IR non contact) if you have one, but fingers sufficeth.
Measure and save mW.
Now add spring, measuring temperature at TO92 case for similar result. Allow time to stabilise after adjusting power.
Measure and report back. 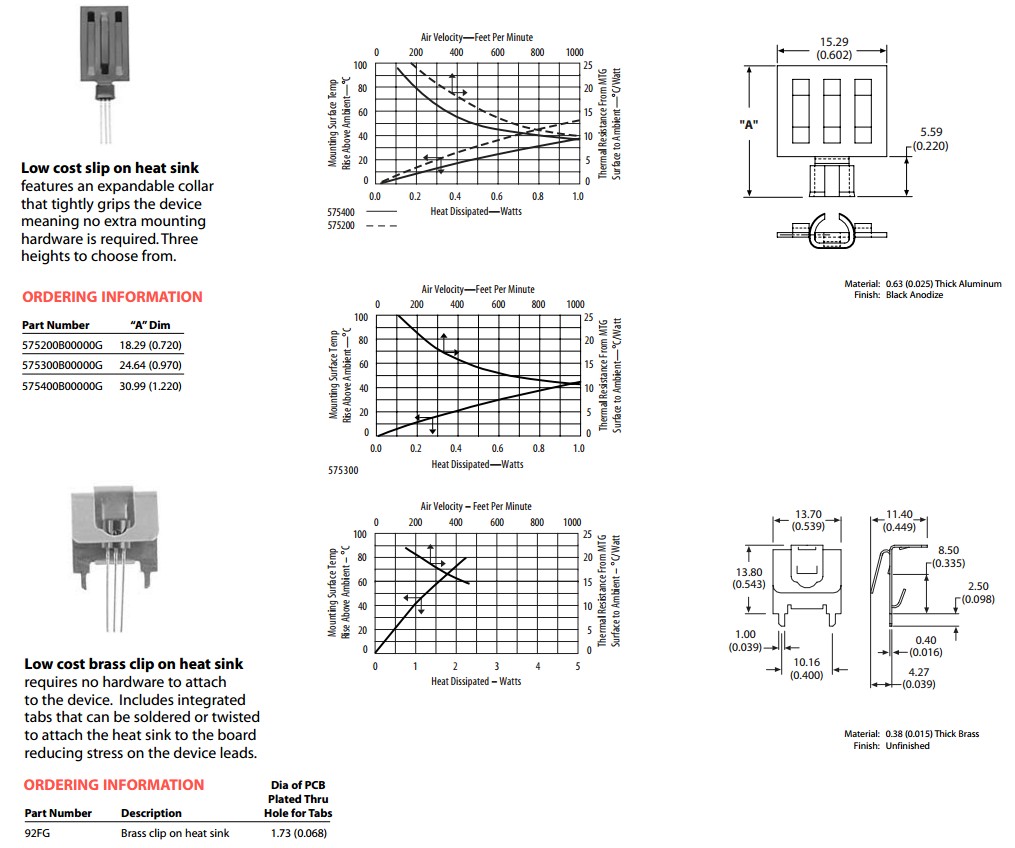 3
Considering the power dissipation of a transistor

5
Experience with thermal glues/adhesives?
2
Heatsink or IC: how to determine root cause of overtemp?
0
What can I do about this thermal pad?
1
Why are circuit boards not covered in thermal paste?
0
Mosfet Thermal Resistance calculation
0
How to calculate the effective junction temperature of the FPGA?
12
Why are these SMD heatsinks designed to not touch the IC?
1
How to estimate thermal impedance of a closed aluminum chassis?