Is this correct magnetic equivalent circuit for this electromagnet system ? 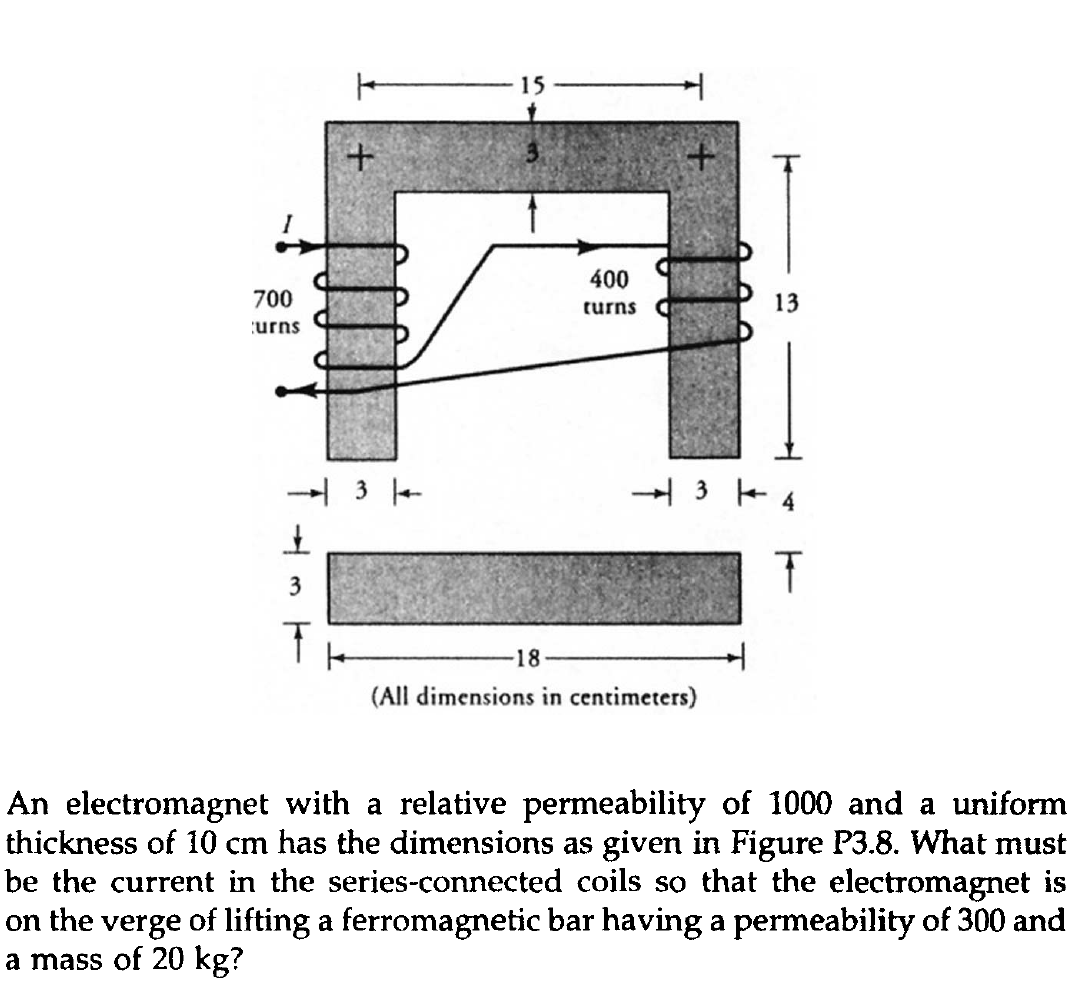 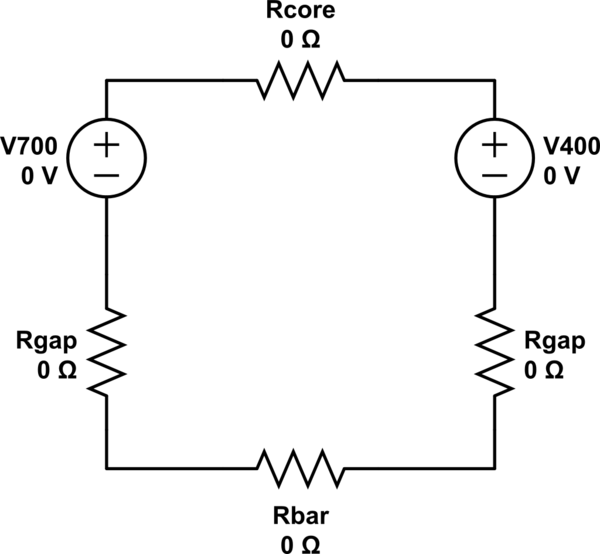 And i am trying to solve it like this example, what should i use as length (l) ?

The V700 should be V = 700*I and similar for the second source, but that source on the right should be polarized in the opposite direction. One other thing is that the air gap reluctance/resistance is much larger than the core and bar so you can ignore them without too much of an error. If you include them them for your circuit's resistances to be as they are then the coils would need to be at the edge of the horseshoe shaped core. If not then split up the core resistance into three parts with two of the resistors between the coils and the airgaps. Lastly, if any of the bars/cores are permanently magnetic then you must add a source in series to represent the magnetic polarization. For example a horseshoe magnet would need no coils due to its approximately permanent magnetization. Oh, reluctance is length/(permeability*Area) where permeability is the property of the material which gives your resistance values.

Not the answer you're looking for? Browse other questions tagged electromagnetism magnetics or ask your own question.