Why does my switch need to be wired in this fashion?

Today was my first foray into electronics since high school, in the form of some simple Raspberry Pi experiments. I managed to get a circuit working where a switch controlled an LED with a potentiometer to control the brightness of the LED.

However, I am confused by the wiring of the switch. Firstly, here's a photo of my amazing work: 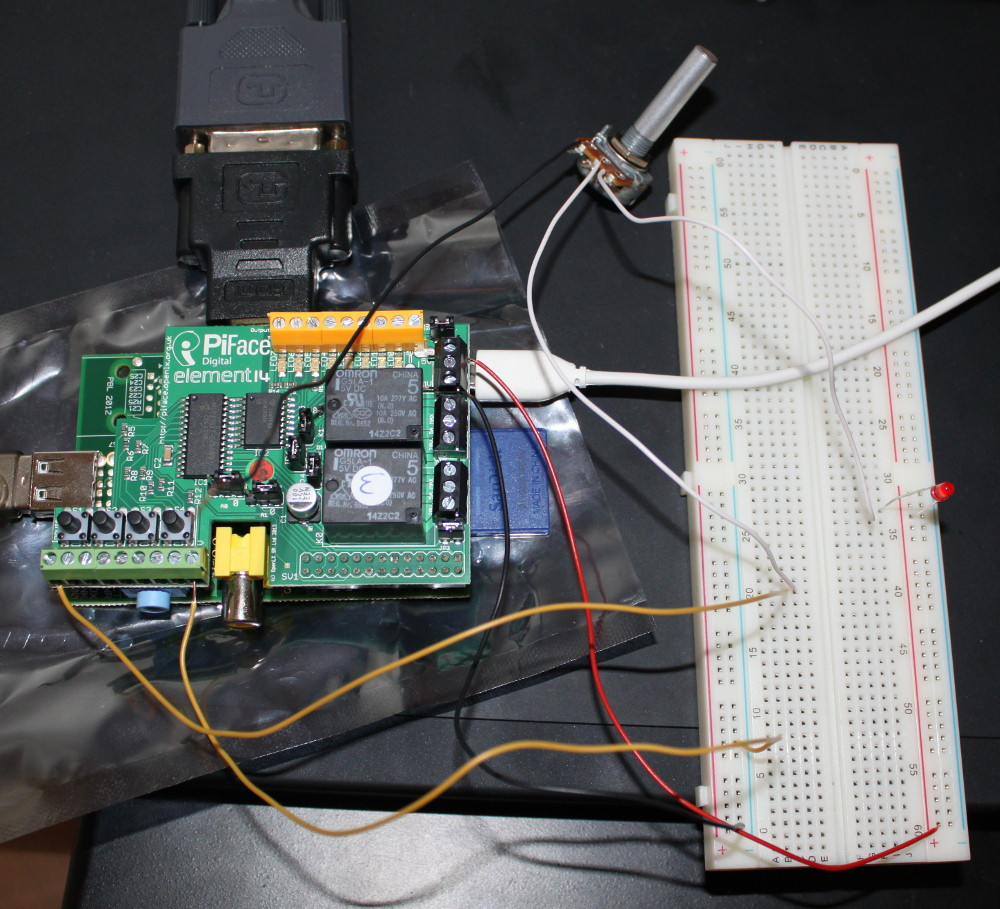 NOTE: the black lead on the potentiometer is not connected to anything (hard to tell in the photo). Also, I realised afterwards that I could have just inserted the potentiometer into the breadboard rather than soldering wires to it. Noob mistake (one of many).

Here's an attempt at a schematic (also probably wrong because I don't know what I'm doing): 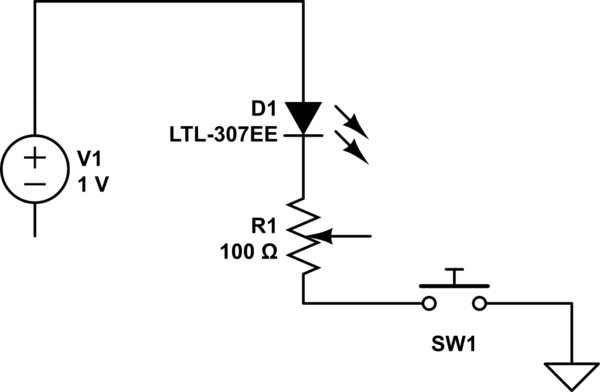 As you can see, I used a PiFace, which comes with the four switches located at the left and towards the bottom of the photo. It is the wiring of this switch that befuddles me. Since each switch has two terminals, I was expecting one terminal to act as an input and the other as an output. That is, I just feed my circuit through those two terminals and job done. But that didn't work.

I managed to find this image online:

This is what prompted me to guess the configuration below, which works. However, I don't understand why it works. Nor do I understand why there are two terminals for each switch if only one seems to be used. I suspect the clue is embedded within the text in the above image:

The four switches, numbered S1 to S4 are connected in parallel to the first four (0-3) inputs

However, I do not understand what this means. Perhaps a practical example of how I would use each terminal and an explanation of why the grounding is necessary would help my understanding.

For the grounding it's easy. Basically a switch can have not 2 but 3 state. Basically 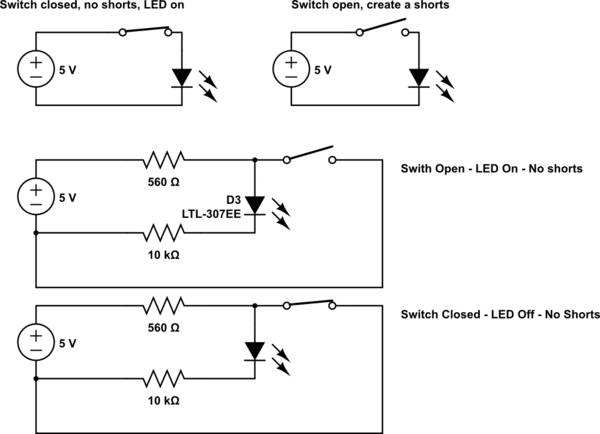 Grounding it will allow you to make sure the output low, without that it's a short circuit. So basically you'll use a pull-up or pull-down resistor for that.

They are connected in parallel means they are not connected one after each other but side to side. Example 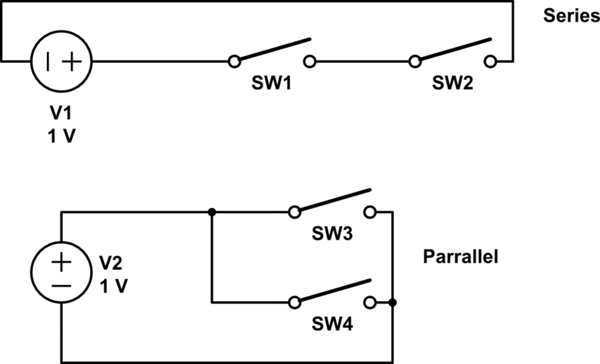 So from what I read in your question, the switch sound like a "master switch" who can act on both of the 3 other switch. If pressed, it's like all the switch are pressed. But hard to tell without precise schematics.

The eight input pins detect a connection to ground (provided as the ninth pin). The four switches are connected in parallel to the first four input pins. The inputs are pulled up to 5V. This can be turned off so that the inputs float.

From this I surmise the following 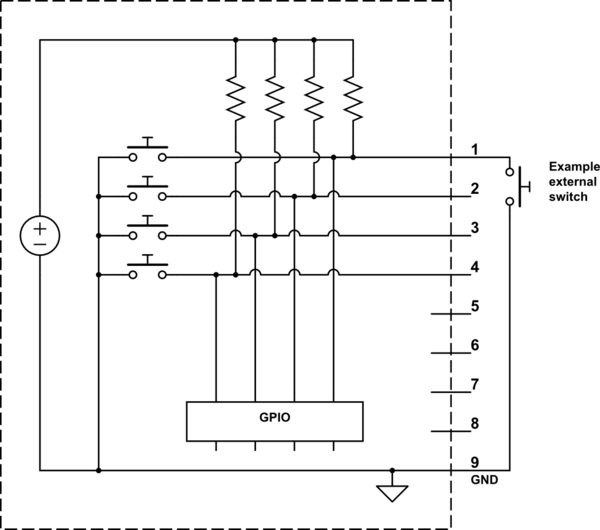 Read the data sheet before you start connecting to something. Your assumption that because there are nine terminals and four switches that 'each switch has two terminals' is unfounded.

Not the answer you're looking for? Browse other questions tagged switches raspberry-pi or ask your own question.

0
What is the right way to wire a power inlet to a switch to a dual-primary transformer?
0
How does a momentary dpdt switch function?
1
Can this double-pole double-throw switch be simplified for controlling a motor (skylight)
1
Using capacitive touch switch as guitar pick-up selector
0
How to wire a 8-directional switch (Alps RKJXW)
0
Switching between inverting and not inverting a small signal
0
Should I wire my CNC limit switches as NC or NO?
0
Series of switches controlling two circuits