Calculating the amount of torque needed to turn shutter

I'm working to design a motor to control a mechanical shutter. After considering some other possibilities I have decided to try using a stepper-type micro motor. We're using a shutter from Edmond optical. I'd like to pair it with one of the Micromo stepper motors.

The critical datasheet specification seems to be the holding torque which is rated as nMn. I take this to be Millinewton/meter. I rigged up the shutter with a simple pulley and found that a weight of 12.8 grams was sufficient to turn the shutter's lever (which opens and closes the aperture).

This explanation might benefit from a diagram, so I drew up one to illustrate the experiment: 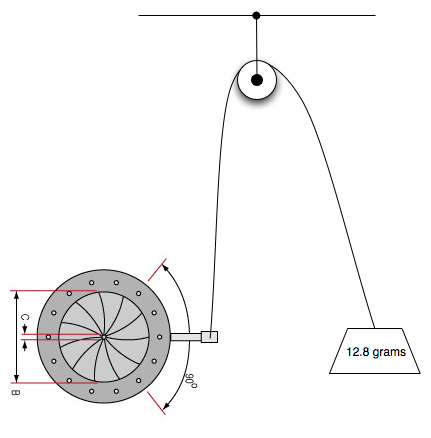 If w=mg then the weight exerts a force of 126 mN on the lever...ignoring the geometry of the pulley and that the lever turns on a circular orbit. My naive self imagines that I need a motor which provides a torque of more than 126 nMn. Is this a correct estimate?

If so it seems all the Micromo stepper motors are too weak to turn the shutter.

You have calculated the force required to operate the shutter but not the torque. Assuming that the lever is perfectly horizontal and the pulley cable is perfectly vertical, you must multiply the force of 126 mN by the distance between the shutter axis and the point on the lever to which the cable is attached. For example, assuming your diagram shows the shutter displayed 1:1 on my monitor (which I'm sure it doesn't!), I measure the distance as 30mm giving a torque of 30E-3 * 12.8E-3 * 9.81 = 3.8 mNm.

Well, since I have physics exam in a cople of hours with problesm such as this one, I decided to make a more or less detailed solution.

First let's take a look at the diagram. On it we have 3 major points: weight, pulley wheel and the shutter. 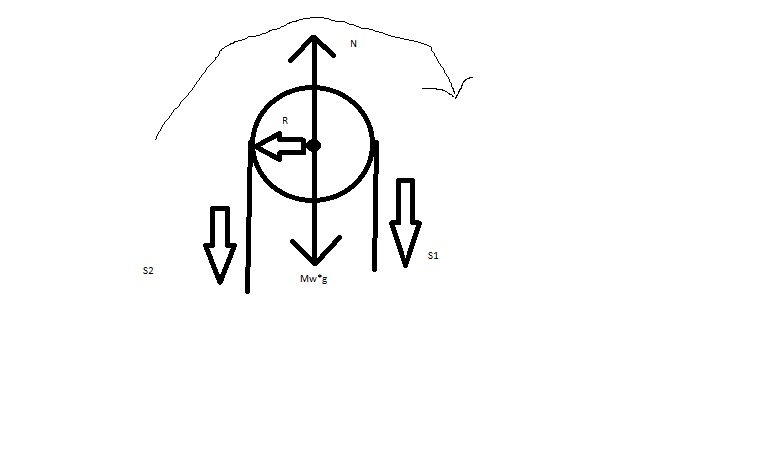 I'll start with the wheel and assume that it will rotate in the negative mathematical direction. Wheel's radius is R and its mass is Mw. First we should take a look at the forces acting on it. We have the weight of the wheel Qw=Mw*g actung downward and we have the rection of the surfece, N acting upward. They cancel eachother out. Next, we have rope tension forces. S1 is the force which tenses the rope from the weight side and S2 is from the shutter side.

Now we need to write the moment equation for the system.

Wheel's moment of inertia is Iw=Mw*R^2/2 and its angular acceleration is α.

For the system to work, we need the α to be greather than zero. So we get the obivous α=(S1*R-S2*R)/Iw from which we can deduct that S1 should be greater than S2. We also know that α=a/R. We'll need that later. Next interesting thing which we can find from the wheel is the ratio between two forces. S1=S2+Iw*α/R. Also, the force S2=S1-Iwα/R 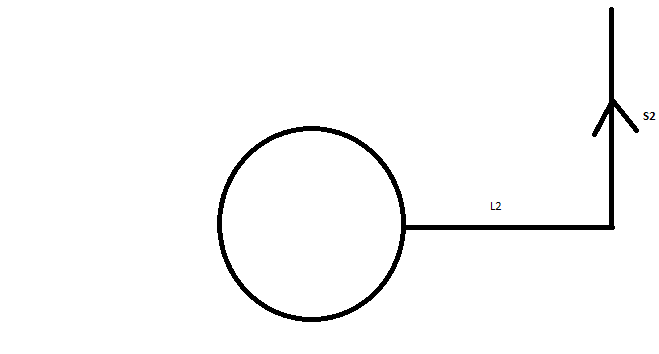 Next, let's take a look at the shutter. Let's say that the length of the rod is L2. We have force S2 which is pulling the rod upwards and it's creating the moment of force (torque) which gives us: M2=L2*S2. We also know that we have a minimum moment of force needed to trigger the mechanism and we'll calculate that later. 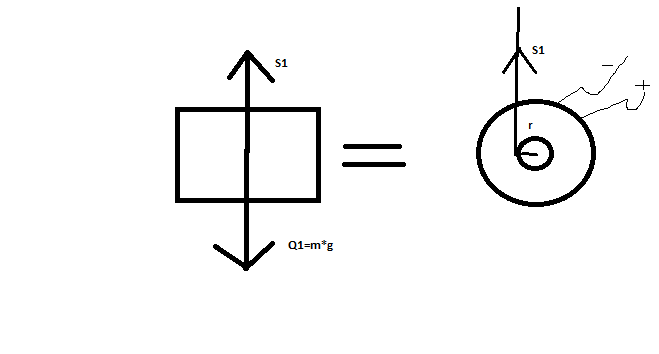 Lastly we have the weight side. We want to replace the weight with a motor and we need to calculate its moment of force. The motor has axle whose radius is r. We know that mass of the weight is m=12.8g. We can see that the force S1 which tenses the rope in the wanted direction is S1=Q1=m*g=0.125568 N or 125.568 mN. To achieve such a force, we'll need moment of force which is equal to M1=Q1*r, where r is the radius of the motor's axle.

Now let's take a look at what we can tweak. It would be good is we could get the needed moment to operate the shutter. If we know it, we can twaek the rest of the system.

After that, if we take a look at the moment equation for the shutter, we have M2=L2*S2. We can increase the length of the rod in order to minimize the needed force.

Not the answer you're looking for? Browse other questions tagged stepper-motor torque or ask your own question.

1
Precision 0.5 degree Stepper needed for Turntable
0
Stepper Motors : KG.CM Torque : Does it maintain the torque when connected to a rod?
3
Controlling the “amount” of regenerative braking (variable back torque?)
4
Calculating total torque of stepper motor to lift and rotate some weight
1
How can I decrease the torque of a stepper motor?
1
Problems calculating torque for a motor opening a door
0
finding the right torque and motors