How can I determine whether circuit is Moore or Mealy machine

I've designed a modulo 5 counter (0,1,2,3,4,0,1....) with additional features like BCD to 7-segment-display decoder, the reset switch and the special switch to omit number "3" in the counter.

But the question is, how can I determine whether the circuit is Moore or Mealy machine? Are there any important things I should keep in mind? Any help would be appreciated. 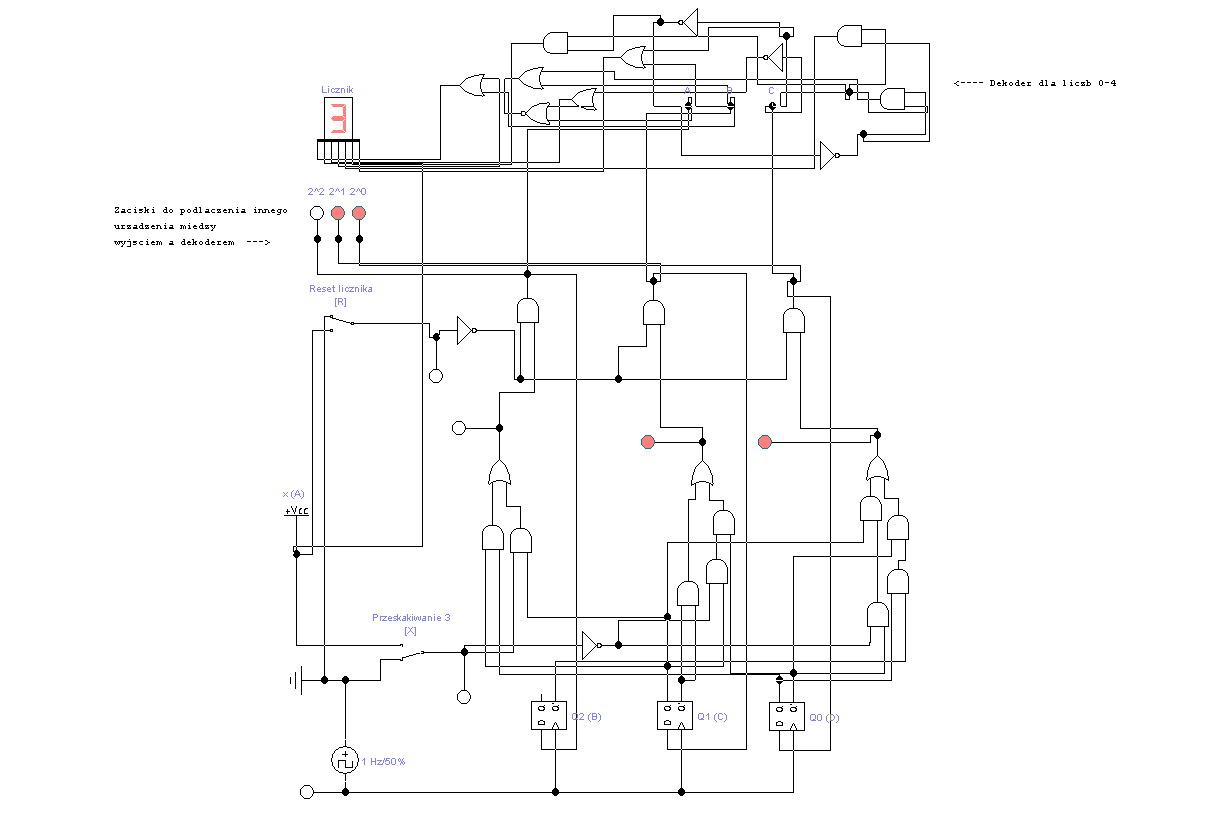 First of all, that's a terrible diagram that you want us to analyze — it's essentially unreadable.

In your design, the state is embodied by the three flip-flops at the bottom, while the inputs are represented by the two switches. The outputs are the varioius LEDs at the top.

It's clear that both switches directly influence the outputs, so you have a Mealy machine.

In practice, the difference between Moore and Mealy in most situations is not very important. However, when you're trying to optimize the design in certain ways, it sometimes is. Generally speaking, a Mealy machine can have fewer state variables than the corresponding Moore machine, which will save physical resources on a chip. This can be important in low-power designs. On the other hand, a Moore machine will typically have shorter logic paths between flip-flops (total combinatorial gate delays), which will allow it to run at a higher clock speed than the corresponding Mealy machine.