NMOS FET with a negative drain

With the positive-going Gate voltage, I tried an NMOS FET. This works as expected with a drain of +10V but with a drain of -10V the FET just acts like a diode, dropping only 0.6V across itself or nothing.

Is there any transistor suitable for this application or must Vg always lie between Vd and Vs? Also, I'm also trying to keep the circuitry as minimal as possible.

To further explain my problem: I need to discharge a capacitor at a specific time (when an IC turns off) clamping it to ground, otherwise other voltage lines held up by capacitors begin to leak into it causing havoc (specifically the negative voltage line). Obviously this shouldn't be allowed to happen however the leakage problem is currently out of my control hence why I'm trying to come up with a fix just in case I'm stuck with it.

Also, the level of the GPIO control signal can be active-high or active-low.

I've had some joy by using a single JFET but it's not as good as a MOSFET as the JFET conducts more than a MOSFET when it's "off". I'll take a look at level-shifting.

The line I'm trying to deal with "VCOM" actually travels between -15V and +15V during it's normal operation and ends at 0V. However, as I explained above, it won't stay at 0V after it's operation which is why I'm trying to crowbar it to ground on demand.

All MOSFETs inherently have a body diode between source and drain. This diode is reversed biased under normal usage, but if you put the drain at a lower potential than the source on an N-channel FET, you will, as you have discovered, forward-bias this diode.

More on the body diode: MOSFET: Why the drain and source are different?

Either way, you will likely need some sort of level-shifting circuit to translate your 0V-3V logic input to whatever levels are required by the MOSFET arrangement you select. This can be as simple as another transistor (usually a cheap BJT) and a resistor, or a complicated arrangement designed to switch the MOSFET at very high speeds which might include dozens of components and maybe even additional voltage supplies. It all depends on your application. 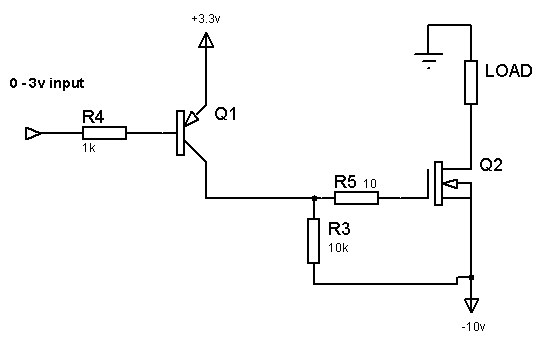 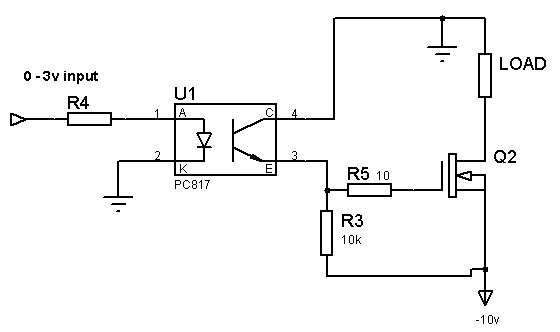 In theory you could do what you are asking with a depletion-mode p-channel MOSFET, but they are not very common at all.

It's easy to do this with two P-channel enhancement mode MOSFETs and a resistor if your switching speed requirement is not high. 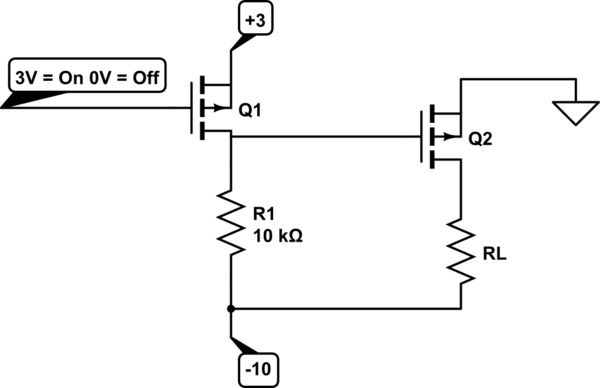 To use this simple circuit, the power MOSFET Q2 must have a gate rated to be reliable with 10V drive. The small signal level shifting MOSFET Q1 must be a type that will be sufficiently turned on with -3V \$V_{gs}\$ It will switch "on" in a fairly sluggish manner if it's a big MOSFET, but that could be solved easily with additional drive circuitry (as can the \$V_{gs(max)}\$ > |+/- 10V| requirement).

One attractive idea (if it fits your load requirements) might be to use a dual p-channel MOSFET, so you only require a resistor or two (one in series with the input might be advisable, depending on what is driving it) and a single ~2mm square package. 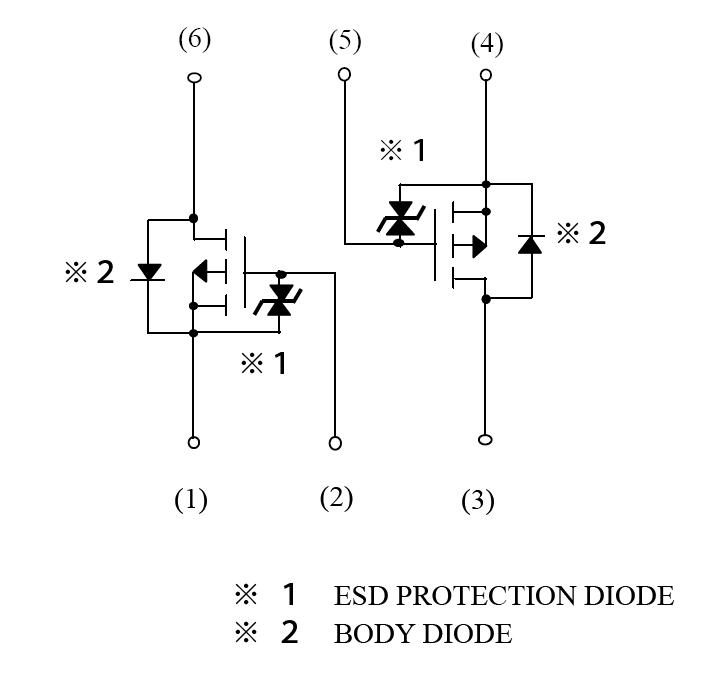 10
NMOS FET selection for reverse polarity protection
1
MOSFET Floating Drain
0
Mosfet bootstrap voltages
4
Why are the advantages of JFET over MOSFET, or why are JFET still used?
0
How to use MOSFET as an active load resistor?
1
FET DC operation in the ohmic region if the SOA curve doesn't have a DC line?