What is referred to as CMOS sensor rolling shutter width?

I would say its the width of the exposed part of the sensor: you can have a slit that is 1mm move across the sensors, or 10mm, etc. Probably useful to write as a ration, 10% of the sensor width/height.

What Sandos said above.
Expanding on that.

A rolling shutter (Wikipedia) is a camera (or image) sensor technique that produces exposure times that can be effectively far faster (shorter duration) than the response time that can be achieved with a shutter alone.
This is achieved by exposing only part of the sensor at any one time.
If eg 20% of a sensor is exposed to light at any moment but the whole sensor is exposed at some point then the effective speed is 100%/20% = 5 x faster than the actual shutter time.
This is because 5 x less light reaches the sensor than if it was all exposed at once...

Not exposing the whole sensor at once can cause some "interesting" distortions.
Image below taken with an iPhone 4 with rolling shutter - from this
superb description of rolling shutter distoprtion effects 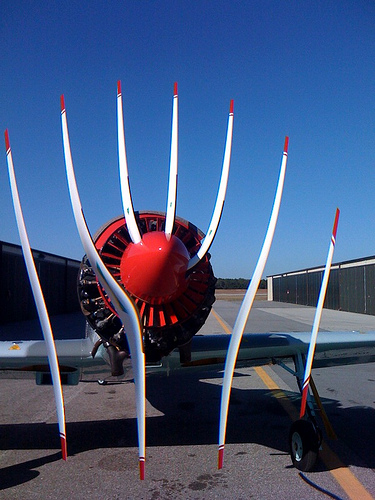 Alternative names are "roller blind" shutter and "dual curtain" shutter and "focal plane" shutter. (Their can be other forms of FPS but the dual curtain shutter is the most usual.
These names derive from the use of mechanical "curtains which move to first open the light path and then to close it.

In modern sensors it may be possible to replace one or both "curtains" with electronic turning on and off of the sensor elements. While a mechanical shutter will have a physical moving curtain the CMOS equivalent is simply active or inactive sensor elements.
To date the industry tends to imitate the mechanical arrangement so that a "wave" of active sensing propagate across the sensor. If this "wave" occupies 20% of the total width then the rolling shutter width will be 20% of the sensor width.
Once technology advances enough to allow the sensor portions to be enables and disabled semi randomly it will be advantageous to distribute the on and off areas. This would mean that there was no rolling shutter width per se.

The image below shows 3 examples of a rolling shutter in action.

Here is the same image as above but animated so that the dual curtain action can be seen.

From the above page:

High speed operation.
Red / 1st curtain starts to expose sensor but green/2nd curtain follows it before it has crossed sensor so there is a window or slit moving across the sensor. The rolling curtain width is the distance between red and green edges.

33
What' so great about CMOS?
5
Raw access to CMOS image sensor?
4
High-Sensitivity, Low-Latency Imaging Sensor
3
Equivalent width of CMOS gate?
1
What is the true reason for the rolling shutter effect on modern CMOS camera?
19
Why is there no rolling shutter when using a mechanical shutter?
0
Detect Infrared beam projected onto X-Y plane. Save and display coordinates. CMOS sensor?
0
Determining width and length from CMOS inverter layout
0
CMOS pulse-width converter