I have purchased a nice light bulb with long visible wires/resistors and plugged it in, on the ceiling. It burns too bright without a dimmer and does not look as intended (also the lifespan decreases).

I would like to permanently dim it. However the light switch does not have enough space inside it for a full dimmer, though I can fit something smaller. I was thinking of connecting a big resistor serially to the bulb.

Is that a good idea? I was thinking around 2 KOhm, as I figured that is the typical lightbulb resistance and therefore it would halve current. What is the difference with the 0.1W and the 50W ones? Can either take the 220V we have over here? Would it overheat closed inside the switch hole? Am I talking nonsense and should I go back to reading my uni books again?

I am going to assume it's an incandescent bulb of the "artistic" type with interesting filament structure. If it's an LED or CFL bulb, the below comments do not apply.

It's possible to connect a silicon diode in series with the bulb to permanently dim it. The behavior is not linear because the light bulb proportionally sucks more juice (technically speaking) when the tungsten filament is not running at full temperature. There's no way to adjust the brightness, so it's either acceptable to you or not.

The diode part number would be different depending on the bulb wattage, but a 1N4007 should work for anything up to 100W or so, and a 1N5407 for about any bulb you'd be likely to use. Be prepared to occasionally replace the diode after the bulb blows- the symptom would probably be the new bulb operating at full brightness. There's less chance of that happening with the 1N5407. They're less than 50 cents each. 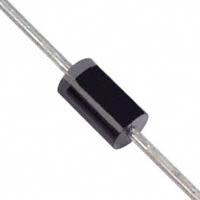 If you have a bunch of them, you could install them in random orientation (which end of the diode goes to which side of the power) to be nice to the power company.

Note: I have no opinion on whether this is acceptable to fire, insurance or other codes and regulations in whatever 240V country you're in. Electronically it will work.

Well, a light bulb is a purely resistive device and if you think a series 2 kohms would fit the bill for reducing its brightness to the right level then it's worth considering using a capacitor instead. To get the same reduction in current you'll probably need between 2 kohms and 3 kohms and the capacitor value would be: -

So, try a 1uF capacitor rated at 250VAC (if that's your AC voltage) and see if it works.

Using a capacitor means it won't generate hardly any self-heat at all.

Also remember to take care when making this modification as it is dangerous.

My application requires reducing the lumens of a 7.5 watt, 120 volt, 60 hertz incandescent indicator bulb to a low and a very low level of illumination. One 3.5 uF polypropylene capacitor (250 VAC) in series with the light bulb reduces its brightness to a low level. Two 3.5 uF polypropylene capacitors in a series reduce the lumens to a very low level. Placing a good ampacity SPST switch across the terminals of one capacitor allows me to toggle the night light indicator bulb between the two low illumination levels. This has become a very satisfactory and inexpensive solution for part of my product line. [For safety's sake, do not use a cheap switch which will arc excessively due to the capacitors stored energy.] J. David Carls

Not the answer you're looking for? Browse other questions tagged resistors light ohms-law dimming dimmer or ask your own question.