Why does power go both to and from a power station?

It is common practice that wires in power lines send power both to and from a power station. Suppose that, instead of forming a closed circuit between a substation and a consumer, both the substation and the consumer keep one end of the circuit grounded (see schematic). The circuit should still operate as usual, or no?

In other words, why is it necessary that power lines be two-way? Is it ever possible to use the ground to "complete" a circuit, either in AC or DC cases? 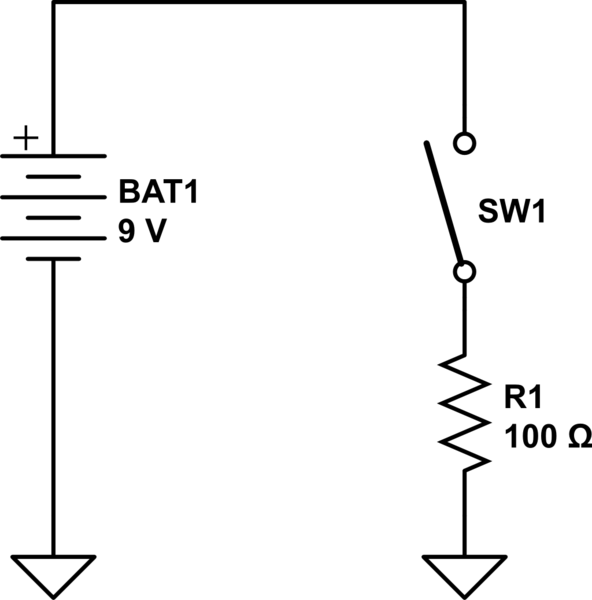 Firstly, power stations don't send power both ways. They don't even send power. They send energy, and they only send it one way. Power is how fast the energy is being sent.

An analogy: you can send babies. You can't send birthrate.

What is going both ways in the circuit is electric charge. And, since electrical power distribution is usually AC, it's only going both ways at an instant. If you watch it over time, you will see that it reverses direction about 50 or 60 times per second, depending on national standards.

An analogy: the wires are a long rope, your toaster is a pulley, and the power plant is someone holding the ends of the rope, with the middle looped around the pulley. The power plant pulls each end alternately, and the toaster heats the bread with the friction generated.

Now consider what you mean by "grounded". The schematic you have drawn is really shorthand for this:

If by the ground symbol, you mean, "connected to a copper rod in the Earth", then we have to consider what's between the copper rods. It's not a wire.

Rather, it's some soil, which conducts, but not especially well. You could roughly approximate it as a resistor. Consider, what would happen if you inserted a resistor at the bottom of this circuit? If it's not very small relative to the resistance that's already there (R1), then a significant fraction of the power (the rate of energy use, not the stuff in the wires, remember) will be lost in the Earth. This makes the distribution very inefficient.

However, there is a type of electrical power distribution that uses only one wire, and uses Earth as the return. It's called single-wire earth return, and it works (to a gross simplification) by delivering the energy at a higher voltage, thus reducing the current in the Earth, thus reducing the losses there. At the delivery point (your house), the voltage is stepped down to 120V or 240V or whatever your national standard is.

You must have a closed circuit for current to flow.

Each ground signal in a schematic can be interpreted as "this is connected to every other ground with 0 impedance". Now this isn't quite true, because not very many things have 0 impedance.

Would you rather have the return path be a high-impedance earth, or a low-impedance power line? A low-impedance return allows the user to use more of the power supplied, rather than wasting it on driving the return current back to the base station.

Not the answer you're looking for? Browse other questions tagged ground power-engineering or ask your own question.