Am I right in analyzing this simple RL circuit?

I'm given this circuit which is in steady state: 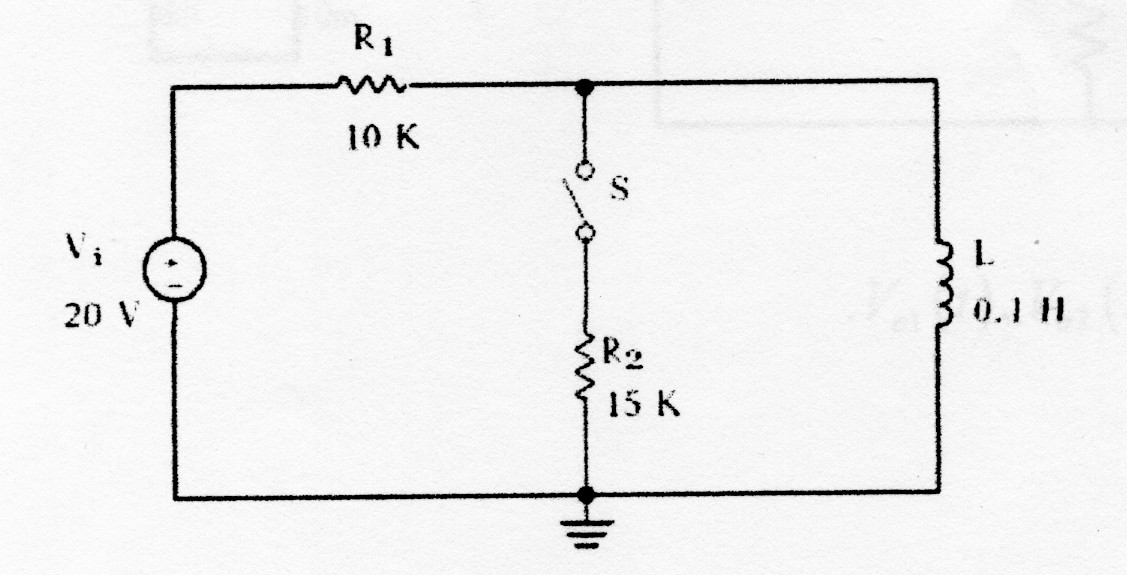 At some point the switch closes. What happens to the voltage across the inductor and the current through it?

Well, the way I see it is that if the circuit reached steady state, the inductor is a short so adding a resistor in parallel with it does nothing as no current will run though the resistor which means no voltage will build up at the junction between the inductor and two resistor. The voltage across the inductor is 0V and the current through it is 20/10k = 2mA no matter when I check after reaching steady state.

Let's try it out: 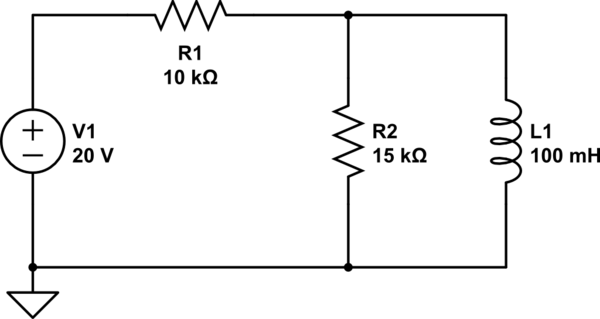 If you edit that schematic and run a time-domain simulation with time from 0 to 1 second with 0.001 second intervals, you'll notice the current through R1 is indeed 2mA. If you take out the inductor, the two resistors act as a voltage divider and the voltage between them is 12V.

So yes, your analysis is correct.

Not the answer you're looking for? Browse other questions tagged inductor transient or ask your own question.

7
Cutting an RL Circuit
0
In Transient Analysis, what happens when free electrons are applied to a matrix of resistors that don't have a ground?
1
What is the back voltage generated by this inductor in this practice problem?
0
Short circuit parallel to current source
0
The step transient response of a parallel RLC circuit
1
Real inductor equivalent circuit
1
RLC Circuit Source Transformation
0
Scenarios where Inductor back EMF would result in damage of circuit or component
0
Transient voltage of an inductor in an RL circuit
3
Current through an ideal inductor at steady state