After tweaking the domains, the run-time duration of the simulation and the location of the probe I discovered that there was no mistake. Below I've attached a picture of the graph blown-up.

Recently I've become interested in self-studying electrical circuits and upon my scholastic quest I've stumbled upon a problem.

To my understanding, a half-wave rectifier is meant to eliminate the "negative portion" when graphed using a sine representation when tested on a simulator, but I don't seem to be getting the same result.

The other problem that I'm facing is trying to run a simulation of a full-wave rectifier.

I'm using PartSim, which is a completely free simulator (Not an expert with it... yet).

I'll attach some pictures of the circuits that I made and also the apparent simulation results.

My Diagram of Half Wave Rect: 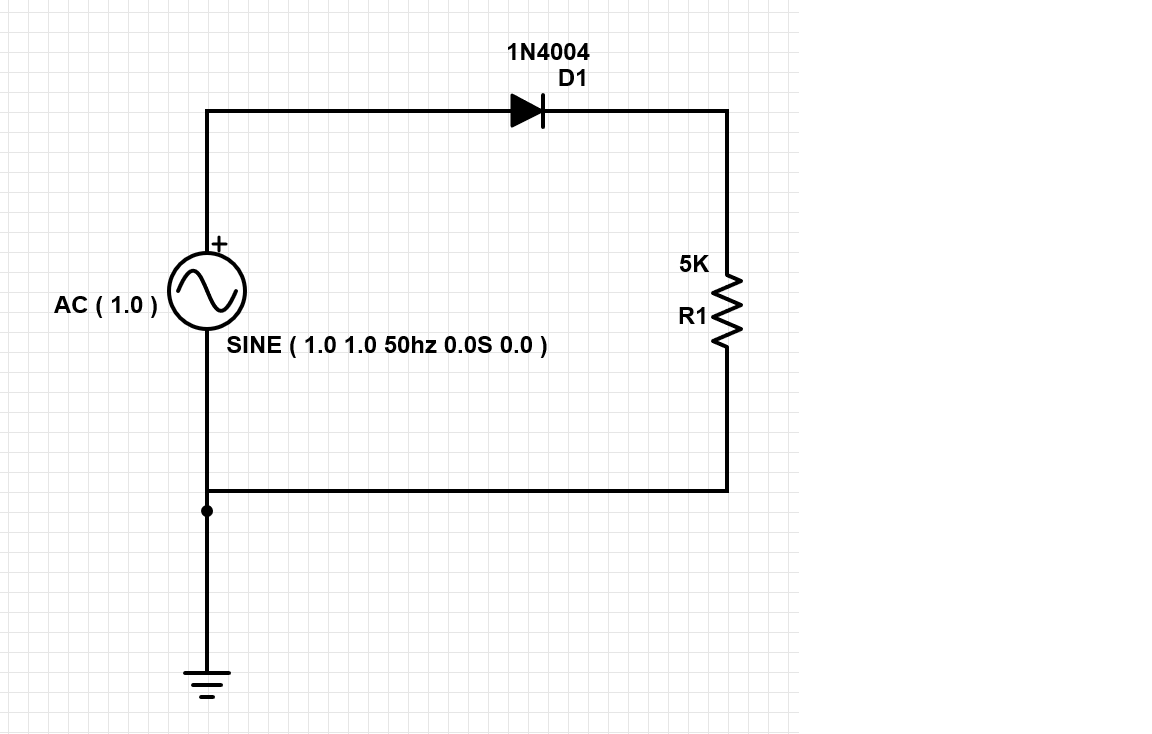 Graph of Simulation of Half Wave Rectifier:

Zoomed in Depiction of Graph:

My Diagram of Full Wave Rect: 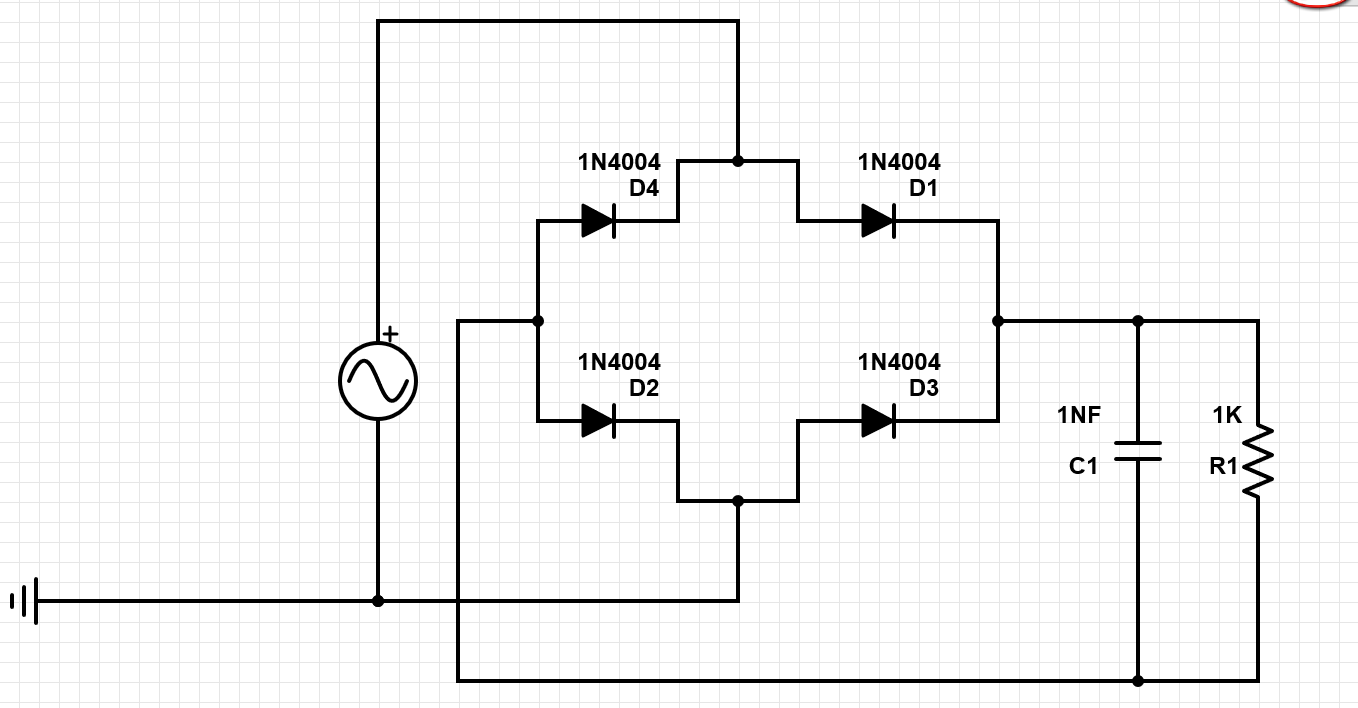 The problem I see with your schematic is that you have two ground references. Your AC power supply is grounded, as well as D2 cathode. And the bridge rectifier DC output rail's ground is in fact the anode of D2 (even though not shown), the cathode of D3 being the positive (Vcc). Also note that your load R1 is connected between these two points. Now, am I missing a point or are both the anode and cathode of D2 grounded (D2 shorted)?

Not the answer you're looking for? Browse other questions tagged simulation rectifier graph or ask your own question.