Can someone see what I did wrong?

As requested more information: I connected the leds directly to the PCA9685 as shown in figure 15 from page 28 of the datasheet

At the moment the led always burns but with the example code from the library it should blink. 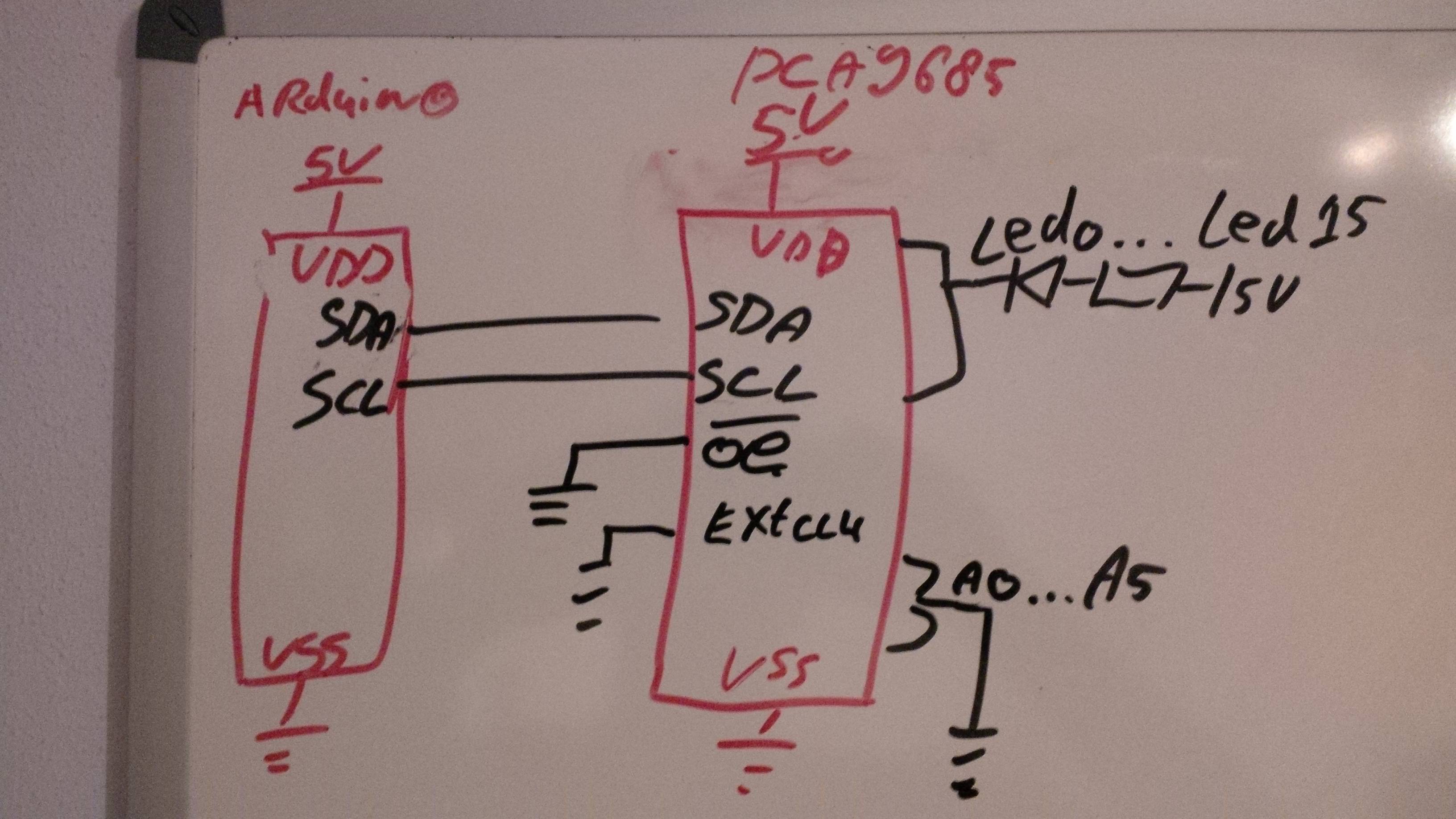 I used the example program from the library but the leds don't change in brightness. (Just to make it clear i have 16 leds connected to the ports and not just one)

I hope its more clear now what I want. edit(2) 2/8/2014 Be course I have the uno r3 I use the 'special' sda and scl pins that are near the connector. (when i connect a led to these pins it blinks softly so there is a signal on the pins)

Are the SDA & SCL line pulled up in the board? Apparently its not there in your circuit diagram. Connect a 10K from each of the two to +5v

1
BMP085 and Humidity and Temperature Sensor with arduino
2
LPD6803 RGB LED Strip with an Arduino
1
Arduino UNO R3. IDE Error-Not in sync. TX shorted to 5v?
2
Arduino I2C communication between 2 master networks
0
Arduino pin 13 dead - does that mean replacement board is dead?
0
I2C/TWI in ATMEGA - where is voltage source?
0
How can I see an output from SCL?