Constant current in a circuit? 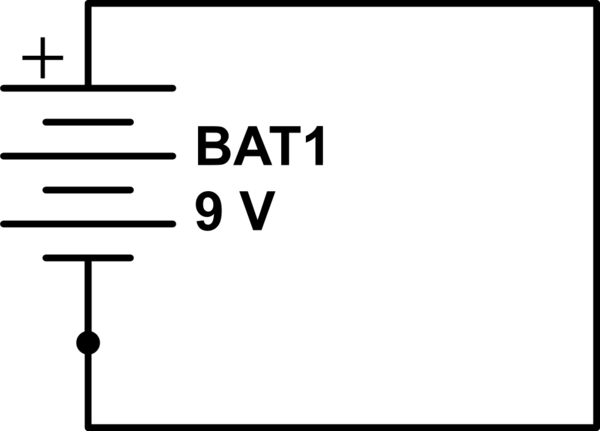 A battery pumps electrons by creating an electric field and converting electric potential energy to kinetic. Near the positive terminal the electrons have more kinetic energy so shouldn't the current be higher?

An analogy might clarify my question: If you drop a ball from a building, the ball will speed up as it reaches the ground because more potential energy has been converted to kinetic energy. Similarly, shouldn't the electrons move faster as they approach the positive terminal, since they have more kinetic energy? And consequently shouldn't the current be higher?

In electrical circuits velocity is pretty much the current (Coulombs/sec). Kinetic energy is proportional to velocity-squared (1/2*m*v^2), it means that if you have a constant current, you have on average a constant kinetic energy.

Therefore, since the entire wire is filled with electrons (virtually gapless); all the electrons must have the same velocity (same current), and so the kinetic energy is equal every where.

Analogy, where water molecules = electrons. You can see that the molecules at the start of the pump don't have a larger velocity (current).

Another weaker analogy is that a train. Imagine the engine (battery) as the mechanism that applies the force (voltage/emf) to the rest of the carts (electrons). All the carts in the train will have the same velocity.

There are some good, theoretically sound answers here. Let me try to explain from a different viewpoint:

I tend to not think of electrons flowing through wires, as this implies that their mass and momentum is what's causing the transfer of power. You often hear that you should imagine a tube of ping-pong balls. But this can be misleading, too! Instead, imagine an 8-ft diameter pipe packed with sand. You force some sand in one end, and some will come out the other end, but velocity, mass, and momentum don't play into it much.

The energy transfer happens because of a wavefront of excited electrons pushing (via electric fields) all the other electrons around them. Not because of the electron mass imparting Newtonian momentum. The actual electron drift in a 1-mm thick copper conductor is on the order of one millimeter per second!

In fact, that's one of the big places that the water analogy breaks down. There is no electrical momentum based on mass! (That's a strong statement, and not absolutely correct, but it will serve you well)

If you want to "add" momentum into your circuit, you'll use an inductor. This makes the water analogy useful again :)

There's an excellent example of this analog. Check out this Youtube of a Ram Pump: http://www.youtube.com/watch?v=qWqDurunnK8. It's a neat, old technology that many people have never seen. It turns out that it's exactly the same as a boost converter! If you haven't seen boost converters yet, you soon will. They're used all over the place in electrical circuits.

The Ram Pump works based on momentum. To make it work in electronics, you use an inductor to impart a momentum analog! It's awesome! Use a diode for the one-way valve, and a capacitor for the pressure chamber.

You're embarking on a fun adventure, this whole engineering/physics thing :)

Why is the current constant everywhere?

Well, it's not, really. Here's what's missing in your analogy: if the difference in gravitational potential from the top to the bottom of the building is analogous to the difference in electric potential (voltage) of the battery, and the ball represents an electric charge (say, an electron), what you are missing is all the other charge in the wire.

All conductors are full of movable electric charge, like a pipe full of water. If you put some charge in one end, you create a higher "pressure" at that end. Then a wave of force propagates through the fluid with the eventual outcome of equalizing the pressure everywhere. In water, these waves move at the speed of sound. In a wire, they move at the speed of light.1

Because these waves will eventually propagate throughout the entire circuit, if your battery voltage isn't changing, eventually it will reach equilibrium and the current will be the same everywhere. When the size of the circuit is small, light is so fast that it's a reasonable simplifying assumption that these waves propagate "instantly", and so the current is the same everywhere in the loop.

When this is not the case, and the time it takes the changes to propagate becomes significant, the circuit will likely be modeled with a transmission line and you are probably entering the discipline of RF engineering.

You should probably also not think about electrons moving from the negative terminal to the positive terminal. You will confuse yourself because everything will be backwards (because electrons are negative charge), and you will also be forgetting about roughly half the charge in the universe: protons, and other positive charge. Rarely is the motion of individual electrons relevant, and in many circuits (and certainly any circuit with a battery), electrons aren't the only charge carriers. Usually we care about the forces transmitted by charge carriers, not the charge carriers. See:

In your particular case, when the battery is first connected, electrons are attracted to the positive terminal, and repelled from the negative terminal. Current begins flowing at both terminals of the battery, and then the wave of force propagates through the wire until the current is flowing everywhere and the circuit reaches equilibrium.

You would also probably find this enlightening: How does the current know how much to flow, before having seen the resistor?

1: The speed of light in particular materials differs, just as the speed of sound does. See velocity factor and the very cool Cherenkov radiation, something like the light analog of a sonic boom.

Kinetic energy from electron drift is minimal. We can see the effect of it in superconducting circuits, and at frequencies approaching daylight, where it appears as a kind of inductance, but it's not significant in ordinary circuits.

Electrons in a wire drift very slowly, meters per hour. That represents a substantial current because there are a lot of them.

Recall that current is charge flow (quantized as so much charge per electron) per unit time, nothing to do with kinetic energy, only how many electrons pass a given 'divider' per second.

Electrons moving in a wire are not like balls being dropped.

When you drop a ball from a building, it has not much stopping it until it hits the ground. There is only air in the way, which represents a very small influence on the ball over the conditions one might imagine in this thought experiment.

Electrical circuits aren't like that. The mass of the electrons compared to the mass of everything else (protons, neutrons) in the wire is very tiny. But more significantly, the wire is full of electrons. You can't "drop" an electron: it will just hit other electrons. Don't think of a ball: think of a sea of balls. The individual balls aren't really so relevant: usually what we care about is how we can exploit this invisible "fluid" to do work.

The circuit you have drawn, by the way, can't exist. In a schematic, the lines represent ideal "wires" that are infinitely conductive, which means the voltage is the same everywhere in them. There are a lot of ways to explain this, but here's one: take Ohm's law:

Can voltage (\$V\$) be anything but zero volts?

Is there any solution to this system of equations? There is not. This circuit can't exist.

If you attempt to build this circuit with a real wire, that wire will have some small resistance. Let's say it's \$1\Omega\$. Most short wires will be less, but this will keep the math easy. Now the equations are:

Now it's clear that the current will be 9A.

This should make your thought experiment more clear: in any real circuit, there must be some resistance1 between the battery terminals. If you want to make an analogy to more familiar physical phenomena, resistance is like a friction that acts on electric charge. This is where the energy from moving the charge from a high potential (positive terminal) to a lower potential (negative terminal) goes: it is converted to heat in the resistor.

1: superconductors have no resistance, but they do have inductance. Provided the battery can continue to supply energy, there is no limit to how high the current can become, but the current grows at a finite rate, so an infinite current would require an infinite energy source.

167
How does the current know how much to flow, before having seen the resistor?
31
Current flow in batteries?
12
If electrons move slowly in an electrical circuit then what signal or energy is it that travels at the speed of light?
14
Which everyday components involve flows of charge that are not electrons?
4
How is saltwater able to conduct electric charge between two wires?

9
What is the dielectric constant of a fly?
17
Why does the thickness of a wire affect resistance?
0
How does an inductor generate back emf equal to a source driving it?
41
Why isn't there a potential difference across a disconnected diode?
3
Loop count in a current transformer
3
What is the mechanism that causes two conductors to “stick together” when a current is passed?
24
How is it that two electric currents can travel in opposite directions on the same wire, at the same time, without interfering with each other?
0
Can anyone explain reverse bias pn junction using only electrons as charge carriers
0
How to analyze a capacitor connected to a DC voltage directly (no resistor)?