I need to switch a load, controlled by a microcontroller. (Actually, bypassing a load with a short-circuit.) My question is how to implement the switch. 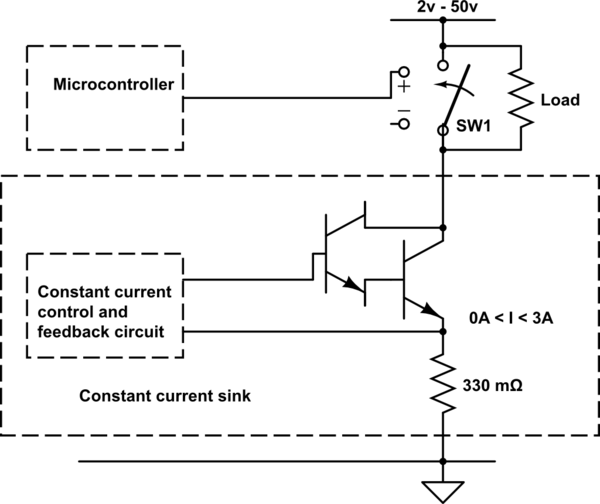 I am struggling to simplify my design of the switch. The problem is interfacing the controller with the "switch".

The following is one idea I've had: 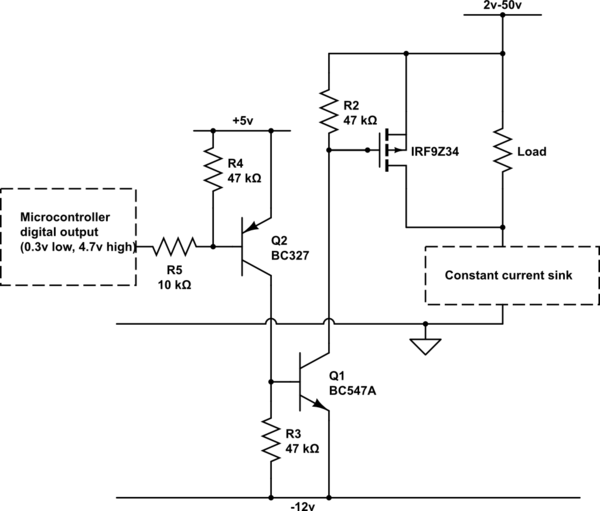 However it strikes me that three transistors for this one "switch" could be simplified.

I'm using a MOSFET so the on-resistance would be low, but a BJT would be OK. But either way, I can't see a simpler circuit that would allow the switch to be controlled by a microprocessor.

For example, to turn the P-channel MOSFET on, when the 2 V-50 V rail is at 2 V, the gate would have to be pulled down to around -2 V or lower. And the simplest way of interfacing that with a microprocessor would be to have one BJT pulling Vgate to -12, and another BJT sourcing current into the last one's base from +5 V, which could then be controlled by the microprocessor.

Of course, if the constant current sink is programmed to sink a small current, and the 25-50 V rail is at 50 V, the MOSFET's Vgate would have to be taken to about +50 V to turn it off. My circuit would do that by turning off the BJTs.

Is there a simpler way that I've missed?

Why not use a relay - it can be driven from the 5V logic, possibly with a transistor to help it and the relay contacts would just connect in parallel with the load. What you haven't said is how fast you need to do the load bypass switching (is there any PWM involved) and what the maximum load current is - this may drive you down the MOSFET route.

Here's the relay I'd consider if it is just to act as a dumb load on/shunt switch: - 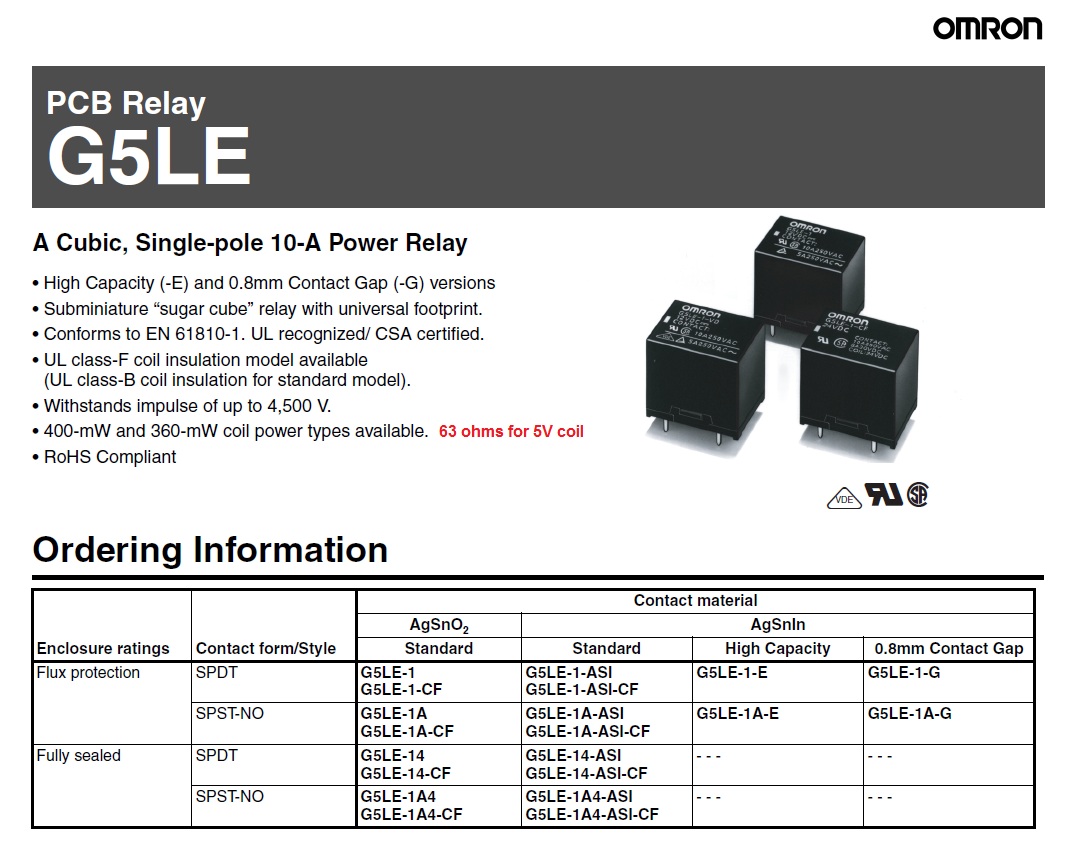 BTW - in your 2nd circuit there is no gate over-voltage protection when the power supply is greater than 20V (most MOSFETs can deal with maybe 15 to 20V on their gate but not 50V).

You can use an optocoupler to drive the gate and a zener to limit the gate voltage. 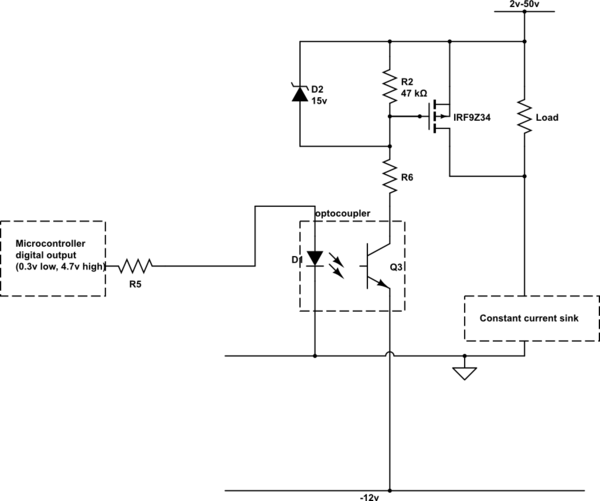 If your I/O pin can't provide enough current to drive the opto diode you may need to use a transistor or a small mosfet.

Not the answer you're looking for? Browse other questions tagged mosfet switches bjt or ask your own question.

4
MOSFET based switch for high voltages
3
How to switch a Bluetooth module with a P-Channel MOSFET high-side switch?
1
3 way switch with MOSFET
1
P-channel MOSFET with variable resistance on the drain
2
Problems understanding a MOSFET Switch
1
Raspberry Pi Mosfet Switch
0
Using a p channel mosfet to switch a RF switch
1
How to make a bidirectional power switch for negative supply rail controlled from logic level MCU