I am designing a little class AB amplifier for a small circuit. This circuit is biased such that it has low crossover distortion. Below is a schematic: 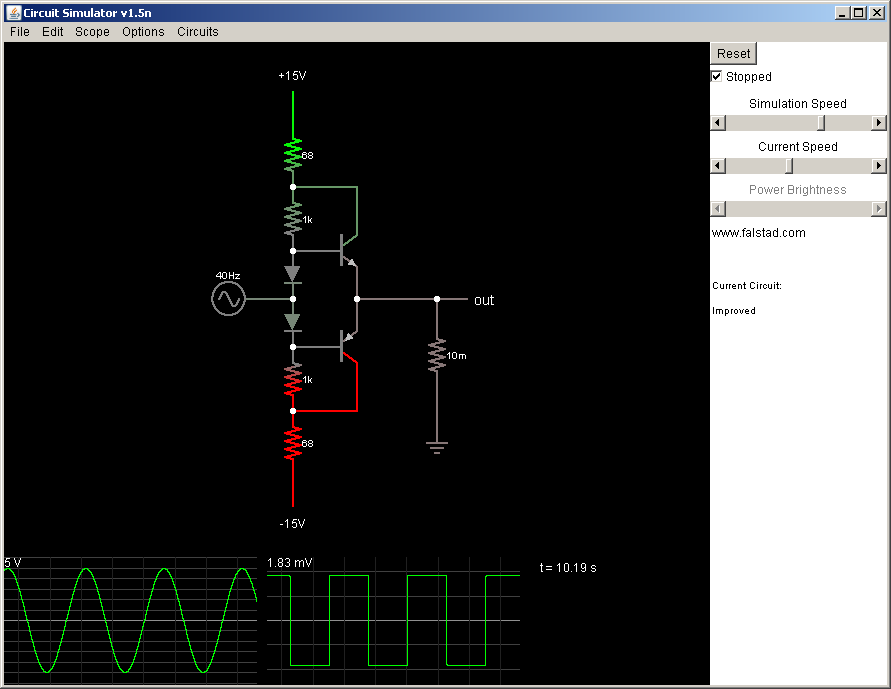 As you can see, I have inserted 68 ohm resistors in series with the power supply lines. This is such that when the output is shorted, the current is limited to about +/-200mA. In this demo, I have inserted such a short; a 10m resistor. However, in operation the resistors dissipate 1.5W each and in short circuit conditions about 2.5W, which means I have to use two big and expensive 5W resistors to remain within safe operating boundaries, and it also might cause problems for the power supply.

So I'm looking for some way to limit output current to about +/-100mA before the amplifier begins clipping (which the current solution manages), but without the "hack" of using resistors on the power supply lines. I was considering a comparator measuring the output current across a shunt resistor, but I wasn't sure how to achieve this for short circuits of both polarities. Also, I need the circuit to ideally work up to around 5 MHz, which limits the choice of components.

Edit: Thanks to russ_hensel and opencircuits.com, I devised the following current limiter (including amplifier), which actually works really well (it clips the output and doesn't make it sag or invert, like some limiting circuits.) 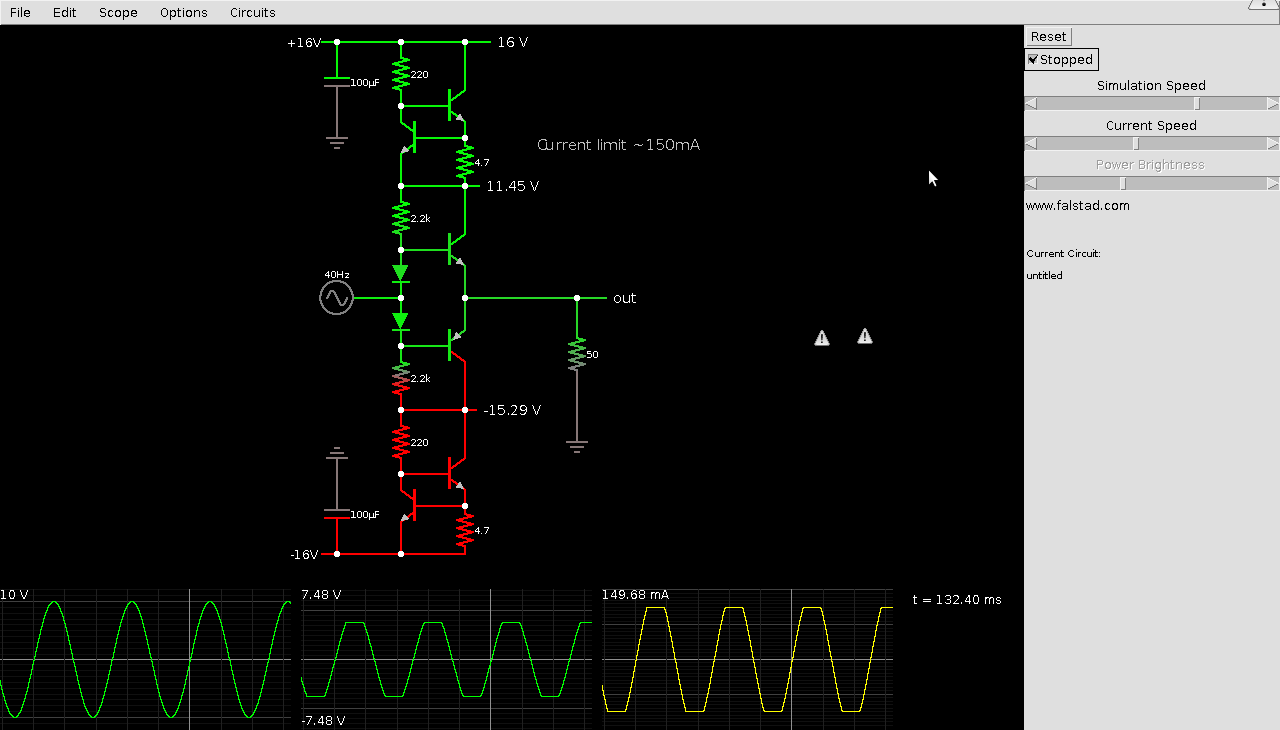 take a look at this circuit. you would need two one for each "side" of the amplifier.

Generally you have small (but physically large) emitter resistors, like 0.2 ohm, which I believe set the idle current when both output devices are turned on at the same time:

The TA7317 is an older IC for protecting amplifier outputs and speakers against a variety of failures. It looks as though it measures overcurrent (shorting) by measuring the voltage across these resistors. It also detects overheating, DC on the output, etc.

You can also measure the current going from each supply line to the output devices: Over-current protection in audio amplifiers Figure out the maximum current you'd expect to see for a nominal load in clipping, and then put your protect threshold above that.

You can also put a fuse in series with the output. :)

Not the answer you're looking for? Browse other questions tagged amplifier short-circuit or ask your own question.