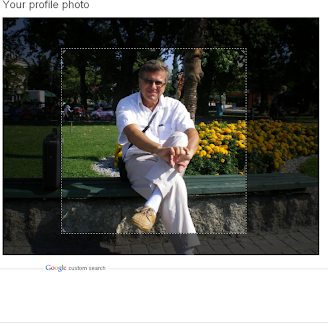 My name is Cyril Mechkov. I have been teaching analog, digital and microcomputer electronics since 1986 at the Computer Systems Department of the Technical University of Sofia.

My pursuit is to reveal the fundamental ideas behind circuits and show them to students and web readers. I do this relying more on my imagination, intuition and emotions than on the pure logic and reasoning... I prefer to understand and explain instead to learn and tell circuits to students... So I have my own circuit "philosophy" and try to share it with people.

I have been trying to do it in web since 2002 when started with a great enthusiasm my site of circuit-fantasia.com.

Then, in 2006, I stopped developing circuit-fantasia.com and joined Wikipedia because of its highest Google rank. I still managed to pass a lot of my ideas out there before the orthodox wikipedians ban me (see the list of links in my user page). My greatest achievement there was the page about Miller theorem (completely written by me).

In the next 2007, I created Circuit Idea wikibook where I began exposing my circuit philosophy.

In the beginning of 2013, I decided to continue my pursuit in the scientific network ResearchGate. My intention there was to do the same like in Wikibooks but in the more interesting form of dialogues.

I hope I will find here people sharing this philosophy.

You can write to my gmail (cmechkov).

We respect a laser-like focus on one topic.

All Questions Answers
Votes Newest
18 In this transistor circuit, what is the purpose of the diode across the motor? Dec 29 '19
16 What does this transistor circuit do? Nov 14 '20
12 Why don't I need a resistance when testing a light bulb circuit in a breadboard? May 28 '20
11 Diode connected BJT instead of a diode May 4 '20
10 Don't understand the current direction in a flyback diode circuit Jan 9
9 Is there an intuitive explanation of the classic edge-triggered flip flop circuit? Dec 30 '19
8 Sziklai pair feedback loop Jan 1 '20
8 How does a common emitter amplifier work (intuitively) Dec 2 '19
8 Operational amplifier when the non-inverting terminal is open Dec 26 '20
7 Understanding why not to use a resistor for multiple LEDs Oct 14 '20
View all questions and answers →