I'm looking to build a USB device that plugs directly into a mini USB OTG port - similar to those USB flash drives that can plug directly into smartphones with OTG-enabled micro USB ports.

I was thinking that the easiest way to build something like that is to have the connector soldered directly onto the PCB board - similar to how existing USB flash drives do it. 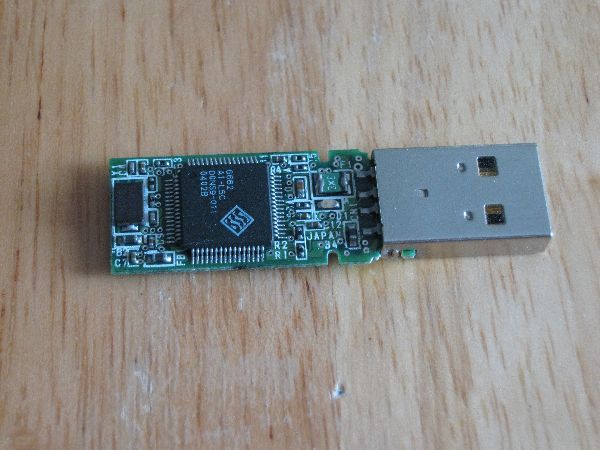 However, I'm not able to find a single supplier that sells PCB mounted male mini USB connectors. All my searches either come up with the female connector or a PCB mounted USB-A connector. The few I have found (from one supplier in China) aren't the USB OTG rounded type (although they would work).

Is there a reason why this is the case? Is it simply because it's not a commonly used part or am I simply not using the right search terms?

This is because Mini USB has been essentially phased out as depreciated, the newer standard is the USB micro-B bus, which is compatible with 3 times as many sockets as a mini USB.

The mini USB never caught on, not only because of plug, but because of its size. If one were to use a mini USB, the height was very similar to the USB A plug, so those were used instead.

Male SM components were exceptionally uncommon, as there are few uses for devices which have such small hard points. The smaller ports would often break and bend easily compared to the large ports. On top of that, smaller USB form factors were designed specifically for a device that would need a small socket due to space constraints (EG: phone, console controller). If someone needed a Device that plugs into another, there wasn't really any reason that A couldn't be used.

However, There are still many mini A-type USB male SM components out there, I have a sneaking suspicion you're looking on common shopping websites, as opposed to component distributors, the largest known to sell to consumers are Mouser and Digikey.

What you show in the picture is a standard USB 2.0 connector, not a mini. Are you looking for a Mini USB Type B? They are available, but unless you are looking for a "program" volume, you will find it hard to get the attention of any of the manufacturer's.

My company still manufacturers these and you can check out the SMT mounted version at AVX. If you have a low volume need, contacting distribution would be the way to go.

221
Why was Mini USB deprecated in favor of Micro USB?

1
USB Dual Male Connector
0
can a female A USB port be used on an OTG host?
0
What problems exist in making USB splitter cables?
0
If Micro USB B of USB 2.0 is set to Host with USB OTG, is it dangerous if connected to a USB-A-female port that isn't running USB OTG?