I try out with the P Channel MOSFET to do the power switching.

The MOSFET I am using is as follow. MOSFET datasheet link 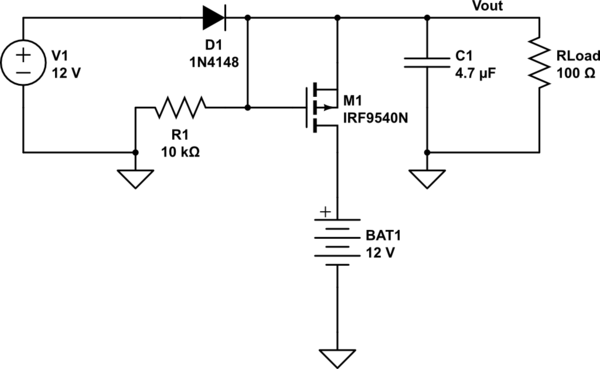 This circuit works where the MOSFET Turn off when V1 is on but when the V1 is switched off, then MOSFET is turned on. So RLoad will get the voltage source from battery when V1 is off.

However, i tried to measure the current flow from BAT1 to the circuit when the MOSFET is off and there is some current flow as well according to the RLoad.

As the RLoad higher then the current from the battery is going higher as well even the MOSFET also turn off.

I thought on the MOSFET turned off, then it would have no current flow through but there is still some current flow it from the battery source.

Is there anyway to prevent the battery current flow as this could reduce the battery voltage ?

You made two oopsies... 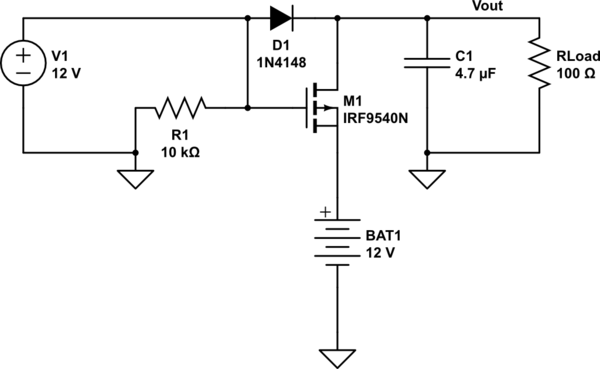 I would have drawn it more like this for clarity though. 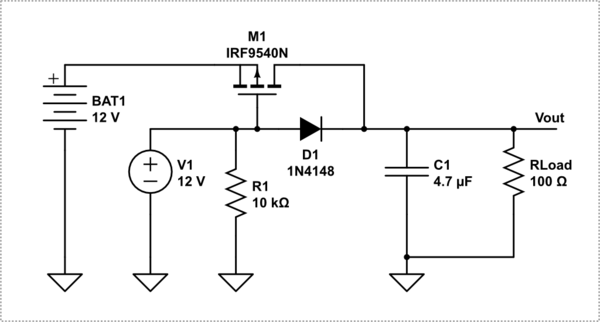 Be Aware, the 12V for V1 can try to charge the battery through M1 with this circuit though.