I am trying to hack a personal weighing scale.I had taken help of this tutorial but the language used in this is not very easy to understand due to the non-standard naming used for load sensor wires, but its a good tutorial. I had also looked at this tutorial to have a good understanding of adding a strain gauge in whetstone bridge in order to measure small change in resistance.

Also the amplifier used in the tutorial is not easily available in India i.e. INA125.

My question is , is there any alternative for the amplifier INA125.

Also i had read certain other tutorials for adding load sensor to the INA125 , but wasn't able to figure out exactly how to do it? 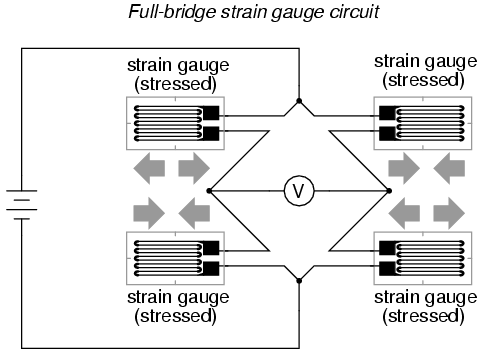 . I had even looked at a similar question but didn't get the answer. 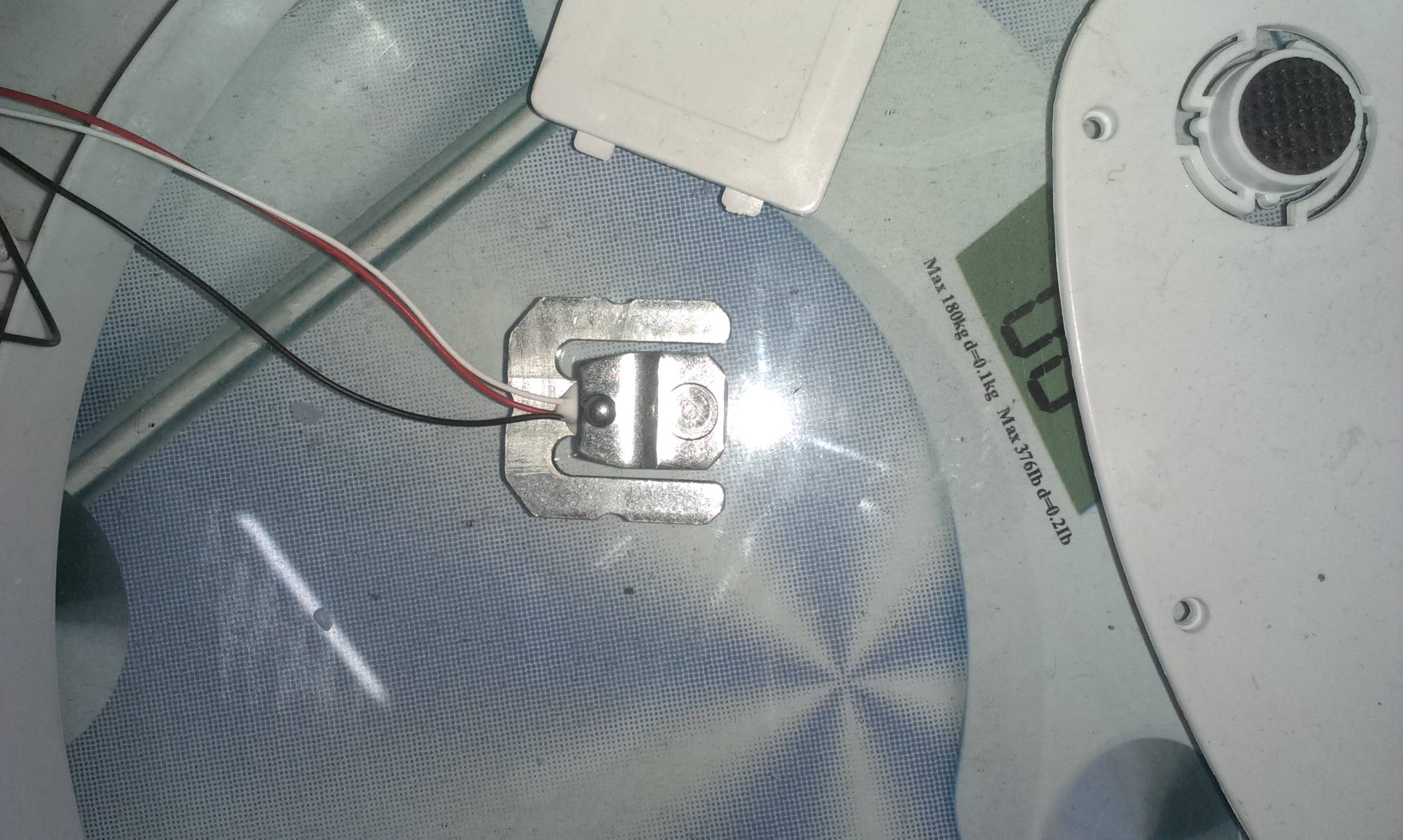 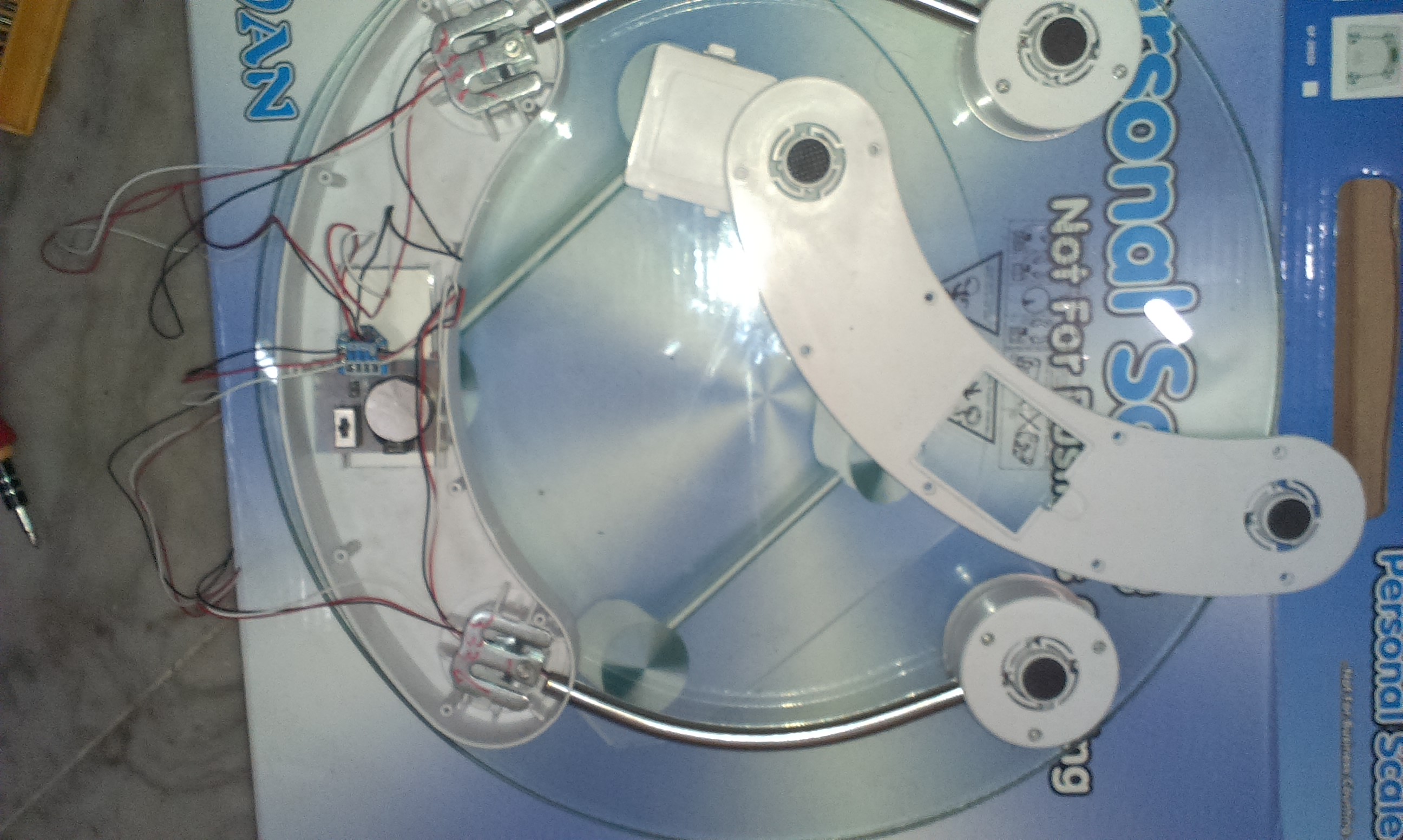 I had came up with a possible interface of the 4 load sensors to INA125 amplifier, can some body verify this?Below is the image. 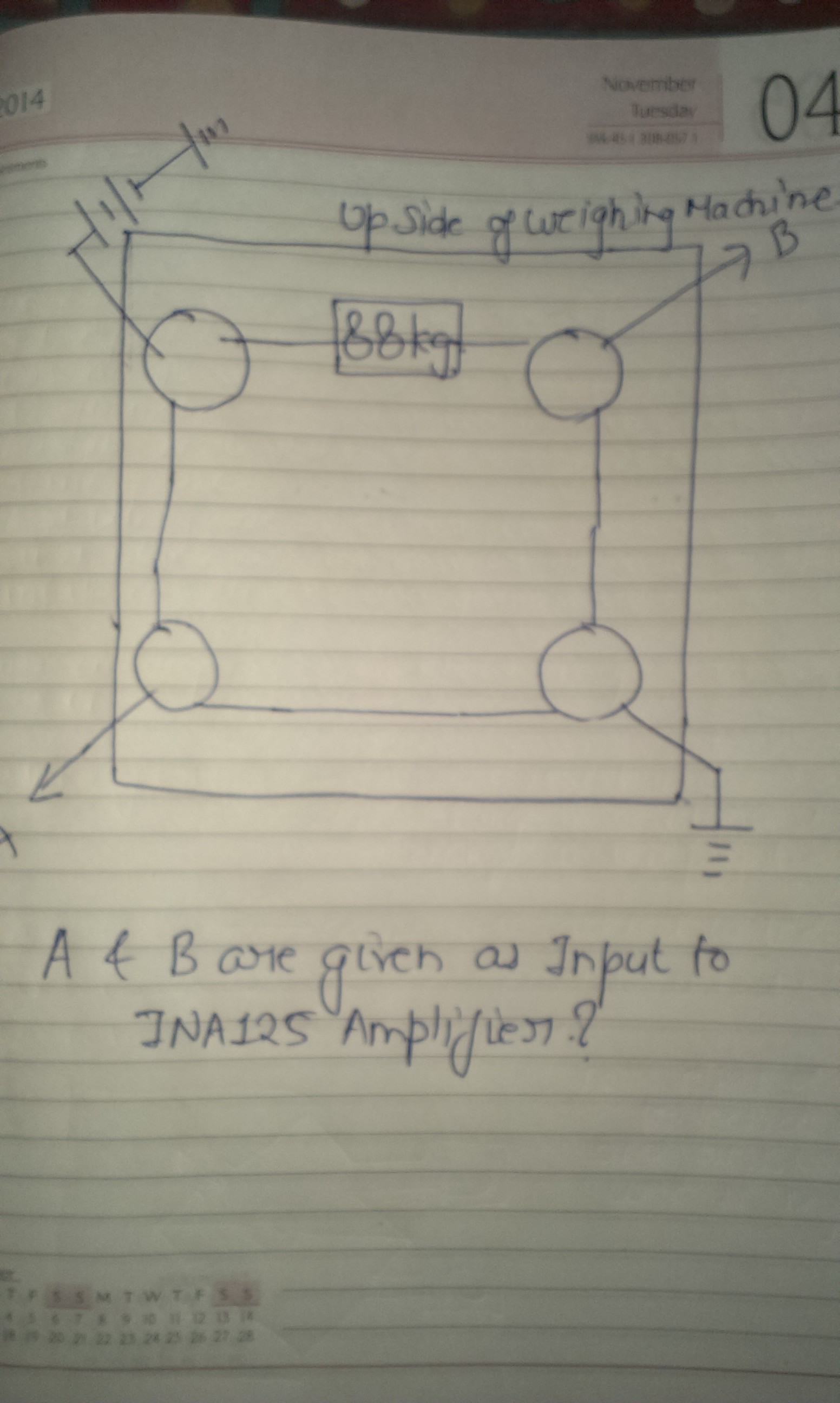 The INA125 is a convenient Instrument Amplifier with a Voltage reference. Alternatives could use any 3 suitable Op Amps in an IA configuration with suitable ref. voltage buffered by a 4th OpAmp using a quad OA, such as LM324.

Depending on wiring length and common mode noise around will determine how high CMMR you need offered by IA designs. Often with low impedance bridges, you can get away without much gain or extra high CMRR.

Here are some examples; 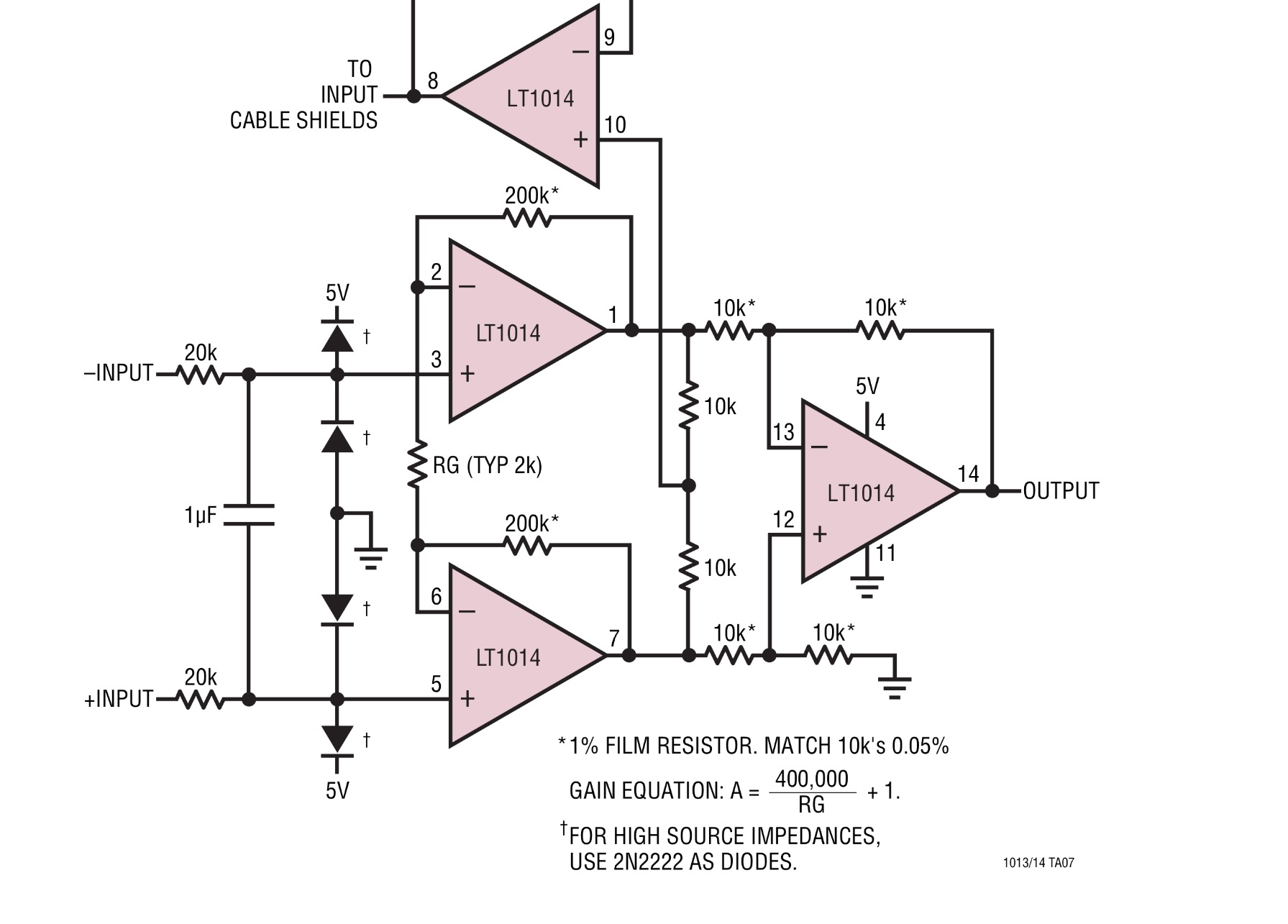 The two sensors are likely half bridges with 3 wires used for left and right side of bridge, which is symmetrical and the centre tap is probably the middle wire. 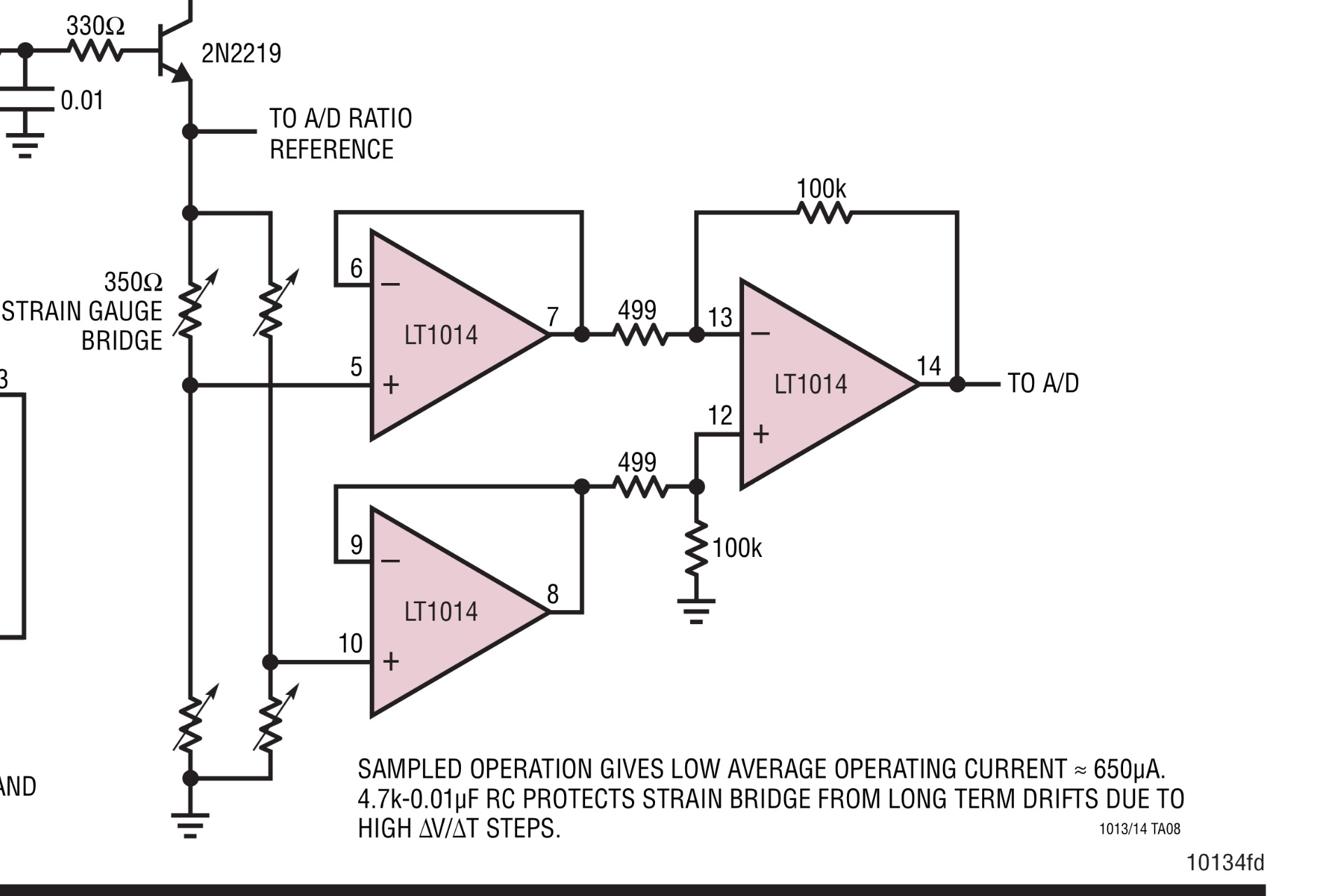 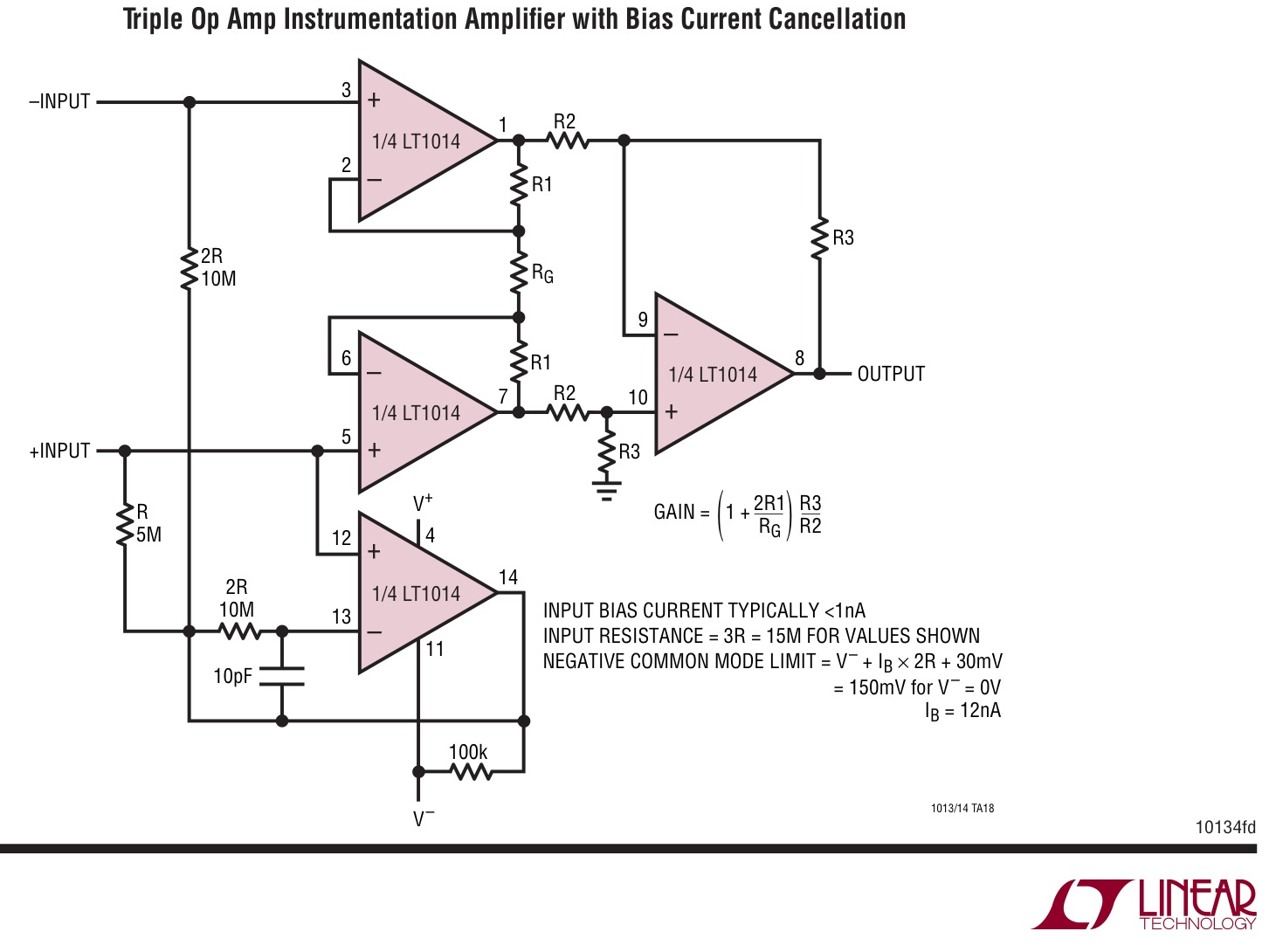 Not the answer you're looking for? Browse other questions tagged arduino c instrumentation-amplifier load-cell or ask your own question.