Why is the power consumption of electrical lamps specified in kWh/1000h?

This is the box of a LED spot I just bought. I'm wondering why the power consumption is measured in kWh/1000h and not simply in Watts. 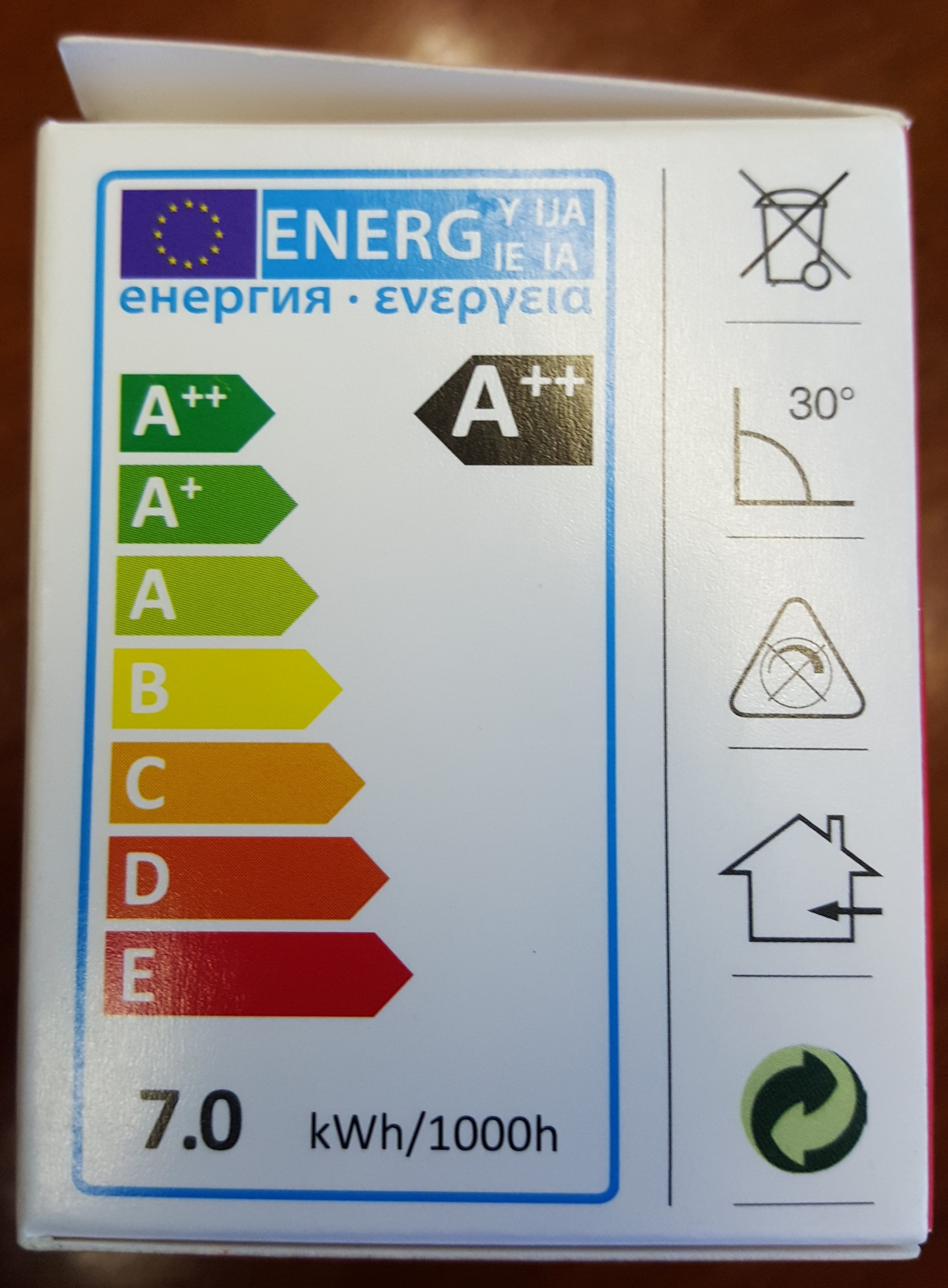 The labeling standard can be found here. (Guide for the application of the commision regulation (EU) No. 874/2012 with regard to energy labelling of electrical lamps and luminaries).

Anyone who has a clue about how physical units works will of course realize that kWh/1000h means "1000 watt-hours per 1000 hours" which can be shortened to just W.

But when it comes to lamps, the unit "W" is already used for the light output. Light bulbs which use more energy-efficient technologies than the classical incandescent light bulb often state their light output in equivalency to an incandescent bulb with a specific power consumption. Until 2010 you could often find LED light bulbs stating to be "equivalent to a 40W bulb". So the consumer knows that if they want to replace an old 40W incandescent bulb with an equally bright LED bulb, they need to look for a 40W LED bulb. A consumer buying an LED lamp with an input power of 40W might be surprised by how bright it is.

Using different units for each - even if both of them are misleading from a physicist's point of view - is what's the least misleading way to communicate it to the end-user.

In the case of a fridge the instantaneous current could be zero or full on depending on the thermostat. It makes more sense to put the fridge into a 20°C room, power it up and read the kWh used in, say, 24 h and scale it up. This gives a better idea of the average power consumed by the device.

I agree that this could be quoted as X watts average. On the other hand if I know I pay €0.15 / kWh for electrical energy it is a very simple calculation for a non-technical user to figure out the cost of running the appliance.

It allows you to do an easy comparison between different light bulbs, because it is a standardised way of presenting the power consumption of the item.

Not the answer you're looking for? Browse other questions tagged power watts lightning or ask your own question.