Primary battery dies after 5 months instead of 25

We have designed a PCB with ultra low power Bluetooth module with the objective to run it on batteries for about 2 years. We have measured the power consumption, it is 400uA on average with 20ms peaks at 3mA every 500ms.

We choose to put 3 C alkaline batteries rated for 7'200mAh in series. Our working voltage range is between 5V to 2V. Therefore we are expecting 18'000 hours of autonomy, i.e 25 months.

The problem: after 5 months being powered on, the system stopped to work. We found out that one out of the three batteries is completely dead while the other two still have some power (1.3V for alive ones and -0.6V for the dead one). We measured the impedances between batteries connectors, nothing below MOhm.

The question is: why are these batteries dying after only 5 months? Are we just unlucky with these batteries? not very probable because it happens on about 5 devices. It doesn't look like there is any unwanted power consumption, we measured it either with an amp-meter in series with an external power-supply, and also by adding a 330 Ohm resistor in series of the actual batteries to be able to see the peaks using an oscilloscope, results were consistent. What are we missing? 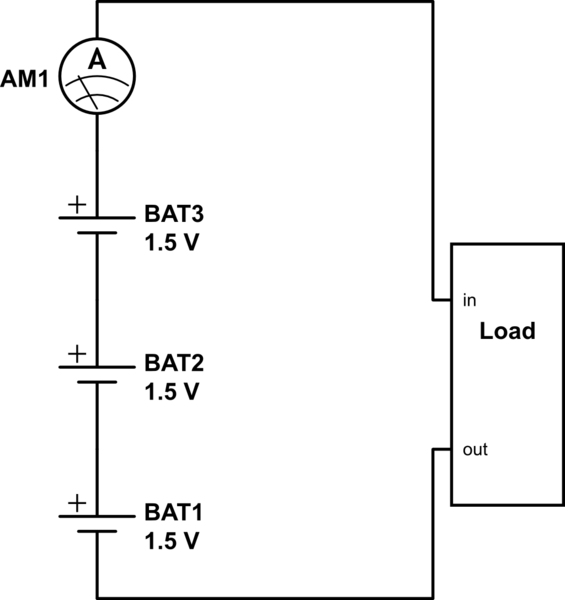 A first measure has been done replacing the 3 cells with a power supply and an amp-meter in series. with this, we were able to easily change the supply voltage to see how the current was changing. It was as expected i.e. about 400uA with 4.5V and about 600uA with 3.3V which should represent most of the time with actual cells.

A second measure has been done by adding a 330 Ohm resistor in series of the cells and we observed the voltage on the resistor using an oscilloscope. We did the measurement either with actual cells and a power supply. Same averages were found than with previous method. and we were able to see the 3mA peaks. We observed the signal for about 15 minutes without any irregularities. See oscilloscope screenshot below for details. 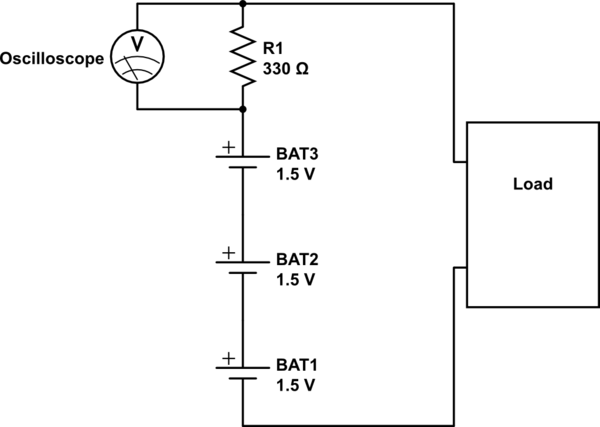 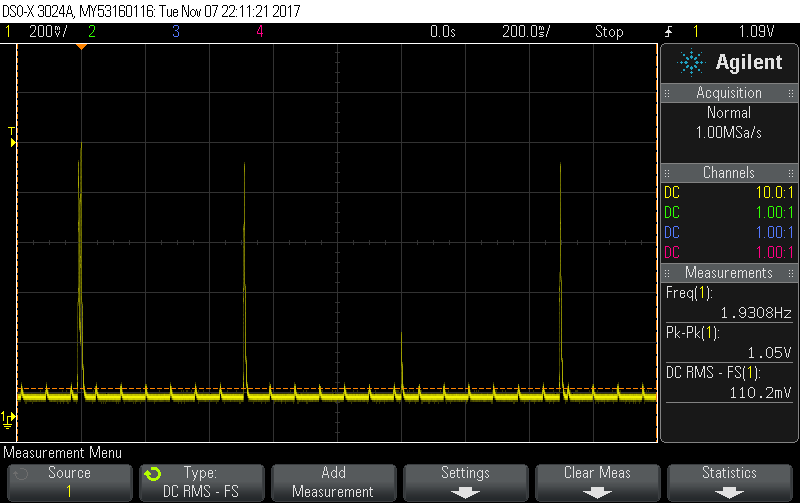 The device is running in the exact same state and environment during these measurement than actual usage in which we discovered the short battery life.

A couple of observations:

Not the answer you're looking for? Browse other questions tagged batteries low-power bluetooth-low-energy or ask your own question.

11
Charging lead acid batteries in series
10
How does a smart phone measure the battery power?
4
Battery power supply for Intel Compute Stick
2
Very low voltage on 18650s
1
Single AA cell depletion on series battery
0
How can I power a 3.3v circuit with a 9V power supply and two AA batteries?