I found a 2U server UPS by APC, that uses 4 sealed Pb batteries (12V 9Ah, 2 in series, 2 times in paraler, so the pack is 24V). The batteries are totaly dead (after 8 hours of charging, they roughly give 3V and 2 of them have more rounded shape than a rectangular one. 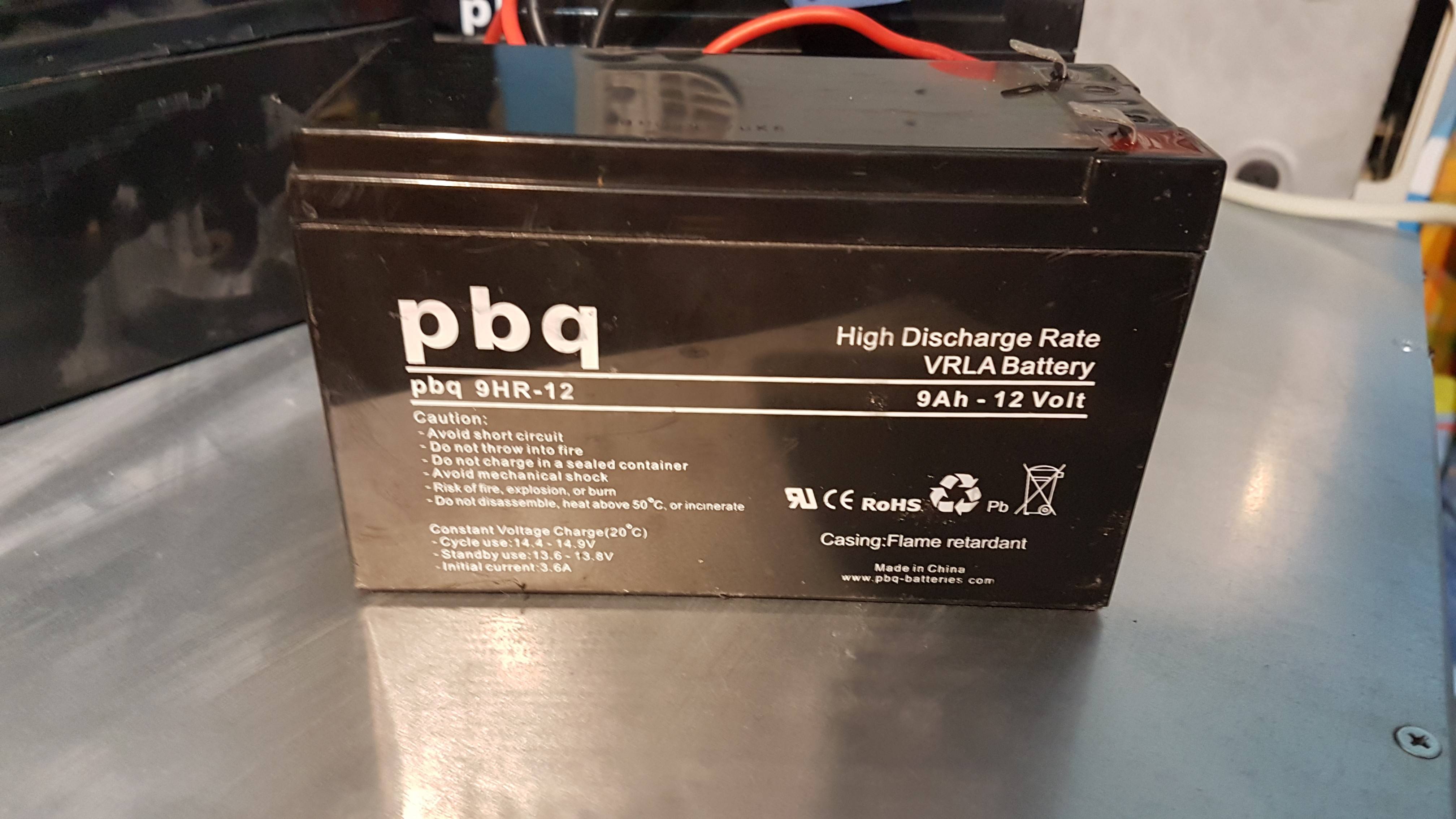 I would like to use that UPS to power some of my devices, but buying new batteries from APC isn't cheap. However, It's almost quarter a price to buy 2 new car batteries. When connected in series, they also have 24V, but more Ah and propably could provide more amps than the sealed ones, so powering the UPS is no problem and they even should last longer. I tried the UPS on set of old ones and it works fine.

But I'm worried about charging them. If the power goes out, the UPS will run for some time and drain them. BUT will the UPS be able to charge them again (I expect it would take much longer if so), and if it will, is there any chance that the UPS will damage them during charging? If so, is there any way to prevent it?

I'm on a low budget and I would like the build to be as cheap as possible. I got the UPS from electronics dumpster (the sealed batteries inflated so much they couldn't be removed from the UPS without using very hard force, that's propably why some throwed away fully-working (but about 5 y.o.) 1300$ UPS), and pack of these 4 sealed batteries is 370$ in my country, while 12V 45Ah car battery is like 50$ each.

After combining them 2p2s, you have a 24V, 18Ah battery pack. Your best bet is to replace with something very similar, say 15-25Ah @ 24V. I would use AGM batteries. I don't think it matters very much if the batteries are advertised as starting batteries or deep cycle. As long as they are AGM. AGM are a lot safer than flooded lead acid for areas where people are working all the time. Flooded batteries can out-gas hydrogen, and they can break or tip and spill. In theory, the hydrogen can accumulate and eventually ignite causing a fire or explosion.

There is a very wide selection of 6 and 12V (and even 2V) AGM lead acid batteries available from a wide variety of sources. Shipping can be expensive, though.

If you use two regular car batteries, there are a few things that could go wrong or that you might want to be on the lookout for. First, maybe the charger will time out because the battery capacity is much larger than what it expects. My feeling is that this is unlikely, but possible. This is mainly a function of battery capacity. Same problem could apply to AGM batteries.

Second, as mentioned previously, there is the possibility of out-gassing, spillage, etc. AGM batteries can out-gas but it is less likely.

Third, if you use a much larger battery pack, you could run into thermal problems if you are near the high end of the load for the UPS. When designing something that is battery operated, you can run it pretty hard and let it get hot because you know that the heavy load is temporary, and that the battery will die. But if the heavy load continues for longer than the original designer anticipated, the electronics could overheat to point of failure (or thermal shutdown, if there is one).

Hopefully this will help you make a good decision about how to replace your UPS batteries. I am not trying to discourage you. I am just trying to share the things I would be watching out for.

Depending on the duration of power interruption in your area, car batteries may fit the requirement but cell quality , cell balance and risk of sulphation must be addressed.

Most likely these SLA batteries failed due to lack of balanced charge voltage.