I got some buttons and switches that are for automotive usage, so the LEDs inside are for 12V supply.

Is there a safe and efficient way to power these from an USB connector? I am planning to use an Arduino clone as a controller for these buttons and have the computer recognize it as an USB keyboard. Though, I would like to see the buttons LED on too, without adding an extra wire from an AC adapter just for the lights.

Would that be dangerous for the USB port on the motherboard? I do recall that the max current on USB is 500mA, although I have no info about how much power is needed to power the LED in the buttons (10 of them).

Is this possible and safe, or should I avoid to bump up the voltage of the USB port to power the LEDs?

If you power the LEDs directly from the USB power they will draw less current, since the resistor inside is designed for an higher voltage. So you don't risk overloading the USB (those LEDs won't draw nowhere near 500mA, even at 12V).

The problem you will probably face is that at 5V they could be quite dim, or could even be off. But you could try and see if they light up sufficiently for your taste.

Disclaimer: I never took one of those apart, so I assume they have a limiting resistor inside (it's probably the cheapest option), but they could also have some sort of integrated constant current regulator chip instead (unlikely but possible). In other words, the LED itself could be one of those designed to be powered directly from 12V.

Anyway the best thing to do to test them is to hook them to a bench power supply set for 5V output and measure the current they draws using a multimeter.

If you don't have a bench power supply, an easy alternative is to put 3 new alkaline AA or AAA batteries (they are very common everywhere) in series: they have a nominal voltage of 1.5V, but if they are new they could source something more like 1.6V: you will end up with 3x1.6V=4.8V with which you could test your LEDs quite safely. Note that USB standard requires that the USB power lines are 5V±0.25V, so testing at 4.8V is quite reasonable.

If you plan to increase the voltage on the power lines of the USB bus with some additional circuitry, then DON'T DO THAT. That will damage your motherboard. 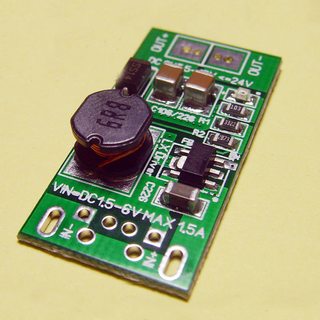 For 3, you can make it boost to 9V or 10V instead of 12V. This would bring down the current (and brightness) and lowers the power you need. An Led at 15mA is frankly just as bright as one at 20mA for most purposes.

Not the answer you're looking for? Browse other questions tagged led usb or ask your own question.

1
Drive LEDs from USB
2
connect LEDs to USB keyboard – but they turn off after a second
2
Will a USB port be able to power a series of LEDs?
2
Powering LEDs with a transistor
0
Connecting 220V mains switches (with on-indicator lights) to 12V COB LED lights in series
0
Large LED Array powered via USB