How does the range of bluetooth increases by adding an antenna?

I have seen too many tutorials on how to increase HC-06 bluetooth module range. They all involve cutting the on-board antenna and adding an external one (a piece of wire or a 2.4GHz antenna). I was wondering how this affects the bleutooth module, for example, the power consumption, the frequency. And the relation between the length of the wire and the transmission range. Can anybody help?

Looking at an HC-06 module: 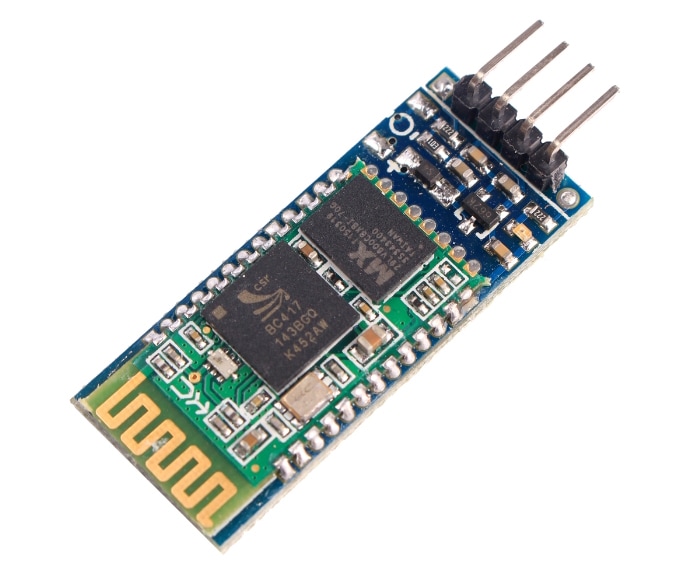 what seems "odd" to me is the shape of the antenna. For 2.5 GHz I do not expect that a meandering shape like this (the gold colored part) is any good. My guess is that it is "designed" by someone who doesn't have a clue about antennas at 2.5 GHz.

Other 2.5 GHz antennas are often F-shaped or T-shaped. I saw another meander shape: 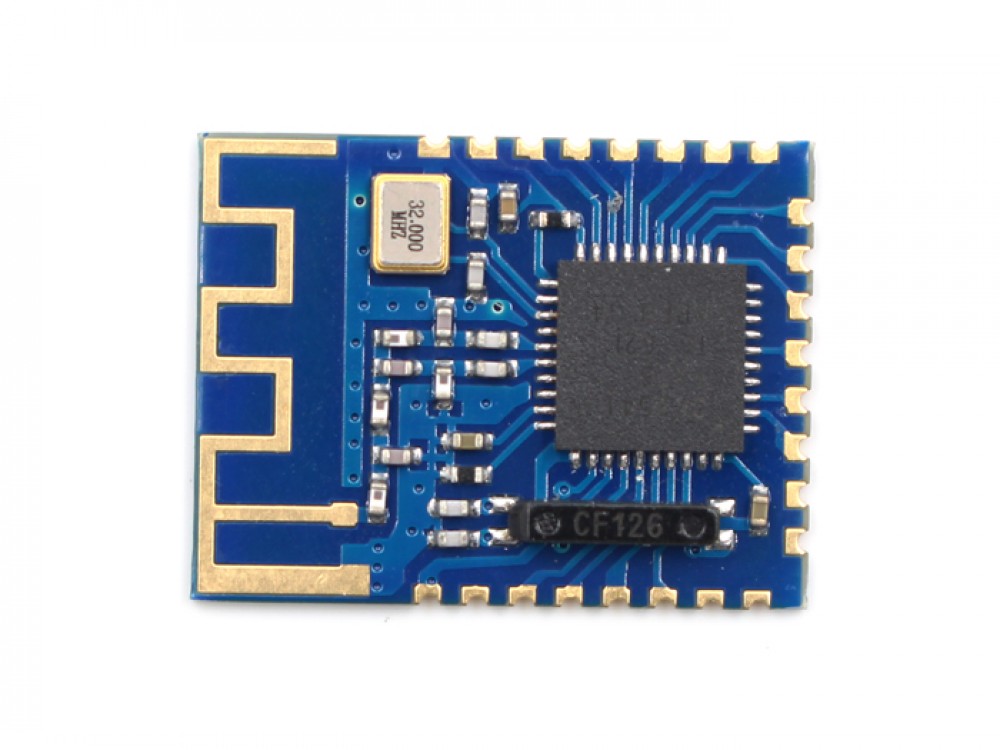 but note how is has two connection points, part of it is F-shaped.

My conclusion is that not much thought was put into the HC-06 module's antenna and that probably makes it a very poor antenna. So there's a lot of room for improvement, anything even remotely better will improve performance.

Power consumption wise you would not notice the difference. The actual RF power is quite low and insignificant compared to what the rest of the circuit (modem etc.) uses. Also with a bad antenna most of the RF power reflects back into the chip and is lost. A good antenna will radiate that RF power making things more efficient.

Generally spoken, replacing an antenna changes antenna characteristics. The efficiency of the antenna which is on board can only be improved if it is a bad design. This might be if, e.g. the antenna design was subject restrictions like space on the PCB or price of the PCB-base material inflicting a bad \$\epsilon_r\$ or somthing.

Antenna characteristics can be changed concerning directivity. This can increase range in certain directions but at the cost of range in other directions.

If the matching of the antenna is modified, power consumption can be increased as well as decreased. Normally the built in antenna should be matched quite good, so the radiated power will probably decrease, when you change it. There might be increased losses, but it's also possible that the overall power consumption decreases.

It is not easy to predict the changes in behaviour. Because changing the directional characteristics can increase EIRP and sensitivity very strongly. 12 dB or more is possible at the cost written above.

Length of wire inflicts the matching most. But there is no linear connection between length and transmission lines, because antennas only want to resonate at multiple frequencies of their base frequencies (simply spoken) which is connected to the length of the antenna.

An antenna does not directly influence power consumption. It is simply a passive resonating piece of wire that is "open-ended", hence current cannot flow through it. The power used for transmitting over an antenna therefor depends solely on the circuit trying to send, e.g. the transmit power.

In practice though, wireless circuits are trying to be smart, and they assume that if they sense a weak signal, it is weak not because the antenna is wrong or detuned, but because the wireless peer is far away or blocked. Thus senders often increase their transmit power if the signal is weak in the hope that this way they'll be able to bridge the distance (or get better throughput). So it can be said that a good antenna can reduce power consumption in comparison with a bad one, but this depends entirely on the circuit behind it.

Antenna design is complex, and in general nobody will be able to give a formula to describe signal-to-noise ratio or frequency based on antenna parameters. This is only possible in the simplest cases, and in all others, experts use simulation software to just estimate expected antenna performance. There are some very generic constraints (rule-of-thumbs) though, for example the lower the frequency gets, the larger the antenna you'll need, and other minimum lengths and gaps to be observed (for example those relating to the lambda/4 rule). But the performance of the antenna depends on many other things than just its own geometry, like for example distances to other objects in the vicinity, the materials of those, the geometric form, and even how you get the signal to the antenna (a wrongly matched impedance will loose most of your signal before it even gets to the antenna). Even how the same antenna is oriented in space makes a difference (polarization).

Not the answer you're looking for? Browse other questions tagged antenna frequency bluetooth field or ask your own question.

4
adding a yagi antenna to a bluetooth dongle
3
Updated. Extending Range of a microstrip antenna with a SMA 2.4GHz Omni Direction 20db wifi antenna
3
Does Bluetooth 4 or 802.11b/g/n penetrate through walls better?
0
FCC certification for multiple transmitters
0
How is signal strength (RSS) measurement done on Bluetooth and Zigbee ?
1
How to put an external antenna on a wireless card
1
How to fix this wifi FPV antenna