Understanding the voltage across the inductor in a boost converter

I am studying boost converters in my power electronics class. Something I cannot wrap my head around is the voltage across the inductor.

When the low side switch (the switch connected to ground, see diagram below) is closed, the circuit is just an inductor in series with a DC voltage source. According to every reference I can find on the internet and an LTspice simulation I downloaded from my professor, the voltage across the inductor is just Vi and stays at Vi for the time that the low side switch is closed. This makes sense according to KVL - the voltage around the loop has to equal 0 one way or another.

What makes the voltage across the inductor stay constant at Vi?

But that isn't how a boost circuit works. The inductor is placed in parallel with the supply and current ramps up to "several" amps. That peak current is, in effect, representing the stored energy in the inductor. Microseconds later, the inductor is disconnected from the incoming supply and, that stored energy is released into the output capacitor and load. Then the process starts again. 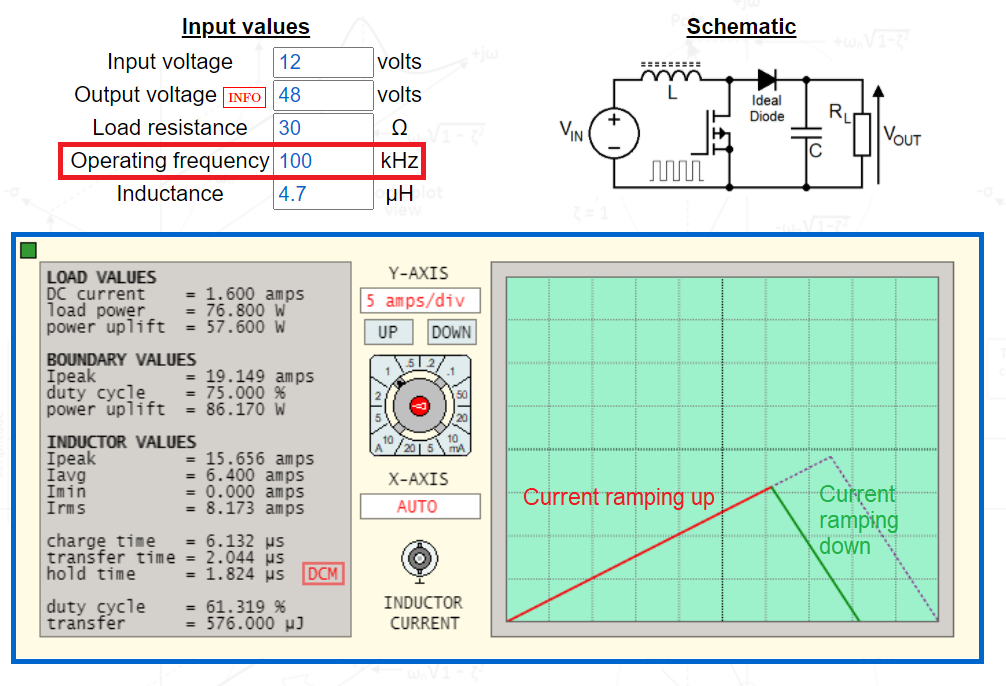 On the example above, current ramps up from 0 amps to 15.656 amps in 6.132 μs. It then transfers the energy (during which it ramps down) in 2.044 μs and, a little while later (1.824 μs), the cycle begins again. This is just one example and, we'd expect the incoming supply to be able to deliver 15.656 amps without drooping too much. This boost converter is operating in discontinuous conduction mode (\$\color{red}{\boxed{\text{DCM}}}\$) because the inductor current falls to zero before the cycle restarts. 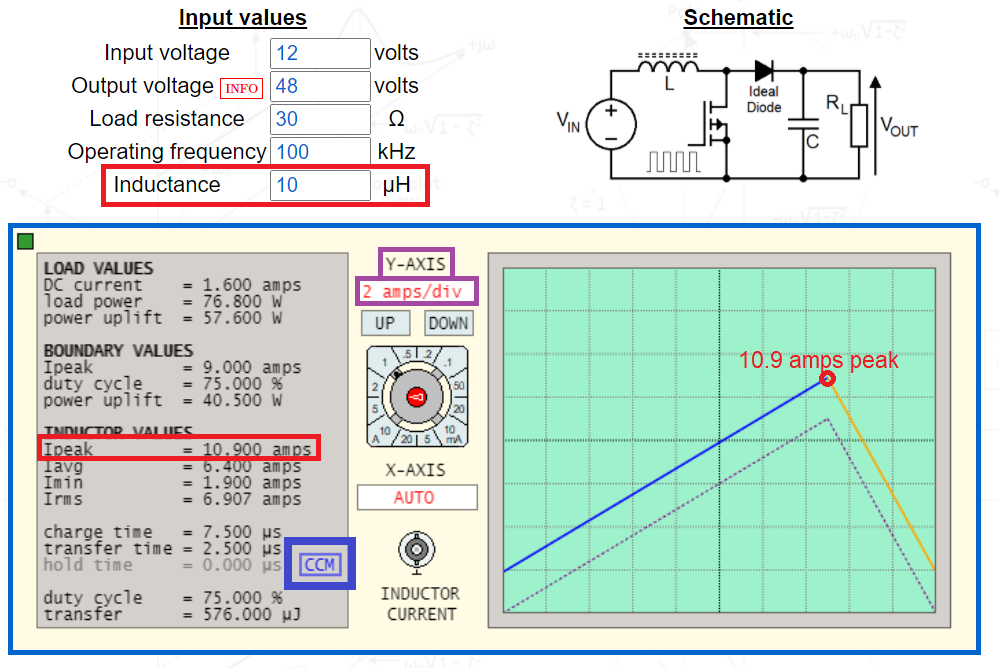 Peak current is 10.9 amps and now the switching circuit is operating in what is known as continuous conduction mode (\$\color{blue}{\boxed{\text{CCM}}}\$) where the inductor holds on to a little bit of energy as the cycle starts again

The integral of the input voltage is just a ramp signal so the current rises linearly during the on time of the switch.

As long as the inductor is not saturating, it generates a back EMF to oppose the rate of change in current according to Lenz's law. This back EMF is equal to Vin.

Not the answer you're looking for? Browse other questions tagged power-electronics inductor boost or ask your own question.