Can someone tell me how i make the MACH3 software to communicate with this board? 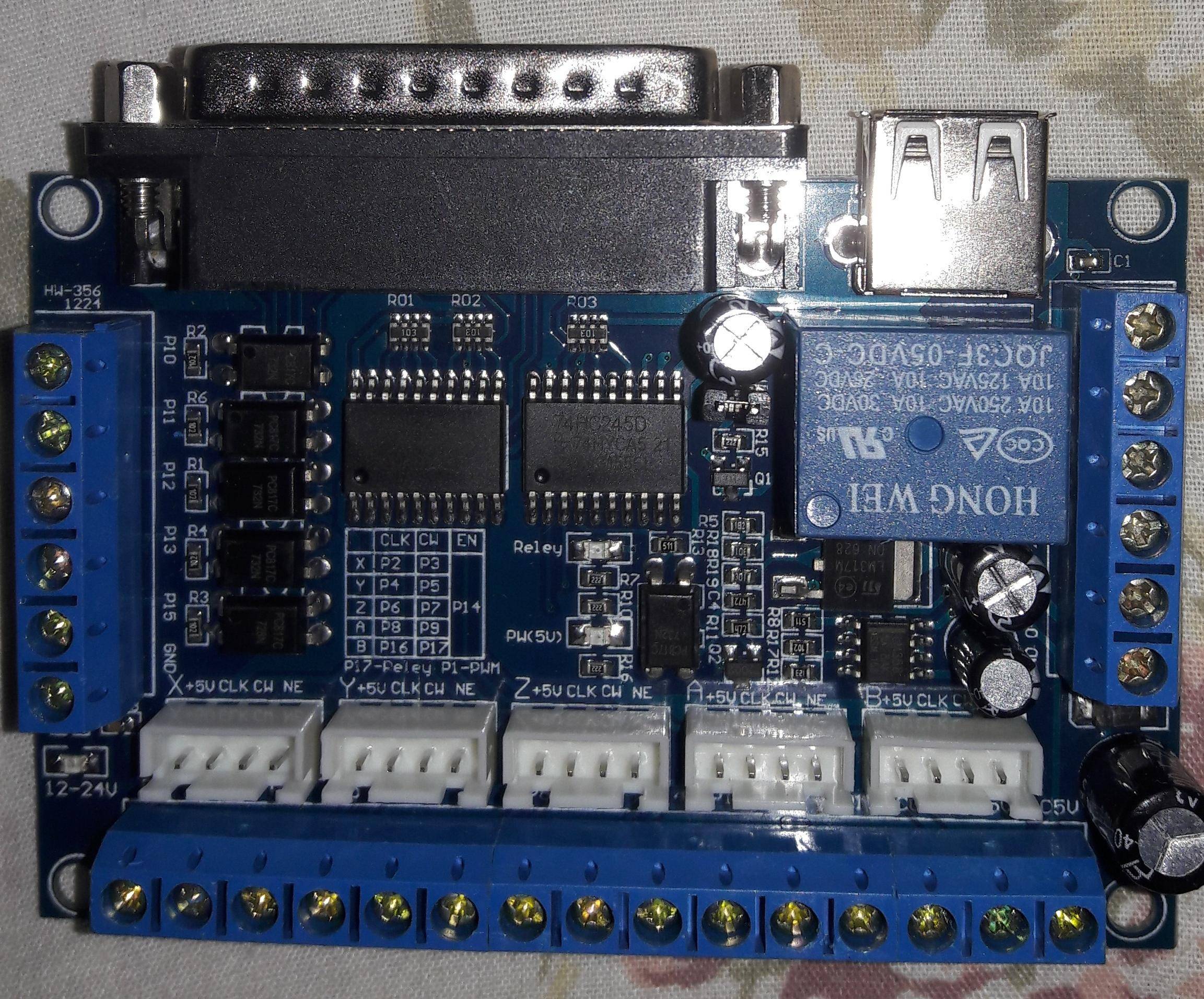 I have a project to do in which I will need to use this board to move one of the axis of a machine. But I can't find the datasheet for that board. It serial number appears to be HW-3561224.

Besides, when I connect this card to the computer via USB, it does not make a sound indicating that it has found a device. There are no new drivers found. I've tested in a notebook with Windows 10, and another with Windows 7.

Can anyone help me with any relevant information about it?

The USB port is only there to provide power for the 5V relay and buffers (maybe just the buffers, there appears to be a voltage regulator on the board as well). This is a so-called "breakout board"

The communication (such as it is) is via the large "Centronics" parallel port just to the left of it. All the board does is to buffer and opto-isolate the signals from the parallel port lines to the stepper drivers, limit switch inputs and so on.

In order to get Mach3 to work well on a PC (providing properly spaced step/dir pulses in the tens of kHz range) you generally need a "real" parallel port, rather than a USB-parallel converter, so you'll have to find a plug-in board that has that kind of an interface. Notebook computers are generally unsuitable. 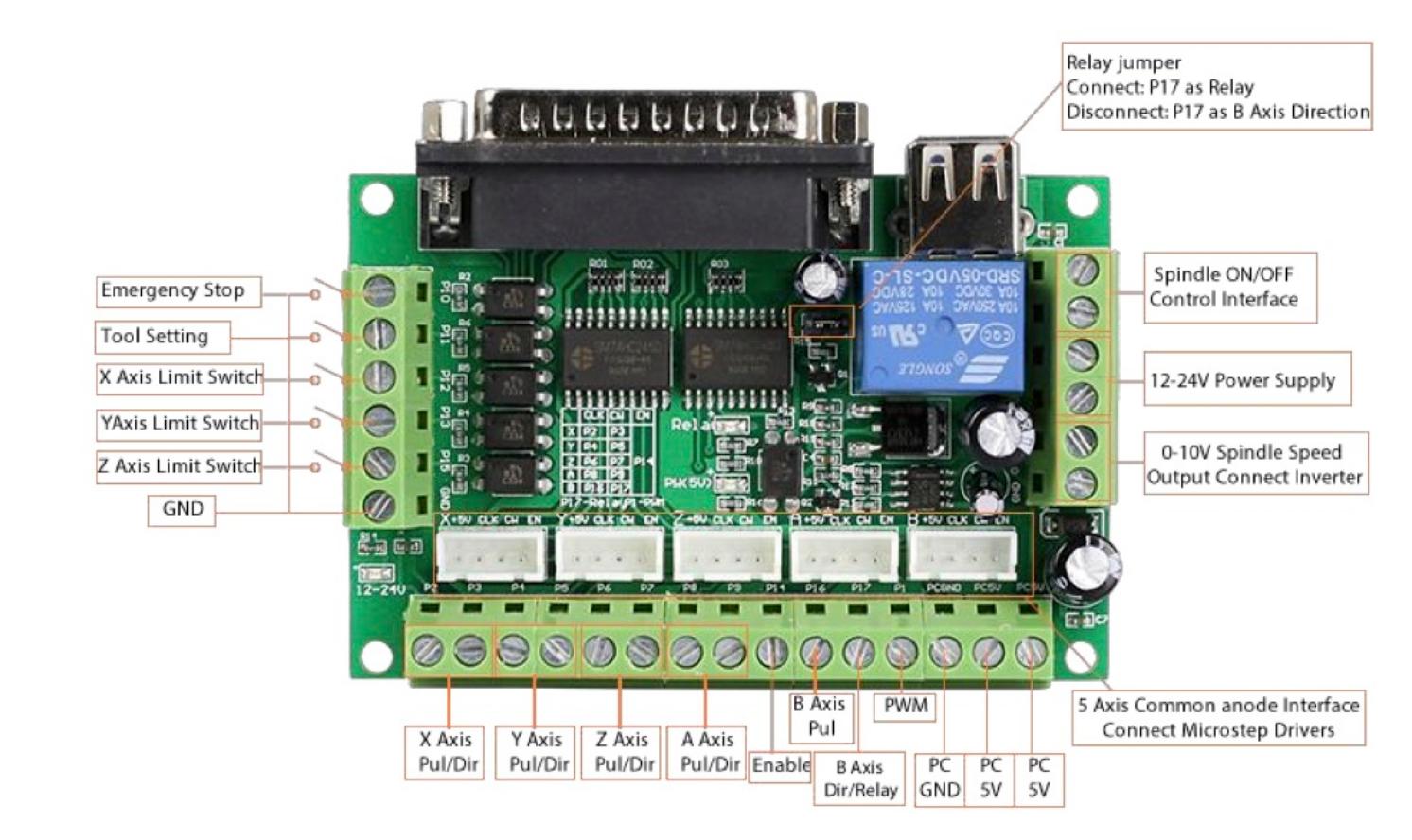 The "P" designations on the board refer to the pins on the DB-25 Centronics port. Note that some pins are logically inverted. It was originally a printer control port.

The designations can vary from that diagram, since much of it is configurable in Mach3. There's an excellent forum at the software supplier's website if you have a license.

Not the answer you're looking for? Browse other questions tagged datasheet wiring board cnc or ask your own question.

0
Arduino to read file data from SD storage board, and PC user to update same file via usb cable as needed
15
Why an electrician wiring error could make a PC's USB shield be at 120V when it should be grounded
0
Can someone tell me how to wire the MX mechanical keys to an Arduino?
1
Pc lpt (parallel) port input pin, how much current does it draw
2
Can anyone tell me if there are any logic gates built into this circuit board?
1
Can someone confirm how to wire this air pump?
0
Can someone provide me the function table for \$ 74xx184 \$?
0
Can you help me identify this board?
0
Stepper motor skipping steps until I lower voltage
1
What parameter dictates the analog output speed for this board?