I lost the remote of an RC helicopter. I want to make a remote and know about the circuit. I am searching for this component which has three legs beside the LED in the pic. Would someone help me determine what it is? 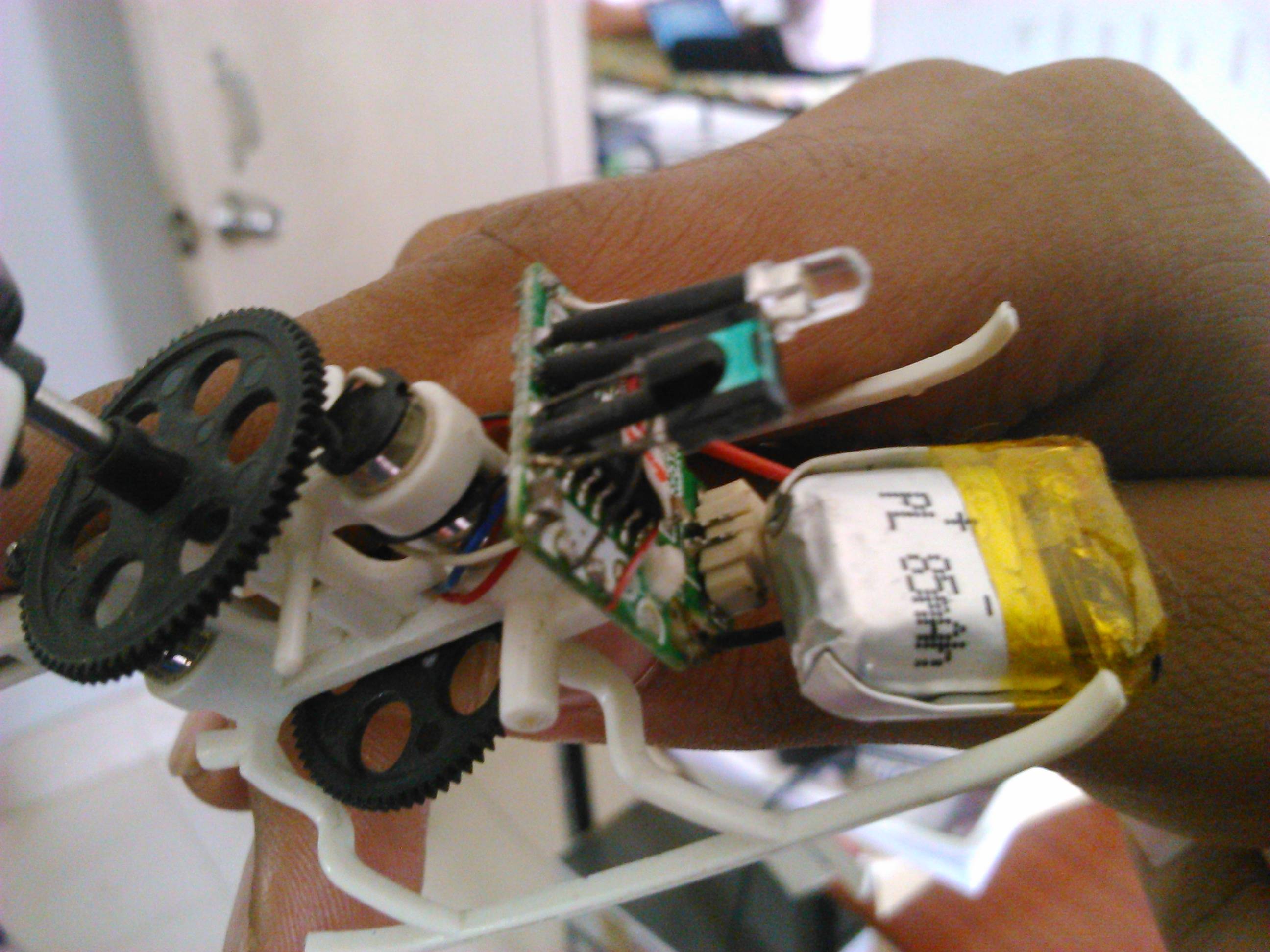 remote-control transmitter
Share
Improve this question
edited May 2 '14 at 15:37

The picture is not very good, but according to my previous knowledge about low cost helicopters, they are not using RF but infrared light (like a TV remote). I don't know why fore sure, but it might be driven by cost, of by the ease to pass the regulations. (a RF emitting device has to comply with stringent FCC or equivalent rules, not infrared)

And this 3 legs component might be the IR receiver. (But to be honest I don't know for sure which component you are talking about on this picture.)

The transmitter might just be a microcontroller that modulates the light emitted by a powerful IR diode. AFAIK there is no standard protocol widely adopted for theses kind of low cost RC devices. Maybe they are recycling a TV remote protocols such as RC5? The only way to know would be to probe the signal at the output of the remote controller and reverse engineer the protocol.

But you will need a working transmitter to do this...

Vishay (nee Sharp) IR receivers perform with excellent range outdoors (30m). Check the frequency of the emitter before ordering a receiver. Popular choices are 36, 38kHz, 40,... These are stock at Digikey for <<2$ in the same case.

one with a 45m range is this one for same price.

That's a stock infra-red receiver, even with some background on how they work you'll need to know the specifics of the protocol used by the specific model plane you are using. I've seen this documented somewhere for certain models and it might be the same. Hope these links help:

Not the answer you're looking for? Browse other questions tagged remote-control transmitter or ask your own question.