Toolchains for STM32CubeMX IDE: what to choose from?

I just installed the STM32CubeMX (original ST Microelectronics's ARM IDE if I understand right). Once installed I tried to open a new project for a DISCOVERY kit I have (STM32F0DISCOVERY). 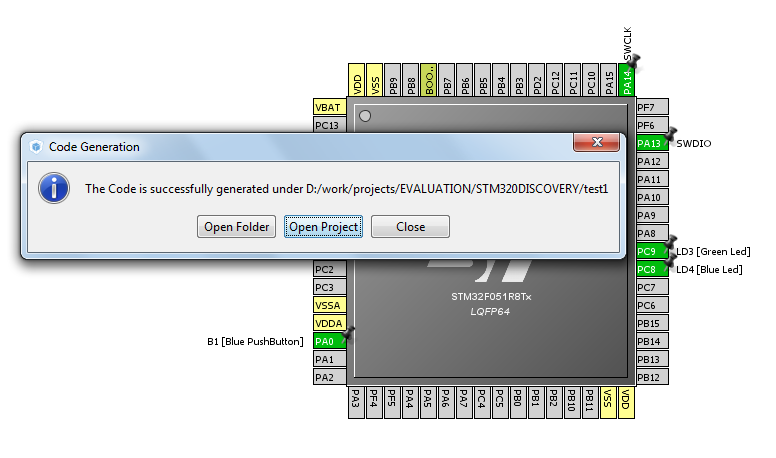 Howether after I proceed to Open project I faced with a demand to install a toolchain: 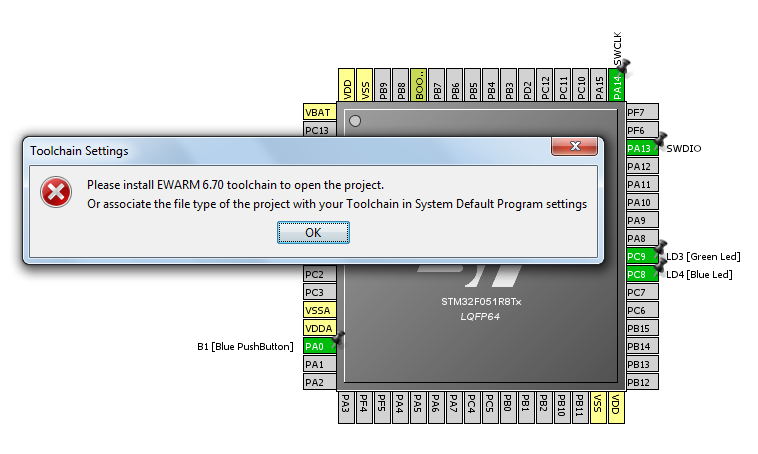 As I revealed EWARM is a full functional IDE by IAR so I was surprised that STM's IDE requires IAR's IDE for its work (besides IAR's EWARM isn't a freeware - it is a very expensive software as I know).

In the project settings window are three choices: 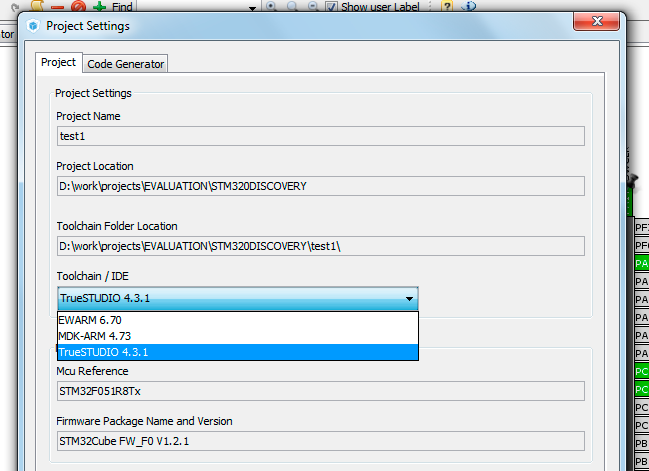 All are very pricey :(

So the questions are:

For an IDE which offers some features like the Cube, I can suggest Coocox maybe worth a try. It's free, based on Eclipse and supports some of the STM boards out of the box.

From my understanding the CubeMX is just a code generator which will write you code (inside that folder you give it) where all the peripheral initialization is taking place. All other development has to take place in a normal IDE.

It was recently announced that Atollic Truestudio is now offered for free for STM32 users.

I guess that will give access to a higher end IDE and toolchain to a broader audience. I haven't used it, so I can't comment on it's features but built in hard fault analysis in the debugger could come in handy for example.

Don't confuse toolchain with IDE. You might consider the IDE to be the last link in the toolchain, but a toolchain does not necessarily imply an IDE. Eclipse is an IDE that connects to many different toolchains. In my case (ARM gcc build [linker, compiler, assembler, etc] + automake) is my toolchain.

I don't use an IDE. I take the generated source code from CubeMX and write makefiles to compile it in the manner I choose. The toolchain option in my CubeMX options is TrueStudio because that option generates a nice linker script that I can easily change. This, despite the fact that I don't use (nor intend on using) TrueStudio.

If you want to use gcc, great. But IDE selection is largely an independent choice, unless the IDE you've chosen foists some other compiler on you. If you really want an IDE (IMO, they get in the way more than help), you might have to choose one that mates up with automake (Makefiles) or gcc directly. Eclipse is the only one I know of.

I would try the toolchain from Leaflabs that they use for their Maple hardware. The Maple is an Arduino style board running an STM32 Cortex M3 processor. They give the toolchain away with the IDE and the IDE runs windows, so the toolchain may work for your situation. No guarantees of course.

All tools have a restricted, but free version....

Despite I am in the same shoe like you, I use GUN/Linux, unfortunately all of the tools above run under WinOS.

After some search I found a solution. I will test soon carefully, but before I share the solution: Read the blog post of Baoshi. He has a description and a Makefile file generator.

Some addition: With the newest Cube I need hack because Cube do not generate right *.ld file for F0, so I copied from an another tools *.ld for the same target. Maybe it is a Linux related question.

6
ARM Cortex (M3-M4): manufacturer and development IDE
5
If YOU were starting out now, what PIC16F-compatible IDE and compiler would you choose, and why?
0
TI RF solution - MSP43x+CC1100 vs. CC1110, toolchain
10
How to start with STM32F103C8T6 board?
0
Does STM32CubeMX assist in creating STM32L0 firmware for communication with smartcards?
1
Atollic STM32H7 + ST-LINK Error writing data to flash with math library