I want to measure the current of a +15/-15 digital signal, non-sine wave

I do not want to use a hall effect coil as that uses expensive real estate on the PCB and tends to be bulky and requires the user to wire it into the circuit during construction vs adding it in at a later date. Also, if a device fails, being hardwired into a circuit would require more work than a device cut into the circuit being monitored.

I have attempted to use the ASC712 (hall effect IC), but get a very large swing in output voltage along with "noise" being present even though there is no current flowing. Also, the output voltage is centered around 2.5v, which limits the sensitivity of the output to the ADC to 511 steps. The voltage swings may be cured using RC to smooth out the output?

I have also tested using the ZXCT1021 device from Zetex, with unsatisfactory results. I have attempted to place 1N914 diodes between the sense resistor and the sense inputs so I only measure the +15 volt side. This does not work. The output is very noisy and read fluctuations even though there is no current draw being applied.

I have been looking at the LTC1601 in a dual direction configuration using the same sense resistor. This give me two outputs, one for each direction. Maybe the outputs tied together as shown in the design. Should I have diodes in line and maybe RC for smoothing? 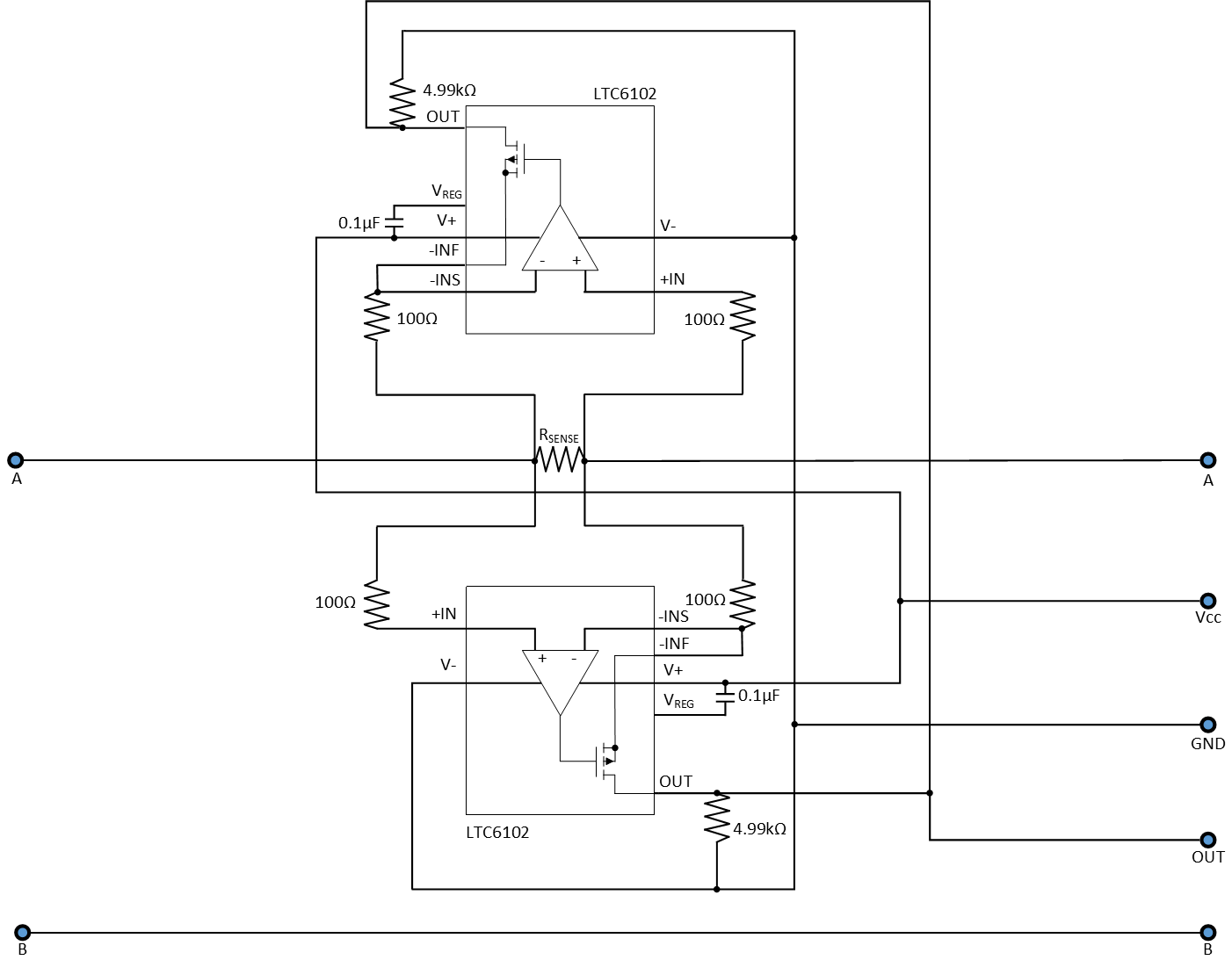 Anyone have experience in measuring the current flow this type of signal?

Here is an example of the 3 different wave forms. The first is easy to measure as it is DC. The second is AC and measuring it is also well documented. The last waveform is what I am working with. It is more of a pulsed form.

I can recommend the Sensitec CMS3005 for your requirements. It has good signal to noise ratio, no digital parts (no spurs) and wide bandwidth (2MHz) with reasonable linearity (<0.2%). It's galvanically insulated and works similar to hall-effect ICs but has a more sensitive AMR magnetic field sensor.

I have used the CMS3025 in a very demanding application and have been very satisfied with the results.

The downsides are the dual +-12V supply as well as the higher price compared to hall effect ICs. It also has a quite large package.

Sensitec has also current measurement ICs for single supply applications, as well as more compact chips (e.g. the CFS1000), but I have no personal experience with them.