Why is this power adapter transformerless?

I saw a battery charger that converts 220V AC to 6V DC without a transformer.

Now I am wondering why many (if not all) power adapters are using a transformer, is it about efficiency or about drifting over time?

Update: This circuit is inside of this torch 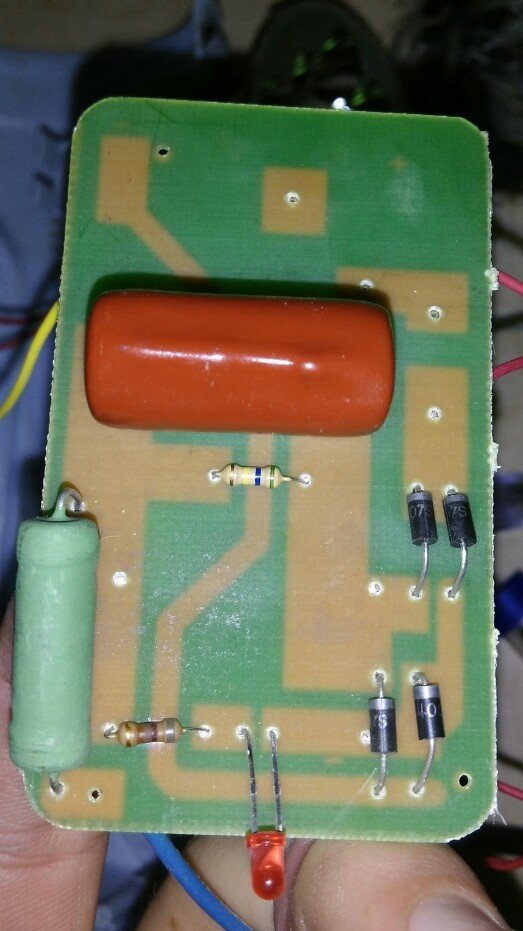 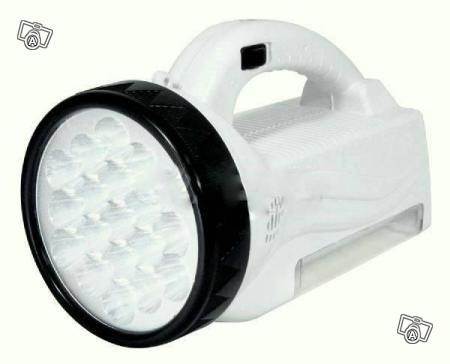 The power supply you've found in this device is of a type known as a capacitive dropper. (More information in the Wikipedia article "Capacitive power supply".)

The primary reason why you don't see this type of power supply often is simple: it is unsafe. This is because one leg of the AC power supply must, by necessity, be connected directly to the circuit. Ideally this should be the neutral leg, but it is difficult to guarantee this -- badly wired outlets, or non-polarized plugs, may result in part of the circuit being energized by the hot leg of the AC supply.

That is a capacitive dropper supply as others have said, but I am going to take a slightly different view of the things safety.....

Iff it is built right into the torch such that no part of the torch or charging circuit is accessible without the use of a tool (So, Battery, LEDS, switch, whatever else) is all sealed inside a plastic box with a suitable mains inlet for charging then it is just fine and perfectly safe. The problem only comes when you try to provide a means to connect such a thing to the outside world, for providing say 10mA or so to trickle charge a battery in an emergency torch this sort of thing is very, very standard.

The green thing is a resistor, mostly there to limit the current drawn of fast spikes when the cap does not a lot of good, most of the voltage is dripped across the capacitor, so little power is dissipated, but the power factor is awful.

There are a couple of places where the creapage distance looks a bit suspect, but apart from that, I have seen much worse.

Most countries require that devices not conduct any significant amount of current between either of the mains supply leads and any exposed metal surface, even when a significant potential difference (e.g. 1000 volts) is applied between the supply leads and that surface.

There are three ways devices can meet this requirement:

Approach #1 is the cheapest when it is practical. Approach #2 is very seldom practical. Many devices can't use #1 or #2, and thus implement #3. Transformers aren't the only way to accomplish #3, but they're often cheaper and more practical than any alternative.

It's about efficiency and cost. The trend in the electronics industry for power management devices is to do away with transformers as much as possible (and with it, copper and it's weight). The way they do it legitimately is with a class of circuits generally called switch-mode power supplies (SMPS) and converters.

In switch-mode circuits, an oscillator (usually square-wave, with frequencies ranging from ?20kHz up to the low MHZ in some cases) controls a switch, usually a MOSFET, on/off, which controls an energy storage element, i.e. an inductor or a capacitor, depending on the circuit topology, and there are a few, as you will learn in your ECE course if and when you do an intro power electronics subject.

The battery charger you saw is most probably an example of an ACDC buck converter, I hope. (If it isn't, deep six it.) There are also ACAC and DCDC converters. If they step up the primary voltage, they are boost converters. If they step down the primary, they are buck converters. Not to be outdone, there are also buck-boost converters, which, for example, are used to extend the life of batteries in battery-powered circuits, for when the battery voltage reaches below the required supply voltage. (I haven't heard much about boost-buck converters, but I wouldn't be surprised if they have some applications).

One other aspect is the weight saving, and with it the cost of copper. If I can reduce the weight of my device, I can ship more of them at lower cost and higher margins, or add some extra features. As you may know, as signal frequency increases in an inductor, the inductance increases. Hence a trend for some designers to use high oscillation frequencies to reduce the inductor size - compare aerospace power electronics operating at 415 Hz vs the general power grid at 50/60 Hz. However, with increased frequencies come increased losses ("parasitics"), both ohmic and in the \$R_{ds(ON)}\$ parameter in your MOSFET switches, and others. So in power electronics, there are tradeoffs, and lots of them, as you will learn.

Because there is a lot of energy present in switch mode power circuits, and as they are operating at close to the limits of the components' tolerances, they do tend to drift with time (for the chips, look up electromigration, and "physics of failure"). The high energy is what makes these circuits dangerous to work with. Designers use power class components because of these requirements, and they are more expensive, but sturdier, than your run-of-the-mill passive component.

Quite a few semiconductor manufacturers make power and battery management chips, and now energy-harvesting chips, and usually have very good technical literature on the subject, so start exploring.

Welcome to the world of power electronics.

The circuit board you've shown is the way not to do it. If I've read the board correctly, the big green component is most probably a high power, high value wire-wound resistor, which drops the voltage and restricts the current from the mains voltage, then rectifies this still AC voltage and smooths it out with a whopping big capacitor (orange-red component). It will work till the resistor fails. If it fails as an open-circuit, the charger won't work, but if it fails as a short-circuit, it will blow the rectifier diodes and the capacitor. This is not a safe circuit. Take it back and get a refund if you can, or throw it away before someone gets hurt. (Or use it for parts in non-critical projects :-) - the components are likely to be cheap and low quality.)

Both for safety and because it's more practical to get (say) 5V @2.1A with small flyback supply. A capacitive dropper supply would have to draw huge VA to get a relatively small amount of power out.

A low current battery charger can be made to have the battery connections insulated from the user, whereas a power adapter will have a cord and the device may have exposed metal, ports etc. If the user is exposed to direct connection to the mains, they could be electrocuted.

These capacitive droppers are often shown on Big Clive's YouTube channel, where he discusses how they work and the problems with them. As duskwuff says, there is a direct mains connection. Some circuits get even more exciting by putting a single pole switch on the input and using a non-polarised mains connection, so you have a 50/50 chance of having live switched or neutral switched, making the appliance at mains potential whilst turned off!

https://www.youtube.com/watch?v=QwqFkelUs_g shows a torch with capacitive dropper and a USB port at mains potential. Very exciting!

This PSU is transformerless because the manufacturer tries to squeeze every penny from the product by keeping the costs down. Such kind of power supplies has been discussed before, with the user reporting getting electric shocks from the device. Now, your device seems to be better insulated, with only the small red LED and the switch being at mains potential while sticking out of the case.

I wouldn't be too worried, but would keep my hands as far as possible from the LED and the switch while the torch is charging.

Not the answer you're looking for? Browse other questions tagged power-supply ac-dc or ask your own question.

0
How does this circuit, from an LED night light, work?
8
Is it possible to step down 240 AC to 5 DC without transformer?
8
What is the name and purpose of the following component?
6
Add ground earth to a Chinese music player

3
how do they make travel adapters so small?
2
What is used to reduce to 220v AC voltage to lower voltage for DC conversion
1
Very small 12V DC power supply
0
2 AC to DC converters in series problem
0
Why transformerless power supply need a capacitor to decrease the current?
1
capacitor power supply for 1 Amp output current