Noise sensing microphone in the ANC circuit has three terminals

I am trying to understand ANC practical implementation from a headset in which ANC has been implemented. The microphone which senses the noise has three terminal. I have only seen microphone which has two terminal (one for power and signal other one for ground). The image attached below is a microphone marked as A. I am unable to understand, what is B. What is the use of B in picking up the noise. 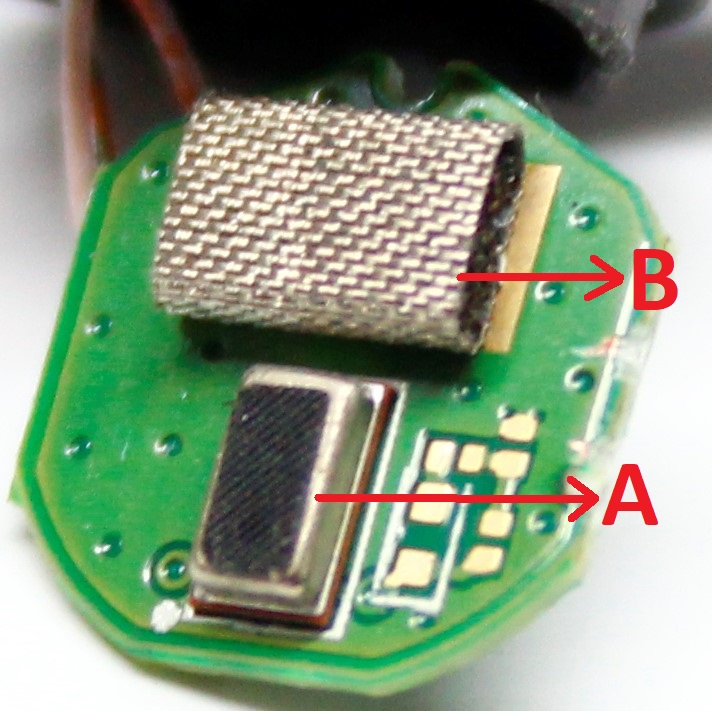 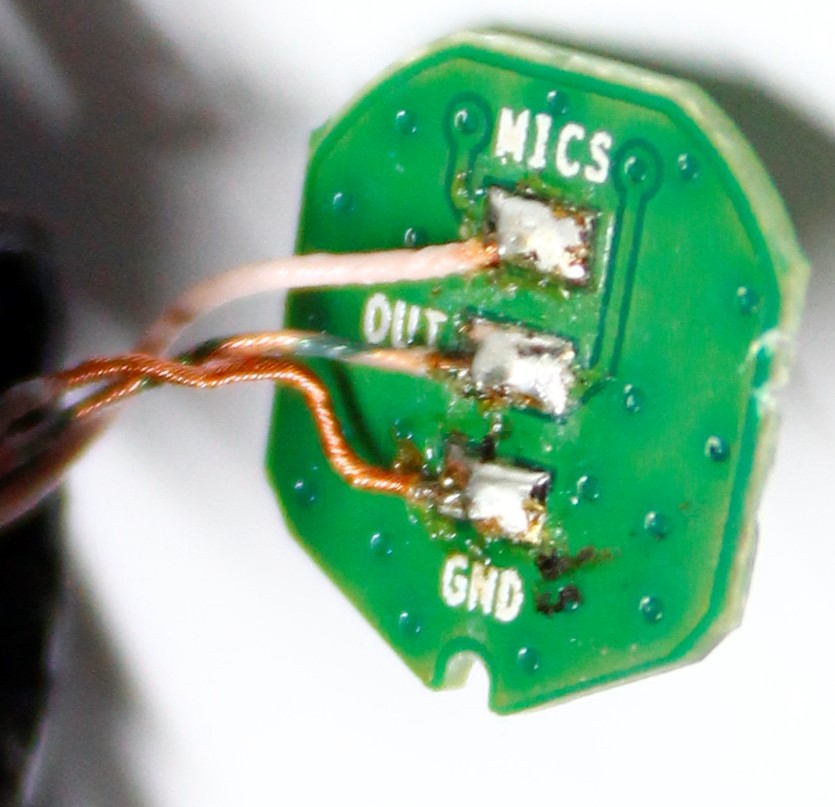 The thing you have marked A could indeed be a three terminal electret microphone. One lead supplies power, one is ground, and the other is the signal.

Three terminal mono electret microphones are not uncommon.. That link goes to an example (picked at random) Knowles microphone on Digikey.

Given the form of the microphone, it might also be a MEMs microphone. MEMs microphones are often SMD parts. They also come in versions that have a digital ouput (they digitize the audio with a built in ADC.) Whether digital or analog, MEMs microphones usually have the output separate from the power.

I don't think you will learn much of direct use by looking at the hardware. The magic bit that makes it work is either electronic (very simple cancellation) or in software (more advanced and effective types of cancellation.)

You would probably learn more by reading papers on noise cancellation techniques and alogorithms.

The silvery thing (marked B) is probably for connecting the circuit ground to a metal (or at least conductive) part of the housing. This is to minimize the electrical noise (like radio and cellphone or from other electronic devices) that the wiring for the microphone picks up.

It is in the form of a soft pad rather than something harder so that it doesn't mechanically transfer vibrations on the housing to the PCB with the microphone.

1
Broken headset, repaired, but microphone doesn't work on computer, does work on phone
13
Electronic aspects of iPhone 3.5mm audio output
3
Join the microphone and audio lines from a headset for recording
1
Impedance matching headphones and carbon microphone adapter
8
Why does my electret microphone amplifying and filtering circuit output so much noise?
0
Wiring an electret condenser microphone?
1
Headset microphone is noisy, but touching speaker wires removes the noise
2
How to build a low noise MIC preamp