I'm trying to make a high power UPS, I have a 13.6V PSU and an Inverter and a Lead acid battery.

Everything would be connected this way: 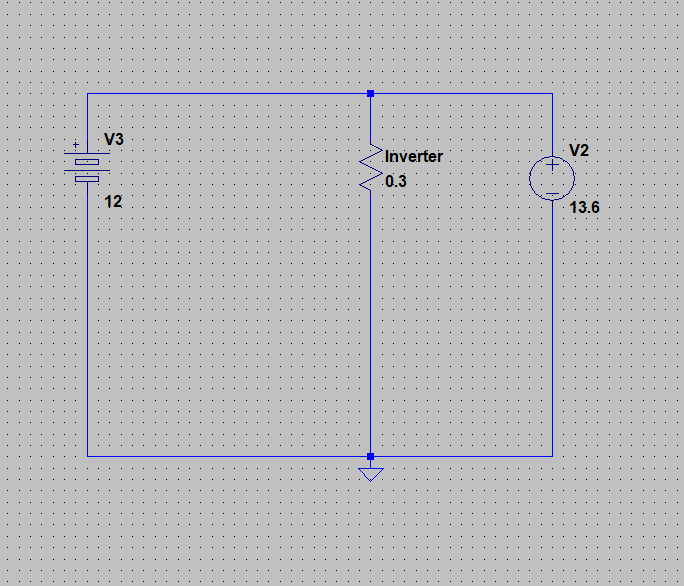 There's a problem with that circuit, if the battery is too discharged the initial charge current will be too high for it, so I need to limit the current while charging and not while discharging.

The simplest solution would be this: 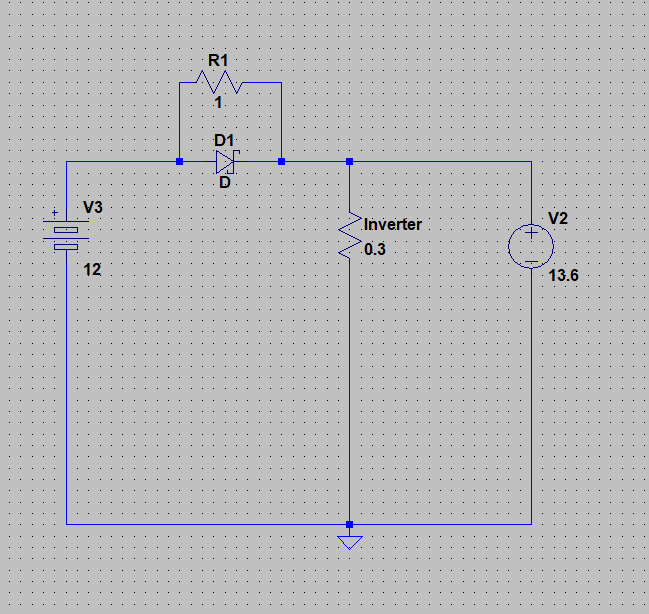 But that solution isn't very efficient. So now the next thing that comes to my mind is using a mosfet as diode, like the reverse polarity protection circuits. I only have N channel fets, so the end result should be this: 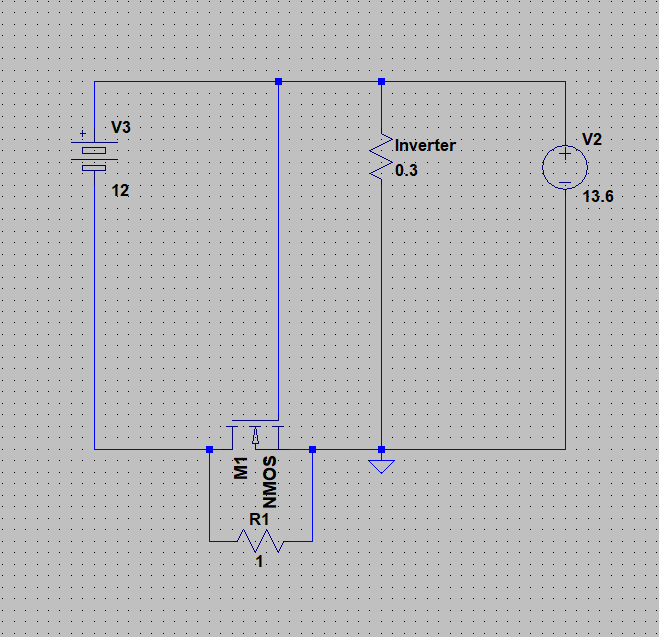 However according to LTspice that circuit doesn't work. As long as it is the default Nmos it does work, but if I try to replace it with with any Nmos in ltspice's catalog (Mosfets with a VGS above 20V), the MOSFET still conducts when it shouldn't. Why?

The reverse polarity circuit you're basing it on will protect against reverse voltage. It doesn't care which way the current is flowing.

Your FET is always on because the gate is always positive with respect to the source. You need to sense current separately and switch the FET depending on the direction of the current.

Not the answer you're looking for? Browse other questions tagged batteries mosfet diodes charging current-limiting or ask your own question.

19
Do MOSFETs have a diode built into them?

5
MOSFET controlled by optocoupler using Arduino
8
How to safely discharge a lead-acid battery?
1
Choose Vcc for MOSFET driving a 48v Motor
2
Why am I getting negative voltage on MOSFET gate?
5
MOSFET like relay for short-circuit
0
Does this high side n-ch mosfet bootstrap circuit work?
0
Using MOSFET to turn on/off auxillary electronic circuit