How long would the capacitors in an iPhone power adaptor hold potential energy?

I was curious as to whether one could potentially get a shock after touching, with sweaty hands, the prongs of an IPhone power adapter upon unplugging it. If possible, how long would this charge take to dissipate on it’s own? Do these small capacitors actually hold energy for longer than a few seconds?

If an AC-DC adapter has its load disconnected (at Vout), the internal power capacitor can hold its voltage for several seconds before bleeding out, as frequently can bee seen on output LED indicator, it can glow for a while. The internal cap bleeds out by attached switcher, via parasitic losses.

However, the AC input prongs are connected to the power capacitor via a diode bridge, similar to shown in this picture: 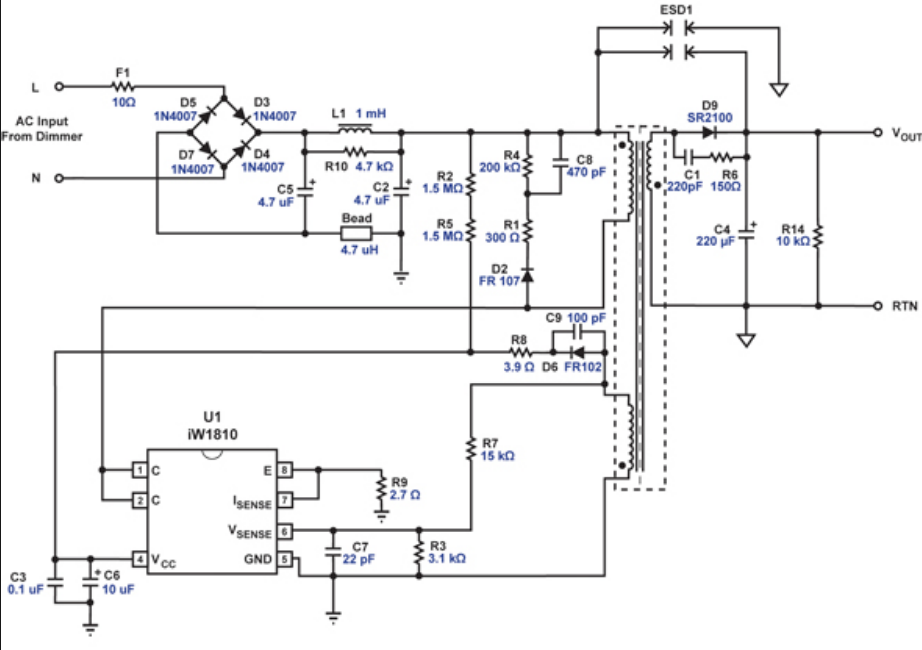 As you can see, if you connect any load to the AC prongs (like fingers or else), they appear to be connected to the cap via diodes in REVERSE bias, so the diode impedance is very high, and the current is negligibly small, and it can't cause any harm.

To add to @Ale..chenski's answer, human skin impedance varies with frequency. The impedance is lowest in the 50-70 Hz range, which is why it is so easy to get shocked by electrical mains.

The voltages coming from the unplugged power adapter are essentially in the DC frequency range, for which human skin impedance is very high. (This is because at DC, ions in the tissues migrate and cause a back-EMF.)

Because your skin impedance is so high, you won't see much of a difference in the discharge time, compared to not touching it at all.

1
How can I convert the current from a fan to the microphone headset input on an iphone?
0
How much energy can the iphone output into an external device?
15
How does this iPhone app measure the power flowing through an AC appliance cord?
0
How do two capacitors share the same current?
0
What is the type of AC power in Power supply/Adaptor rating?