Using a diode or resistor, to supply minimal voltage to LED Driver (Help!)

I'm using a dual 60W LED multi-chip pendant lighting (a.k.a. "high bay" pendant light with two 60W LED chips). This light is using an RGB driver (one per multi-chip) that has a remote control to adjust the LED. It can do several things to mix the color output, as well as strobe, flash, dimming, etc of the chip. Very nice to have, however those "features" of the driver/remote control are causing me a problem.

How it's wired currently:
I'm using an electronic timer that shuts the driver off during certain hours of the day. The timer is pretty simple as it connects to 110V and has 2 circuits of output. Meaning it will turn on/off 2 different output circuits. Here's a sample of how the timer is wired to the LED light (L being "live" and N being "neutral". 3-4 and 5-6 are timer circuits on/off). 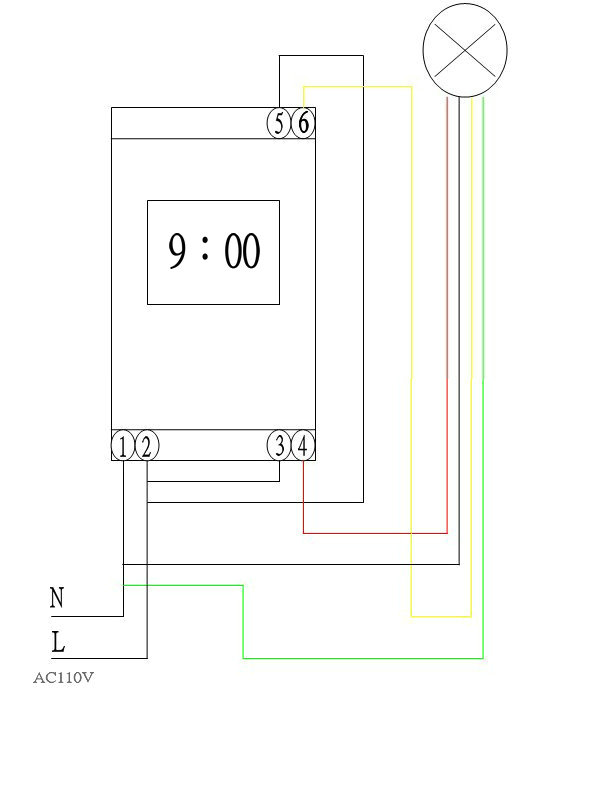 The problem:
With the light powered on I set the light to a specific setting (using the remote control). When the driver loses power and shuts off via the timer I also lose my memory settings on the LED driver. This means when the timer again turns on the light (provides power back to the driver), the light will turn on with a default setting. This setting just happens to be a "flash" pattern and not the setting I set with the remote before it turned off. It tells me there is no "non-volatile memory" on the LED driver.

I need the driver to retain memory when it is turned off via the timer.

I've asked the manufacturer to tell me how much power is it going to take to retain memory only as I just want that little bit and not enough to turn the driver back on or light the 60W multi-chip LED until the electronic timer says "on" with full 110V power.

My thought is to use some kind of resistor or diode (not sure what term I should be using here), between the two leads as shown in this figure. (Testing with something that gives me 25, 50, or 75% power output to see what it takes for the driver to retain memory): 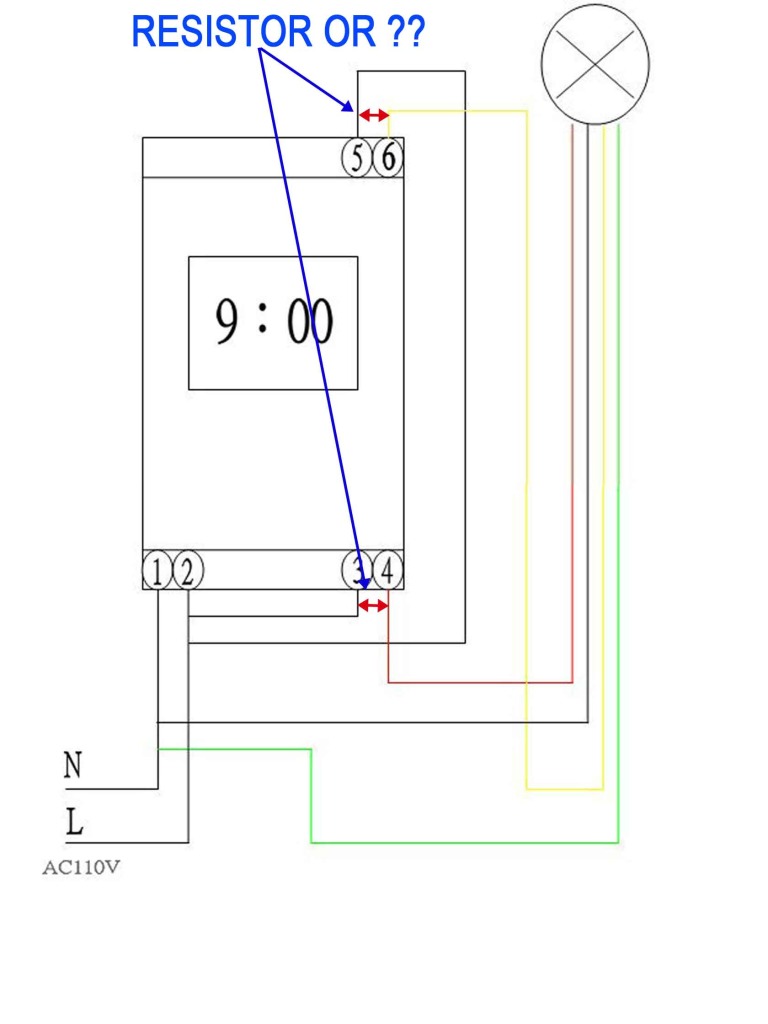 Of course I'm working on obtaining a driver that does what I need (asking the manufacturer if they can re-design the driver with flash or non-volatile memory and/or to have the driver default to a setting I need specifically). In the meantime I'm looking to see what I can do to rectify the problem. It could be months before they get me a working product.

Anything you can assist with to HELP me... would be greatly appreciated!!

Just use timer to cut power to the LEDs and keep driver on standby.

Not the answer you're looking for? Browse other questions tagged led resistors diodes driver timer or ask your own question.