I have the following schematic using the motor below. (I did not create the schematic) The only information I have on the motor is what is on the information plate. The current schematic works, somewhat. When the motor flag hits the sensor, it takes too long for it to stop as shown in the third picture. (The white tape was added for clarity) It still stops it but the flag almost makes it through the sensor. If the 12v battery is fresh it doesn't stop it quick enough and the flag is completely out of the sensor by the time it stops. As the battery drains, it starts working correctly and stops in the center of the sensor as in the last picture. What can I change or do to ensure the motor stops better as soon as the sensor is hit? Also to note, I am not an electronics guy, I just know enough to be dangerous. The run/stop is a signal from an 8051 coming from another board. 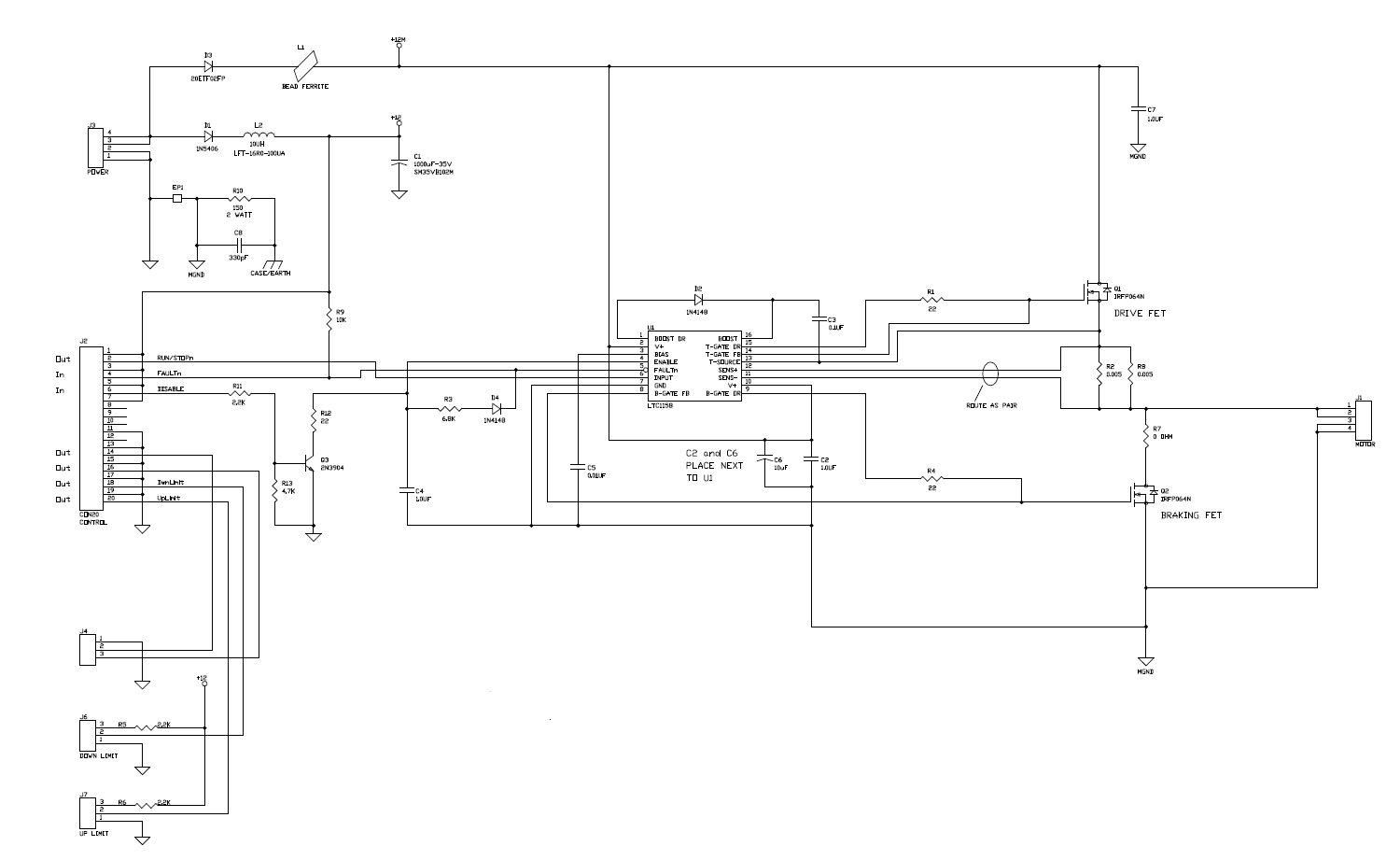 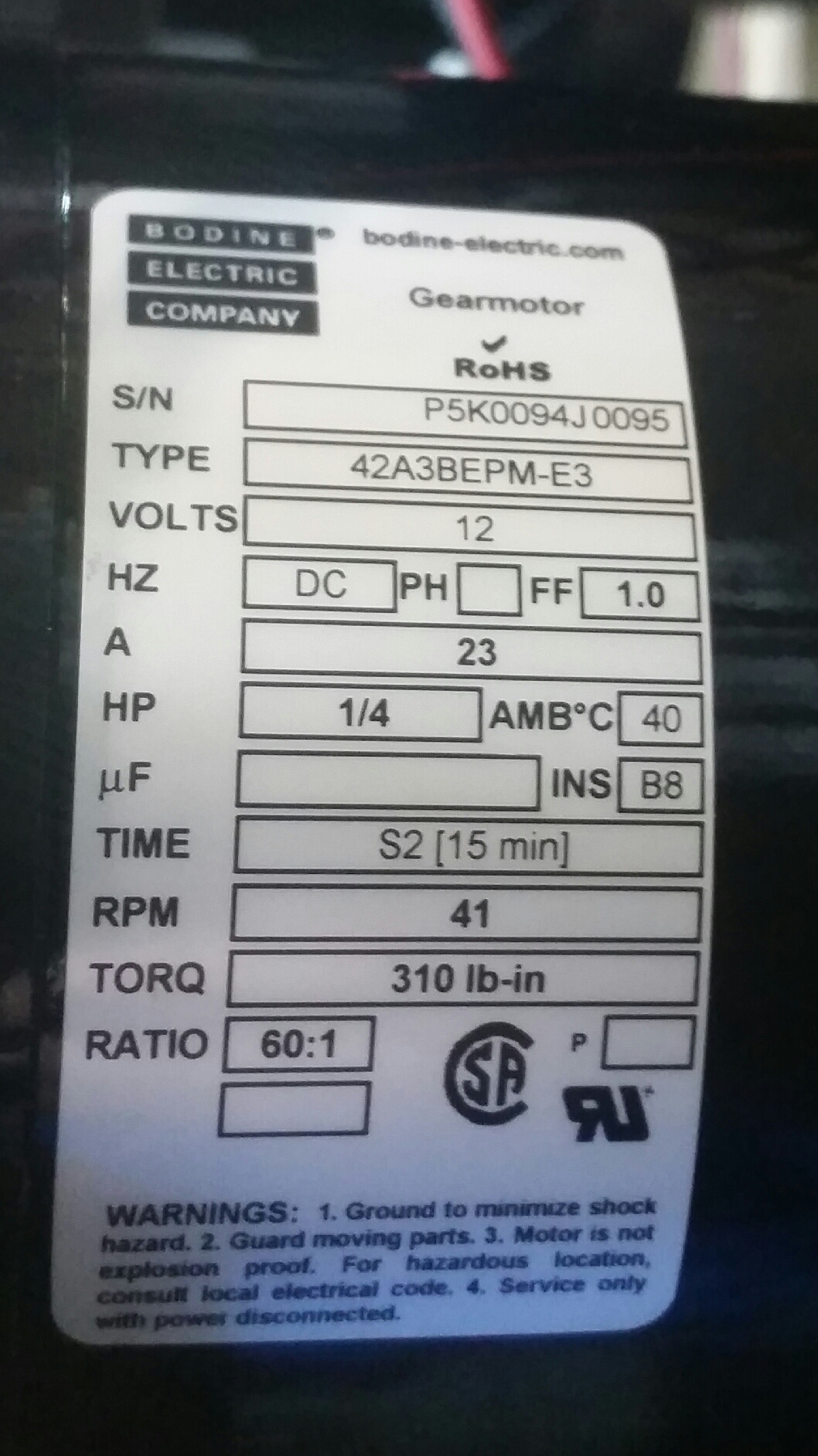 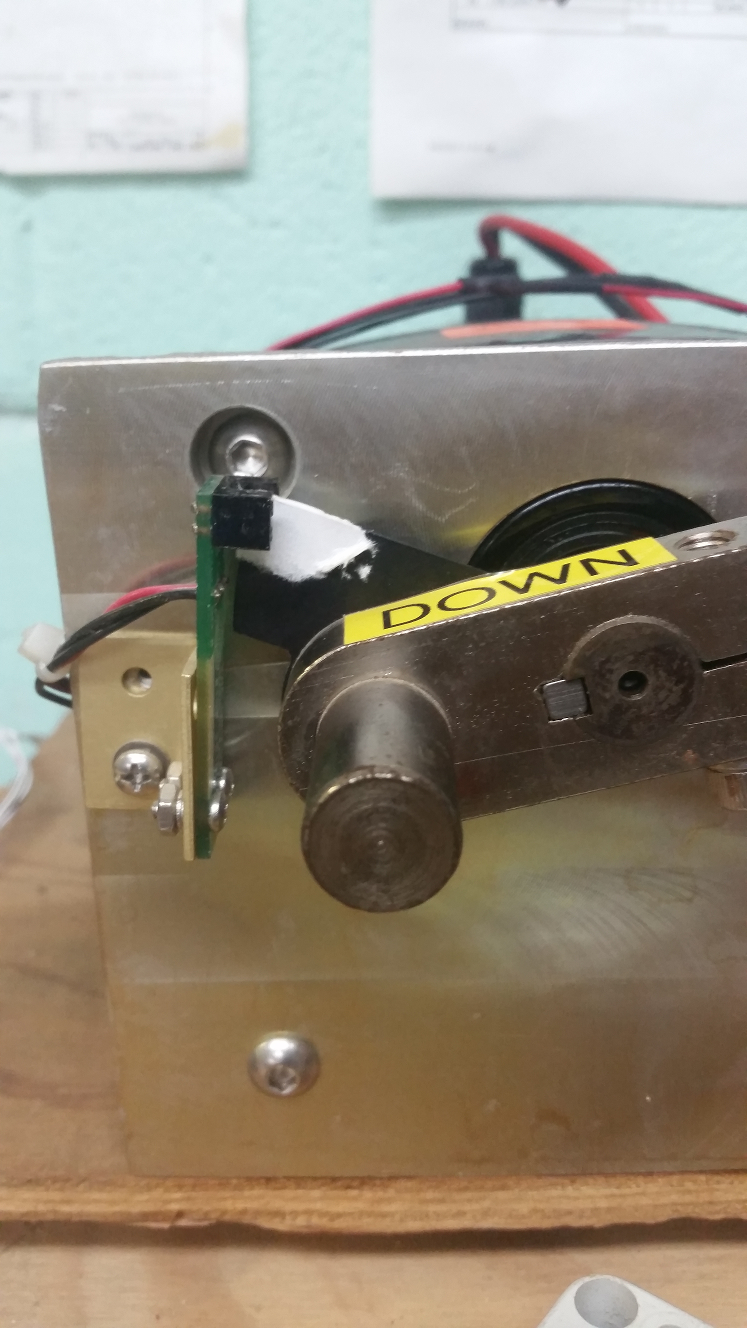 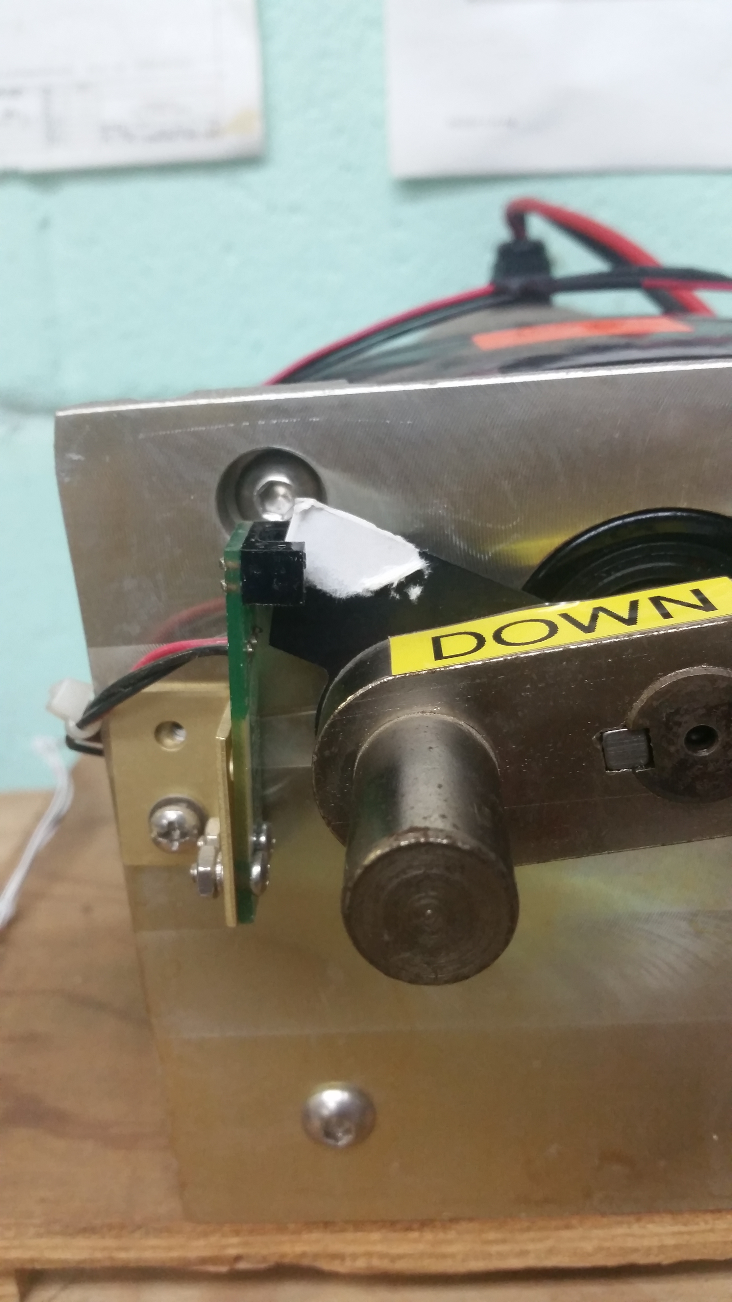 My guess is that when the battery is 'fresh'(ly charged?) the motor runs too fast to stop in time with the current braking effort. Some possibilities:

1) You could try to advance the sensor a bit, but that'll only mean that the accuracy is determined by the battery.
2) You're really not 'an electronics guy'. Then you can buy another control board as shown in your picture and connect everything in parallel. This will give the DC motor a twice as big braking current without modifying, and, being dangerous enough, destroying the one circuit you have.
3) Or, if you are more into electronics than you like to admit, you could put another (same type) power MOSFET with duplicate braking resistor in parallel with the existing braking MOSFET + resistor and pray that the driver will still work correctly.
It's not HF switching, so I don't see much of a problem with this.
Get (exactly) the same type of MOSFET as the current braking one and another (I think it is) \$2 \, \Omega\$ resistor of the same power as the one in place. Place the new MOSFET as close as possible to the existing one, especially the gate and source connection, to prevent 'ringing' of the gate circuit. Connect the source and the gate to the same contacts as the current one, connect the drain to the new braking resistor and connect the other end of the braking resistor to were the top of the first is connected.
Provide the same cooling as the existing MOSFET and braking resistor.
4) As in 3), but then with a buffer to accommodate the higher gate driving currents.