I am designing an adjustable non-inverting buck-boost converter based on LM5176 chip. Adjusting is done by DAC via feedback network, more on that technique can be found here. The input voltage is 32V and is been sourced from bench power supply unit. At the start, the DAC output is 0V, the converter should reach 50.6V at the output. It does that and then goes down to ~1.5V and never starts up again. The same happens with 17.8k resistor connected to GND instead of DAC output, so I ruled out any spikes on DAC output causing the problem. With 17.8k resistor removed it works perfectly and reaches 42V at the output. The feedback loop is working fine since the load transitions from 0A to 0.9A are fast and without ringing in both buck and boost modes. I did increased capacitance of CS-CSG filter, because it was quite polluted with ringing (~160MHz) from switch nodes. Both instant and average current limiters are working as expected.

On most of burned LM5176 chips I found that COMP (error amp output) pin was shorted to GND. And in some the FB pin was also shorted to GND. The max output voltage according datasheet can be 55V on this converter, so I need at least 50V. At lower starting voltage (up to 42V) I can measure and paste here voltage or waveforms at any point in the schematic, so don't hesitate to ask for them. Values of the parts are written and if some part number is required, I can write it down. So, any ideas for debugging or upgrading this converter? 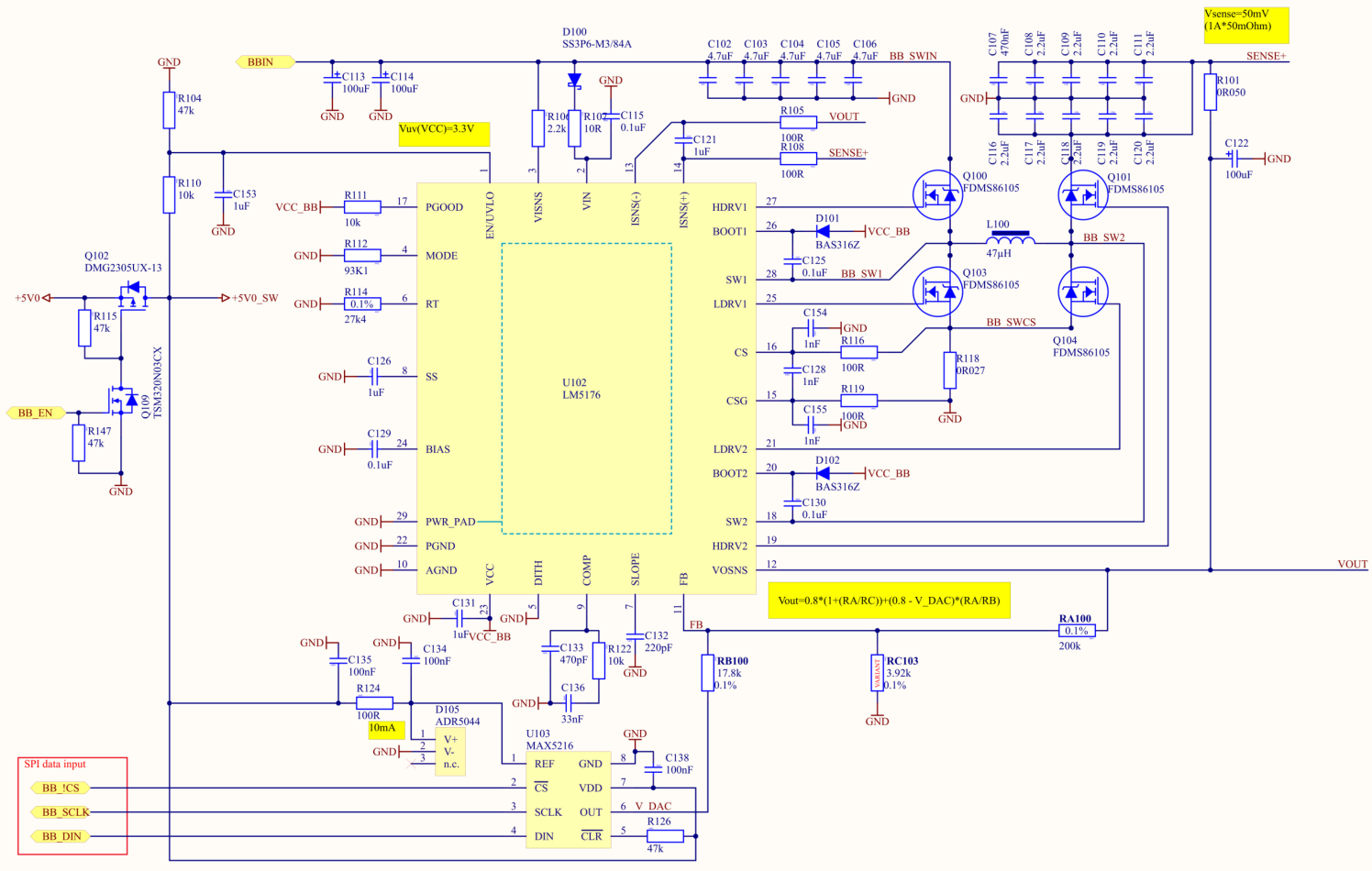 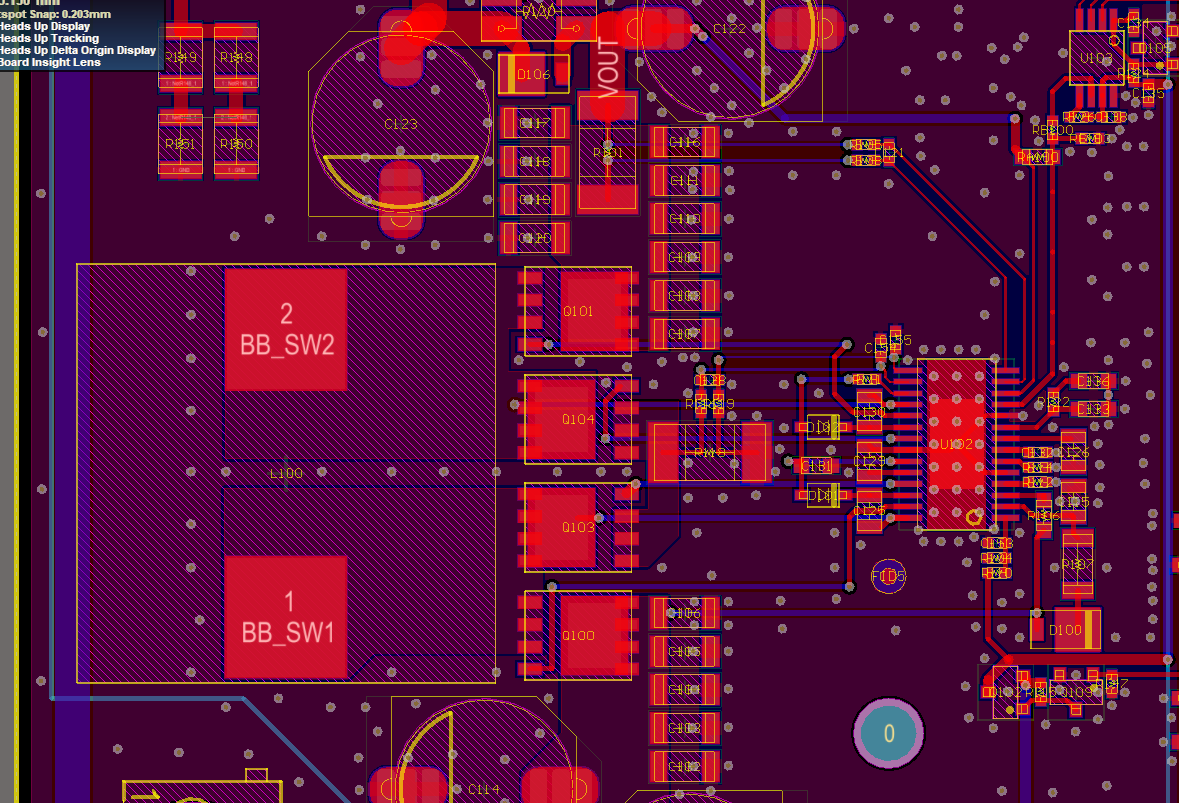 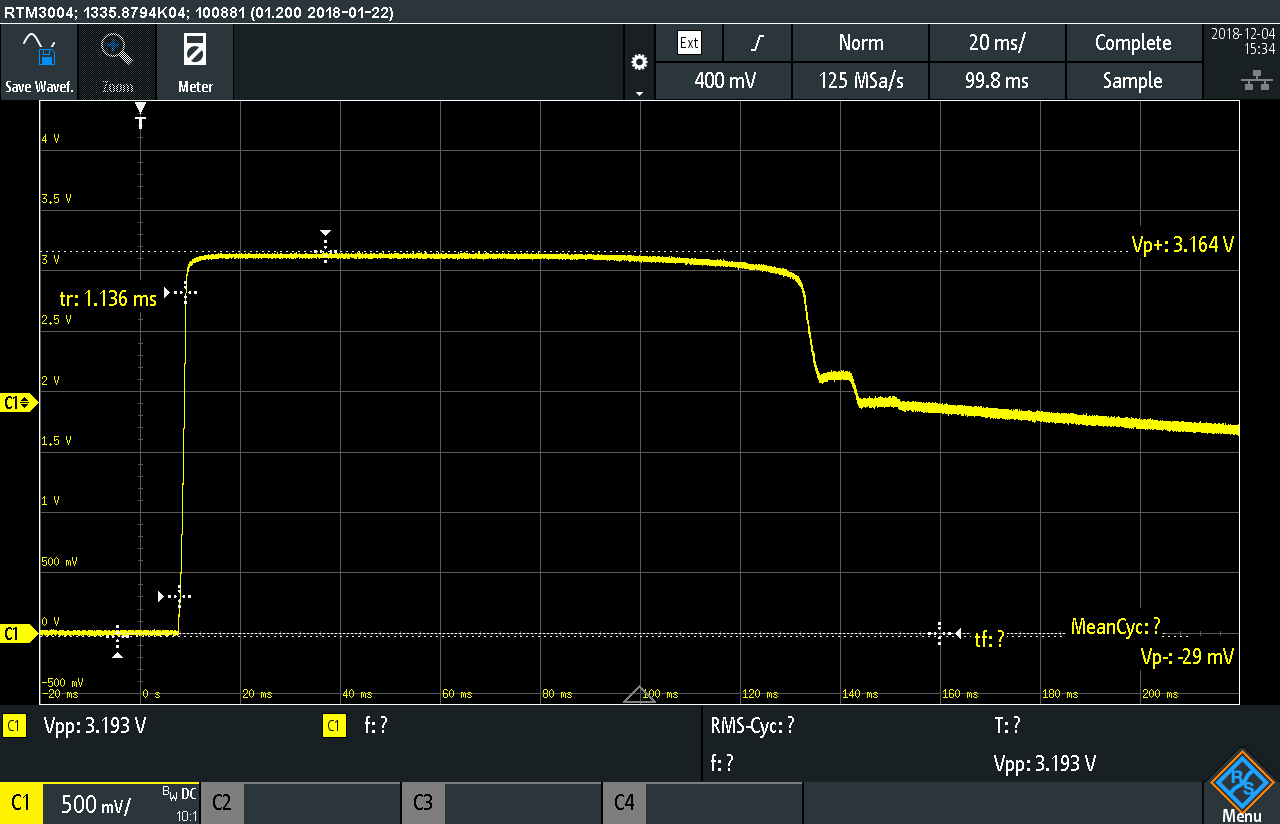 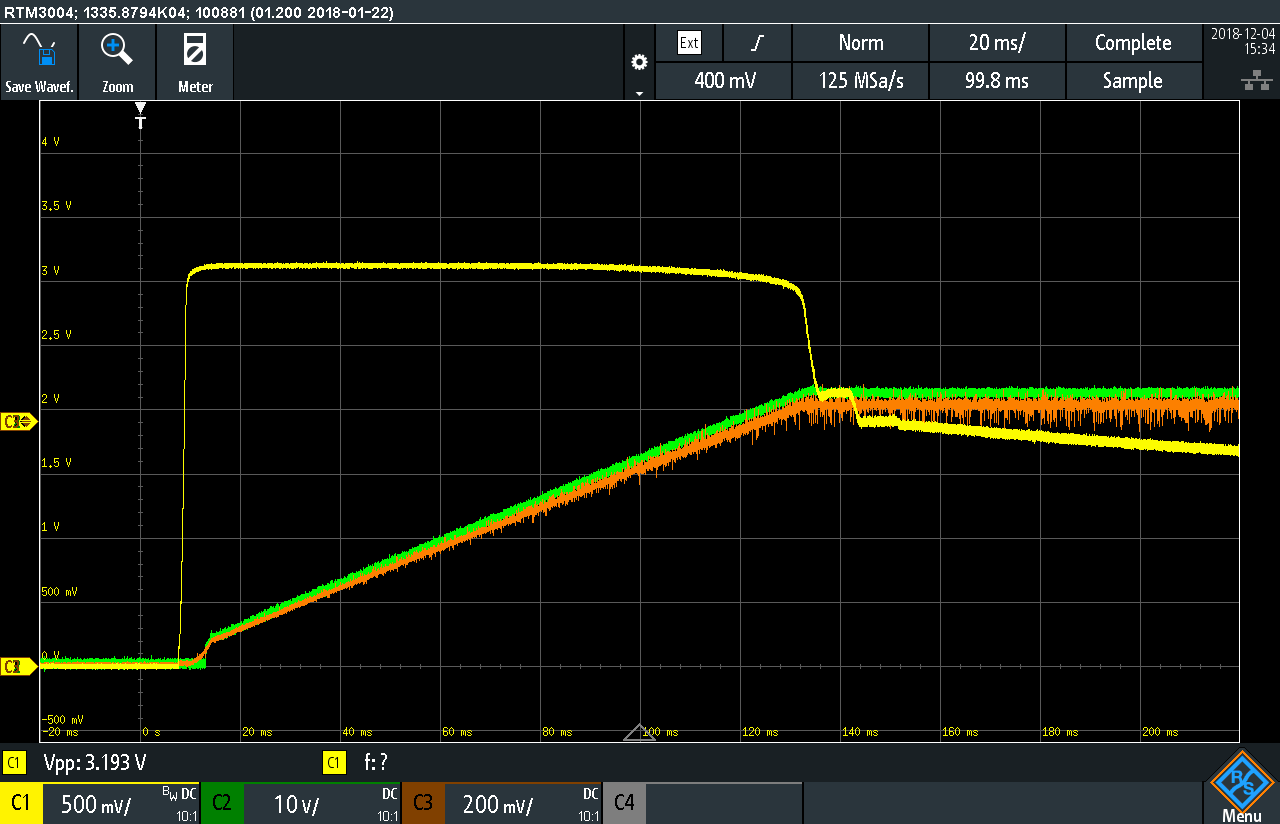 I found the problem. I saw the huge 150MHz ringing on the SW2 node. Tried to add a snubber, but the ringing was still huge - up to 30Vpp. No wonder this burns the controller. Then I measured the signals on gates of the MOSFETs and the ringing was there. Since the drivers for the MOSFETs are pretty fast, the trace inductance and gate capacitance makes good resonator. To damp those oscillations I need to put the resistor in series: The dead time between switching is 45 ns; The max gate capacitance is 650 pf; The driver voltage is +8V and I need only 6V to fully open the MOSFET; So this gives me maximum resistance of ~50R, I put 33R and the ringing is gone. The output reaches 51V and works perfectly.