How to radiate a positive oscillating voltage?

I am trying to build a simple AM transmitter, transmitting only a carrier wave and thus silencing the noise on my radio standing next to my circuit.

I built this circuit on a breadboard. 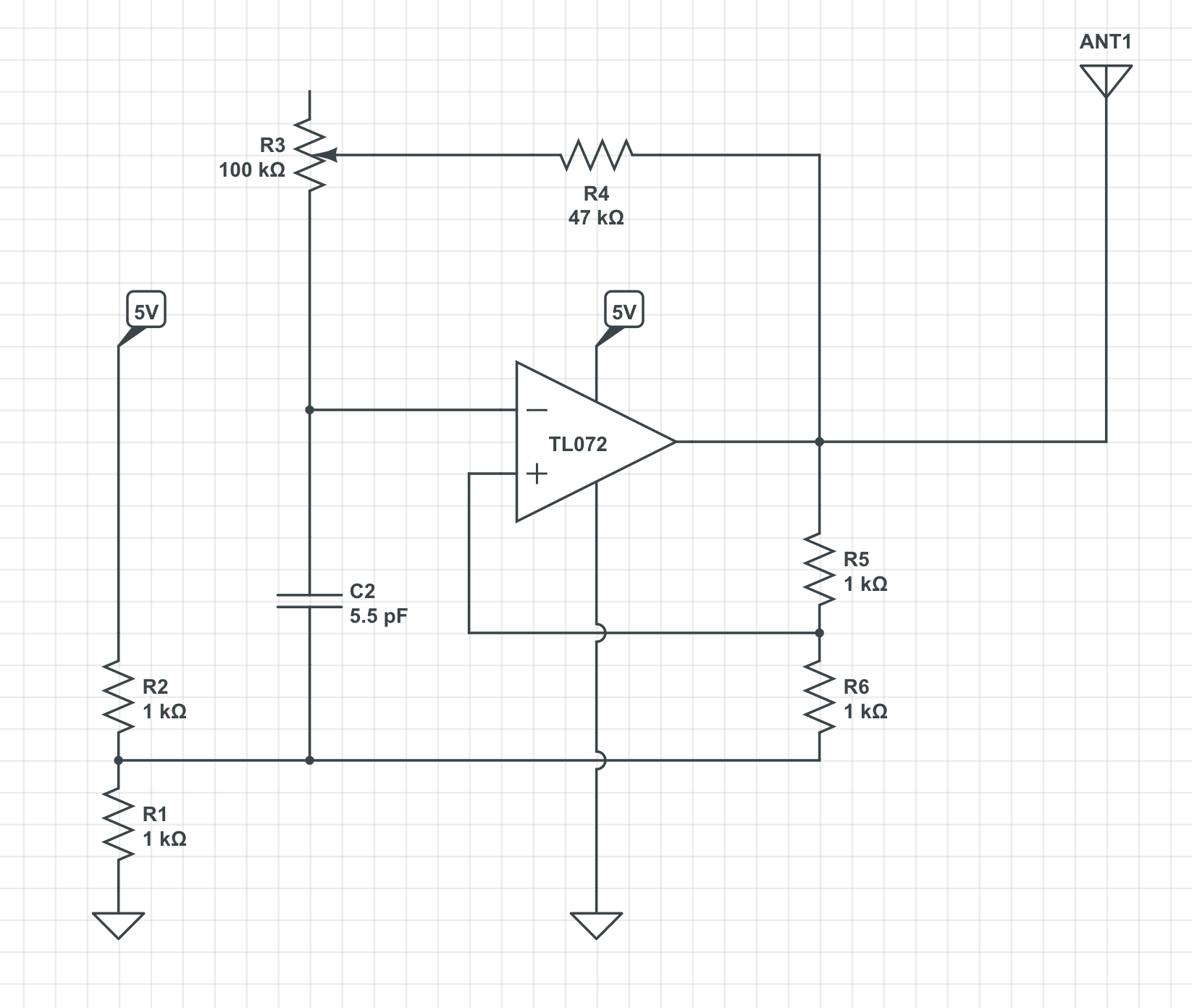 It's a simple positive square wave oscillator designed to produce a frequency between 618kHz and 1934kHz, roughly the range of my radio. When simulating, this indeed produces the square wave intended.

At the output of my oscillator I simply put a wire on my breadboard acting as an antenna.

This however doesn't influence the audio coming from the receiver in any way.

Update: It is not per se my intention to just jam a nearby radio. I try to get this circuit or something similar to work, as an early step in establishing a solid understanding about RF-communication. I try to radiate something controlled at a variable frequency. Just a carrier wave and thus silence seems the simplest to do.

The minimum recommended supply is 10 volts between positive supply pin and negative supply pin. You are using 5 volts according to your circuit.

Also, to make an effective monopole antenna you will need a ground connection or at least a few hundred pF capacitance to real ground.

Check that the circuit oscillates using an oscilloscope. I doubt that it will with a TL072 and a 5 volt supply. Be also aware that when you do get it working you might really annoy neighbours who are listening to their radio and you might contravene local laws on illegal radio transmission. I would suggest you use a ferrite rod and coil as you transmitter antenna as this has very poor penetration range due to it only producing a magnetic field and not a full-blown EM field.

When simulating, this indeed produces the square wave intended.

A simulation is only as good as the models used. I simulated your circuit using LTSpice and this model of the TL072. It required a minimum supply voltage of 18V to oscillate, and the maximum frequency obtainable (100k pot set to zero) was ~240kHz. 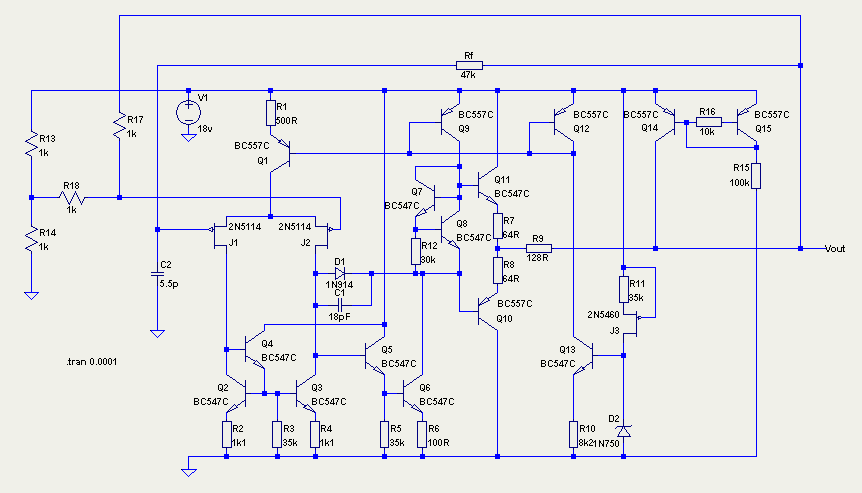 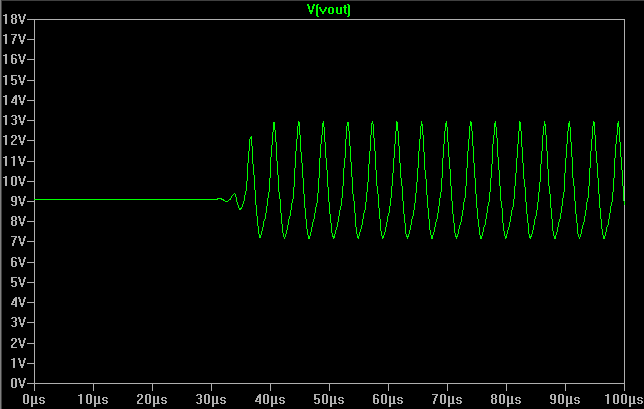 AM transmissions add together in an AM radio which is why AM is used for aeronautical communications, then a pilot can MAYDAY his call over a channel already being used by another pilot. AM has lots of click, pop and snap interference that is common.

FM radios have a "capture ratio" where the strongest signal captures and uses a channel and other lower level interference on that channel is not heard.

A TL072 is an audio opamp that works poorly at the radio frequencies you need. Make a radio oscillator with radio parts. You probably need an illegal very high power AM carrier to swamp out your AM interference.

Once you get the power supply correct ( + and - 5v) there is no means for this to oscillate. Once the op amp output reaches 5 volts R5 will hold it there in saturation. If your intent was to make a phase shift osc. try grounding the positive input to the op amp. That way there is reference 0 voltage at the input. second make a three section rc network to achieve 180 deg phase shift at the frequency you want. calculate RC phase shift of 60 deg for each and connect in series. start with the capacitor then the resistor to ground. this blocks the DC voltage from the output. use the op amp output to drive the network and connect the other end of the network to the neg input of the op amp. R3 and R4 set the gain but any gain above one will oscillate. C2 is not needed. R1 and R2 provide a 2.5 volt reference which has no effect. Any long wire antenna will radiate some. if you match the op amp output impedance to the antenna you will get maximum power transfer. A vertical whip over a ground plane is ~ 75 ohms impedance. Whip length ( 1/4 wave length) determines resonant frequency. Short antennas need a loading coil to get the impedance you need. Also, square waves are composed of harmonic content. check Fourier analysis of a square wave. I hope you have some EE background because you will otherwise be lost.

Not the answer you're looking for? Browse other questions tagged operational-amplifier rf oscillator transmitter or ask your own question.

3
Using a 434MHz PCB Trace Antenna
0
LC comparator based oscillator
0
Filter behaving as oscillator
2
Does a carrier wave need to be sinusoidal?
2
How does this Pierce Oscillator work?
1
Making a low voltage oscillator audible
0
What's the simplest high voltage AC square wave oscillator?
3
Why is this BJT Schmitt trigger producing a sine wave?