Can anybody identify this SiTel IC

I am trying to identify an IC in order to repair a circuit board. Here is a photo of the IC in question: 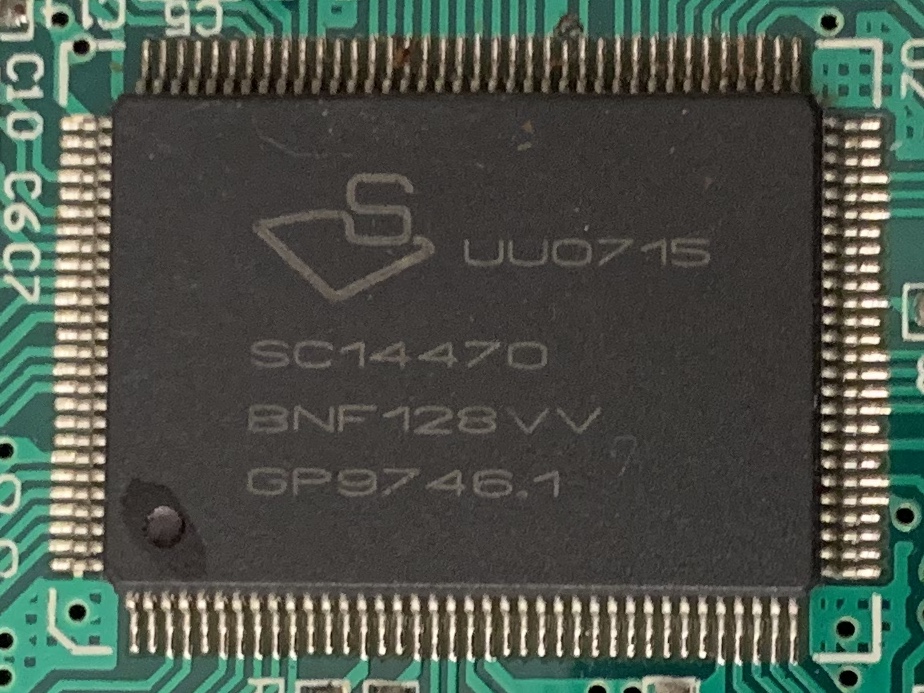 For reference, the markings on it are:

And here are the clues I have found so far:

In the end, I am truly stumped about the function of this chip, nevertheless lots of important info about it. (I could really use just a pinout!) Can anybody find out anything else about this chip?

EDIT: I managed to figure out what was wrong with the board (one diode had a loose connection and the other was missing, both due to poor soldering). But I'm still curious about what this chip is!

If following the trace in my own X-Plorer guitar's board tells me anything, I believe it to be the USB controller.

Not the answer you're looking for? Browse other questions tagged integrated-circuit identification components or ask your own question.

3
What electric part is on this manhole cover?
6
Can you identify this crystal oscillator?
5
How to identify unknown component
2
Does anyone know what this component could be?
2
Where can I find more information on this mysterious IC? (V100 ZJ51VMP)
8
Can anyone indentify this component?
1
Help confirming probable dead flyback diode
3
Chip/Manufacturer ID - Possible ":C" logo